After more than ten years in the role, Scott Goodman has resigned from his successful tenure as High Performance Director and Dale Stevenson, Lead Coach Throws, has signalled his intention to head back to his native Australia in March. Scott, who is also heading back home to Australia, will leave Athletics NZ in late January to take up a new sporting role in his homeland.

Scott leaves an outstanding legacy from his time in New Zealand. He led significant growth in the strength and depth of able-bodied athletics and drove the full integration of Para athletics leading to an unprecedented era of success for Para track and field athletes. 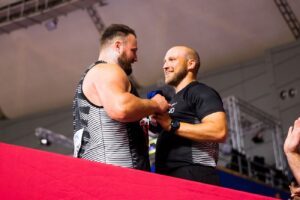 While heading back to Australia with family in March, Stevenson will formally step down from his role with Athletics NZ after the Birmingham Commonwealth Games in August. Dale came on board in 2014 and has played a leading role in the development and ongoing success of New Zealand’s throws programme.

Athletics NZ CEO Pete Pfitzinger paid tribute to both men saying, “Both Scott and Dale have made defining and lasting contributions to our high performance culture and can be very proud of their achievements during their time with us. They will be sorely missed.

“Scott has endured limited family time for over a decade and with Covid-19 travel implications an ongoing issue we fully support his decision to return home. Dale is similarly putting family first around his decision.

“We wish them both the very best and know they will continue to support Athletics NZ in the years ahead.”