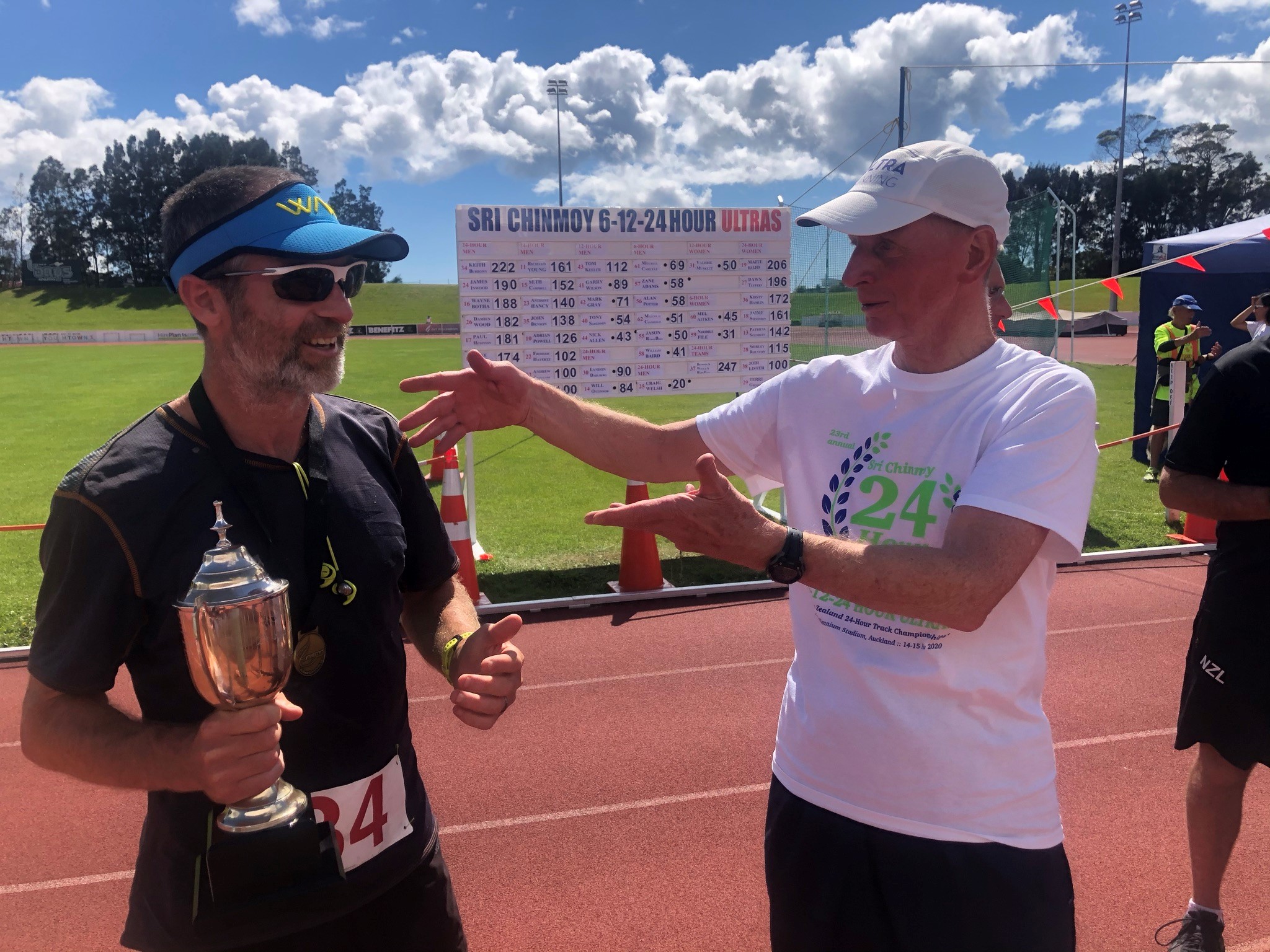 Keith Burrows hopes to put behind him a challenging year in an attempt to create history and become the first man to successfully defend a New Zealand 24-hour title at AUT Millennium, Auckland this weekend (12-13 Nov).

The 47-year-old Aucklander racked up an impressive total distance of 222.495km en route to winning the title in 2020 and following the Covid-related cancellation of last year’s edition he has the chance to clinch back-to-back 24-hour crowns on the North Shore.

However, Keith admits it will be no easy feat having been troubled by an ongoing hamstring issue, which has badly compromised his preparation.

“I’m not in great shape,” he admits. “I’ve had hamstring injuries for years, which might be the root cause and with the sciatic nerve issue in the hamstring it hurts to run. Just three days before the Auckland Marathon (last month) I was in really bad pain during a training run, and I thought I would have to pull out of the race.

“I went to see a physio who decided I had a load of scar tissue from a ruptured hamstring I sustained years earlier playing football. He did some work on it and the next day I could run pain free. I was hoping for faster but managed to run the marathon in 2:52, although I had scaled back training.”

Keith, an IT consultant from Ponsonby, runs an average of 150-160km a week – racking up the bulk of his mileage along the Auckland Waterfront. After taking the New Zealand title on his 24-hour debut, he then enjoyed a successful 2021 highlighted by a stunning three-week period during which he snared the 45-49 age group title at the Rotorua Marathon in a PB of 2:43:25, set a half-marathon PB of 1:13:54 in Huntly and then secured the New Zealand 100km title in Christchurch in 7:43:17.

Yet if 2021 ran like a dream for the Owairaka AC athlete this year has proved far more challenging.

“Every time I have had a bit of momentum, I’ve either been hit my injury or illness. In a multi-day ultra I had a problem with my glutes, later I had Covid and then I spent a month in England where I didn’t train as much as I would have liked.”

Despite this however, he has managed to pull out the odd impressive performance this year, highlighted by a PB of 2:40:25 at the Reboot Marathon in May – which offers an insight into his ability.

Leading into this weekend he admits to feeling some pain in his hamstring, but despite enduring a far from perfect year he is prepared to put his body on the line in pursuit of more national honours.

“I might be chasing something that it is not there, but to defend the title is a bit motivation,” he adds. “I looked on the trophy and no-one has defended it before, so I’ll give it a go and see what happens.”