Coaching duo hope to lend their support in Mackay 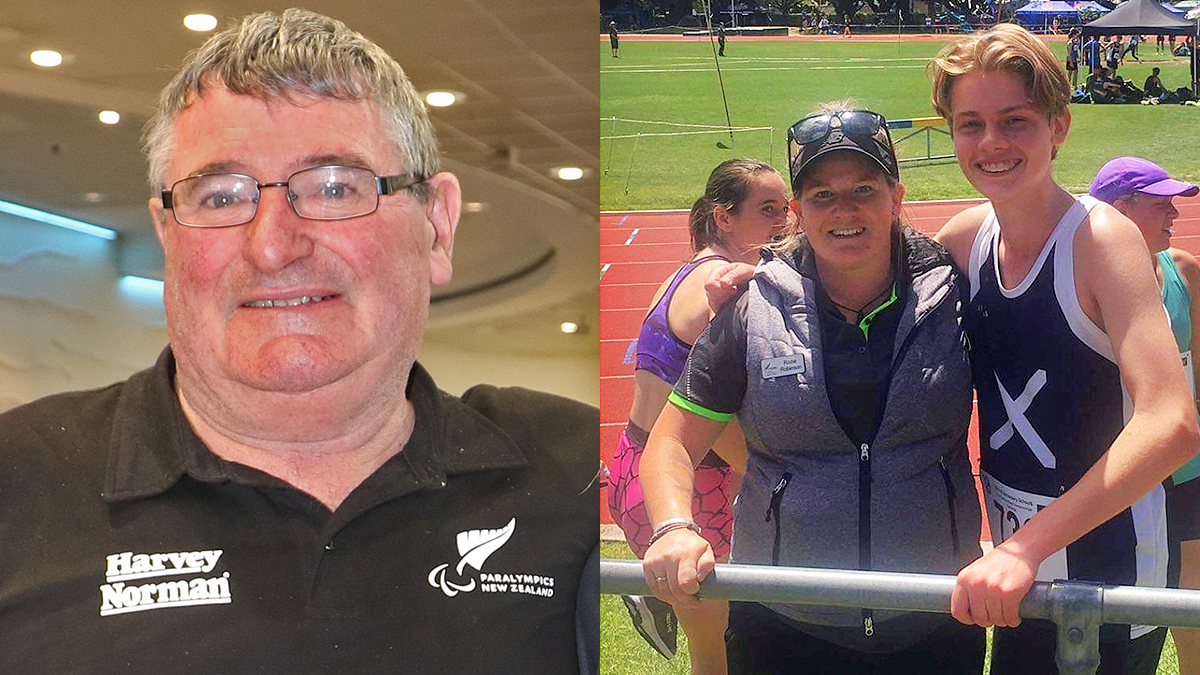 Athletics NZ have selected two coaches to serve as part of the team at the Oceania Area Championships in Mackay, Queensland (7-11 June). Steve Landells chats to Rozie Robinson and Alan McDonald to find out more about their role and expectations around the coaching opportunity.

Athletics NZ Oceania Area Championships coach Rozie Robinson is hoping to use the experience of the trip to help expand her knowledge within a team environment.

The Christchurch-based former national race-walking champion opted to move into coaching “four or five years ago” to replace the void left by her former coaches John and Ann Henderson who retired from coaching.

It is a move Rozie has not regretted for once second and she admitted: “I enjoy coaching a lot more than competing. I love the thrill of seeing the athletes I coach achieve their goals.”

Drawing from her coaching mentors; Australian-based Simon Baker – of whom she describes as a “technique guru” – and Athletics NZ Out of Stadia co-ordinator and endurance coach John Bowden, Rozie has built up a highly promising training group of around 15 race walkers plus several runners.

Among the group include New Zealand U18 3000m and 5000m race walking champion Jonah Cropp and national women’s 3000m and 10,000m race walk champion Courtney Ruske – both of whom will be competing in Mackay.

So what was her motivation on pursuing an official coaching position on the trip?

“When my athletes got selected (for OAC) I wanted to be there for them, but I also know a whole group of New Zealand high performances coaches would be there, which would allow me to better myself as a coach. I can draw off their knowledge but also get to experience a team environment where I’m not just coaching my own athletes but working with other athletes and their coaches.”

Besides Jonah and Courtney, the three other athletes under her wing in Mackay will include recently minted New Zealand marathon champion Hannah Miller, New Zealand mile silver medallist Matthew Taylor and middle-distance runner Rosa Twyford and she can’t wait to establish a relationship with the three new athletes.

“I hope to learn a lot from the experience of Hannah Miller, for example, and her experiences of having been based in the US for many years.”

Looking forward to working with the personal coaches of the athletes and attending coach education clinics as arranged by Athletics Australia, Rozie fully intends to make the most of every minute of her time in Queensland.

“My aim is to get to the top as a coach but in order to do this I know I will need to adapt my coaching,” she explains. “I hope through my experiences to learn more knowledge and also pick up some great contacts, who can help mentor me to become a better coach. If you want to be the best, you are forever learning from others.”

In contrast to Rozie Robinson, who is in the relatively early stages of her coaching development, Alan McDonald will bring the benefit of more than 30 years of coaching experience to his role at the Oceania Area Championships.

Beginning his coaching journey in the late-1980s at Fairfield Amateur Athletics Club in Hamilton, Alan has helped guide the careers of dozens of athletes in a full range of events.

Later working as Sport Waikato Athletics Sport Development Officer and as a Sport Capability Advisor for more than a decade he also built-up experience as a coach/manager at athletics competitions such as the Inter Provincials, Colgate Games and Pacific School Games learning and developing a skill set which will be of huge benefit in Mackay next month.

“What I learned working on such events was an understanding of how to keep things calm for the athletes and to make them really aware that I was there to support them,” he explains.

Having coached every event – apart from pole vault and hammer – he has had noteworthy success working with Para Athletes, guiding Jacob Phillips to the 2016 Rio Paralympic Games and Danielle Aitchison to double sprint medals at the Tokyo Paralympic Games.

So what was the motivation for Alan to take up an official coaching role with the New Zealand team in Mackay?

“It was important for me personally to be involved as I believe I have the skills that will support the athletes and management,” said Alan. “But I can’t lose sight of the fact that I am not there for me, it is the athletes that are the most important thing. My role is to keep them grounded and focused, take away any panic and remind them that sometimes unexpected things happen. As I always say to the athletes, it is how well you cope with the team environment and unexpected which determines your advantage over your rivals.”

Alan will be working with seven athletes in Mackay including Danielle – whom he personally coaches – plus fellow Para Athletes; Mitch Joynt, Joe Smith, Jaxon Woolley and Paddy Walsh as well as able-bodied sprinters Nadia Evans and Liam Webb.

He is looking forward to working with their individual coaches and acting as the “go between” to help the athletes deliver their personal goals. And given his managerial experience he also hopes to contribute in other ways on the trip.

“I’m quite a seasoned traveller not only through athletics but also in international motorsport,” says Alan, who has also worked as a team manager and media photographer for more than 25 years including the sport of rallying.  “As required, I’m happy to step up and help the team around logistics, transportation and even with intricacies regarding Covid documentation.”