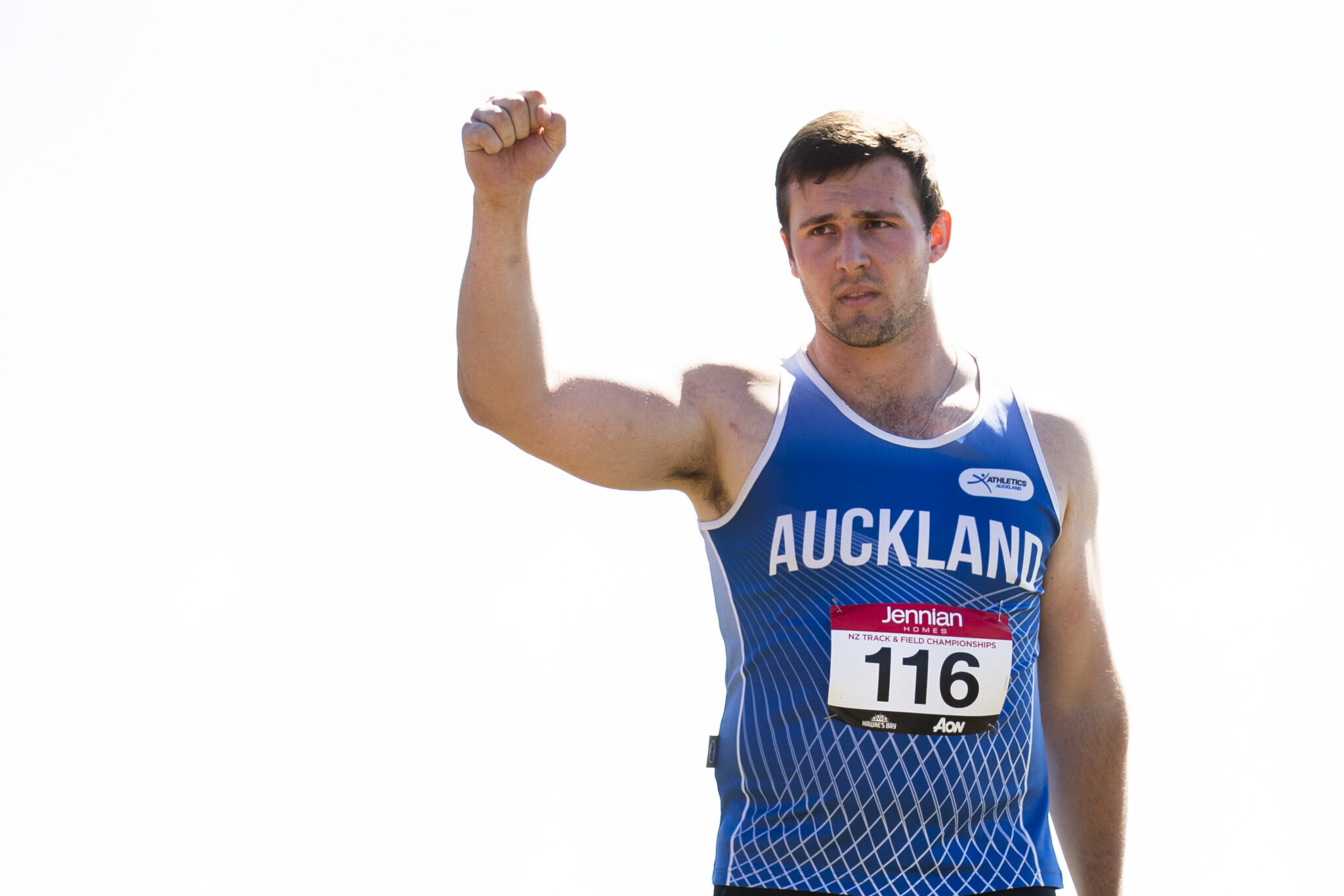 Commonwealth Games discus thrower Connor Bell hopes his highly encouraging PB of 64.31m set in Tauranga on New Year’s Day will stand him in good stead as he enters a busy week of competition in Hastings this week.

The 21-year-old North Harbour Bays athlete plans to compete at the pre-Potts Classic meet on Wednesday followed by the Potts Classic on Saturday hoping to make his mark following a positive start to 2023.

In Tauranga he added a further 2cm to his previous PB set at the Potts Classic in 2021 – a performance which suggests he is back to his best after breaking an ankle in late-2021.

“As far as season opener goes, it is a good result, and moving forward it is promising,”
explains Connor. “The mindset going into that comp was to see where I was at following winter training, and it is good to see the hard work paying off. The performance did not surprise me, it was not an out of the bag throw because pretty much my entire series was further than my best throw from last season. But I don’t want to get ahead of myself, and the goal is to extend that mark further into the season.”

Following the injury, he was some way shy of his best last season. The Aucklander claimed New Zealand and Oceania titles in 2022 but struggled to find his best rhythm, placing eighth in the men’s discus final with a best of 60.23m at the Birmingham Commonwealth Games.

With typical honesty, Connor explains of his performance in Birmingham: “My result at the Commonwealth Games was representative of the shape I was in. We were always playing catch up (in terms of fitness), but to make the top eight and throw over 60m in my first appearance in the Black Singlet – I made the most of the experience.”

After taking two weeks rest post-Birmingham, Connor, who is coached by Mike Schofield, returned to training with a positive attitude. “Working hard and showing up to each training session with intent” has paid dividends while a more “deliberate” approach to nutrition and his sleep patterns has also contributed to his current form.

Each Sunday he how takes the time to cook his lunches and morning teas for the week and that extra preparation better enables his body to cope with the intense demands of training.

“Not only do I not have to worry about making food for the week, but it also helps to make sure that on hand I have the nutrients and fuel I need in and around training sessions. It reinforces that more deliberate approach we have taken.”

The former Youth Olympic discus champion has also been more committed to ensuring he has a more diligent approach to his sleep and rest periods. Making sure he goes to bed no later than 11pm he is also more disciplined at not sleeping in – an approach which helps “set the standard for the day” and also played a part in ensuring Connor is better prepared for each training sessions.

“Globally I’m stronger, more powerful, a little bit leaner, faster and technically more proficient,” he explains. “We are still trying to build strength in all areas, and we are trying to work on a lot of acute skills like fighting the discus and being exposed to different throwing stimulus. It creates that variation and ensures those skills that you learn when you are under pressure become more ingrained.”

Next up are the pre-Potts meet and then Potts Classic at his favourite venue – Mitre 10 Park in Hastings – scene of his New Zealand resident record mark of 64.29m set in 2021, which remains the resident record because the steel tape was not used for his 64.31m in Tauranga earlier this month.

A huge fan of the beautiful weather and conditions regularly thrown up in the Hawkes Bay, Connor, whose primary goal for the year is to throw far at the World Athletics Championships in Budapest in August, is relishing the prospect at competing in Hastings and hopes to build on his performance in Tauranga.

“I was happy with my throwing mechanics in Tauranga, and I hope to execute in a similar way at the pre-Potts meet and at Potts,” says Connor. “The main thing it is go out there and have some fun, because that is when the magic happens, and that will give me the best opportunity to do something cool.”