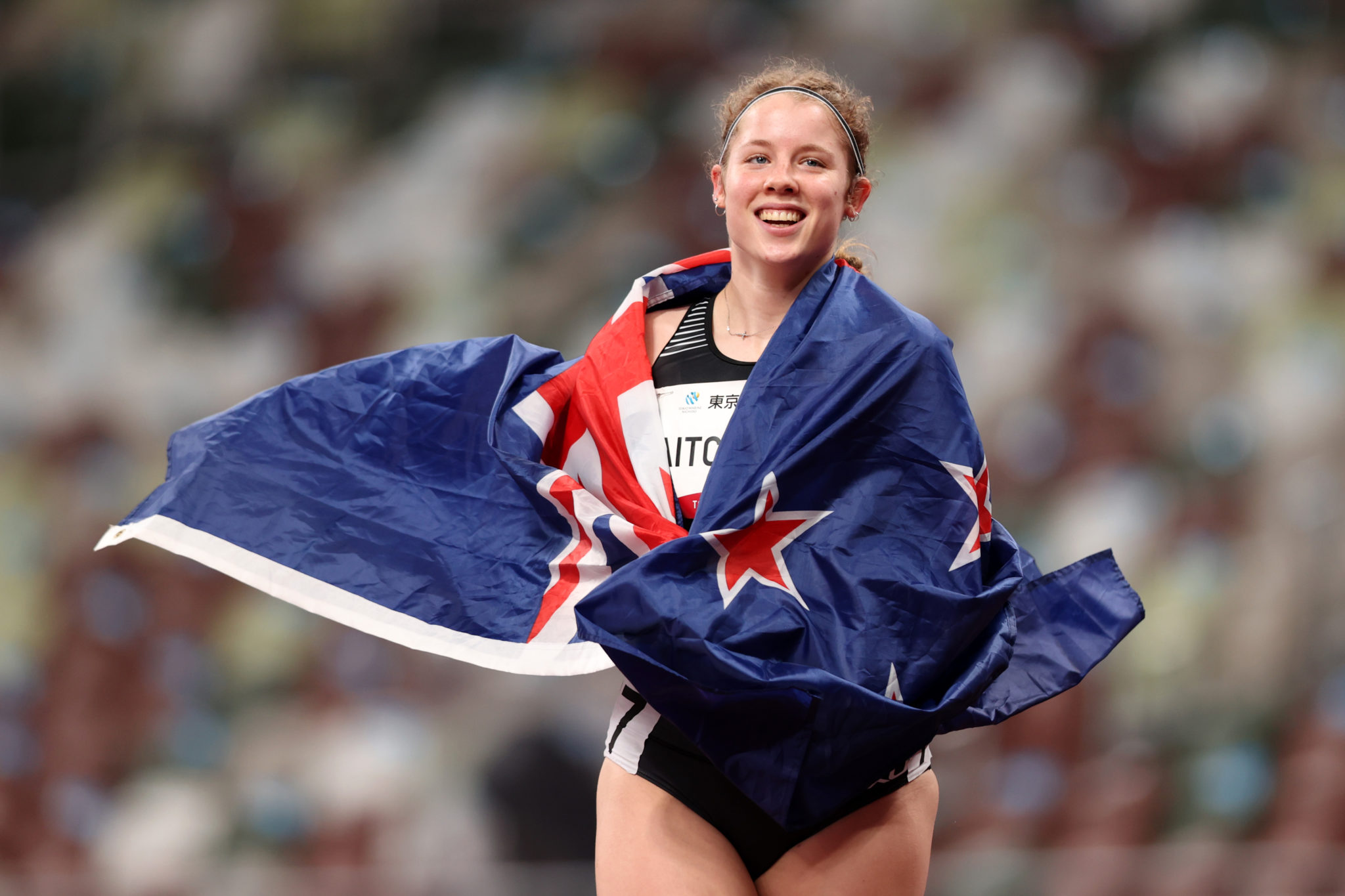 On a surprisingly damp and chilly evening in the Japanese capital, the ever-smiling 20-year-old Hamilton-based athlete added to the silver medal she won over the 200m distance on Sunday – stopping the clock in 14.62 (-0.6) to earn another spot on the dais.

In a high-class final Shi Yiting of China lowered her world record time to 13.61 to strike gold and secure the 100m and 200m sprint double in the T36 classification.p

Competing in only her second major international competition, Danielle got away to a slick start in the final, although it was Yiting – with her short, choppy stride – who quickly established a clear advantage on the field.

For the first half of the race Danielle held a solid second only for 2012 Paralympic champion Elena Ivanova to challenge the University of Waikato student.

In a furious dash for the line, Ivanova of the Russian Paralympic Committee grabbed silver in 14.60 but just 0.02 behind, the New Zealander took a precious bronze medal, bravely repelling the late-charging Argentinian athlete Yanina Andrea Martinez.

“I was confident going in to the final but because of my cerebral palsy I was a bit tired,” explains Danielle, who finished fourth in this event at the 2019 World Para Athletics Championships. “I was really hoping towards the end to just hold on to third position. Then once I crossed the line, to know I’d got it (bronze), I was so satisfied.

“I’m really happy to come away with two medals (from Tokyo). It’s been an amazing experience.”

Her double medal-winning display at Tokyo 2020 was an outstanding achievement from Danielle who only took up competitive disability athletics four years ago.

Earlier today in the heats, the Alan McDonald-coached athlete served notice of her intentions by setting an Oceania record of 14.35 to advance fastest to the medal round.

Danielle’s bronze medal meant New Zealand’s Para athletics team extended its sequence of having won a medal on each of the past five days of competition at Tokyo 2020.

Anna Steven is the next Kiwi in action inside the Tokyo Stadium. The Auckland-based blade runner, who finished eighth in the women’s 200m T64 200m final on Tuesday, competes in heat two of the women’s 100m T64 on Friday at 12.01am.