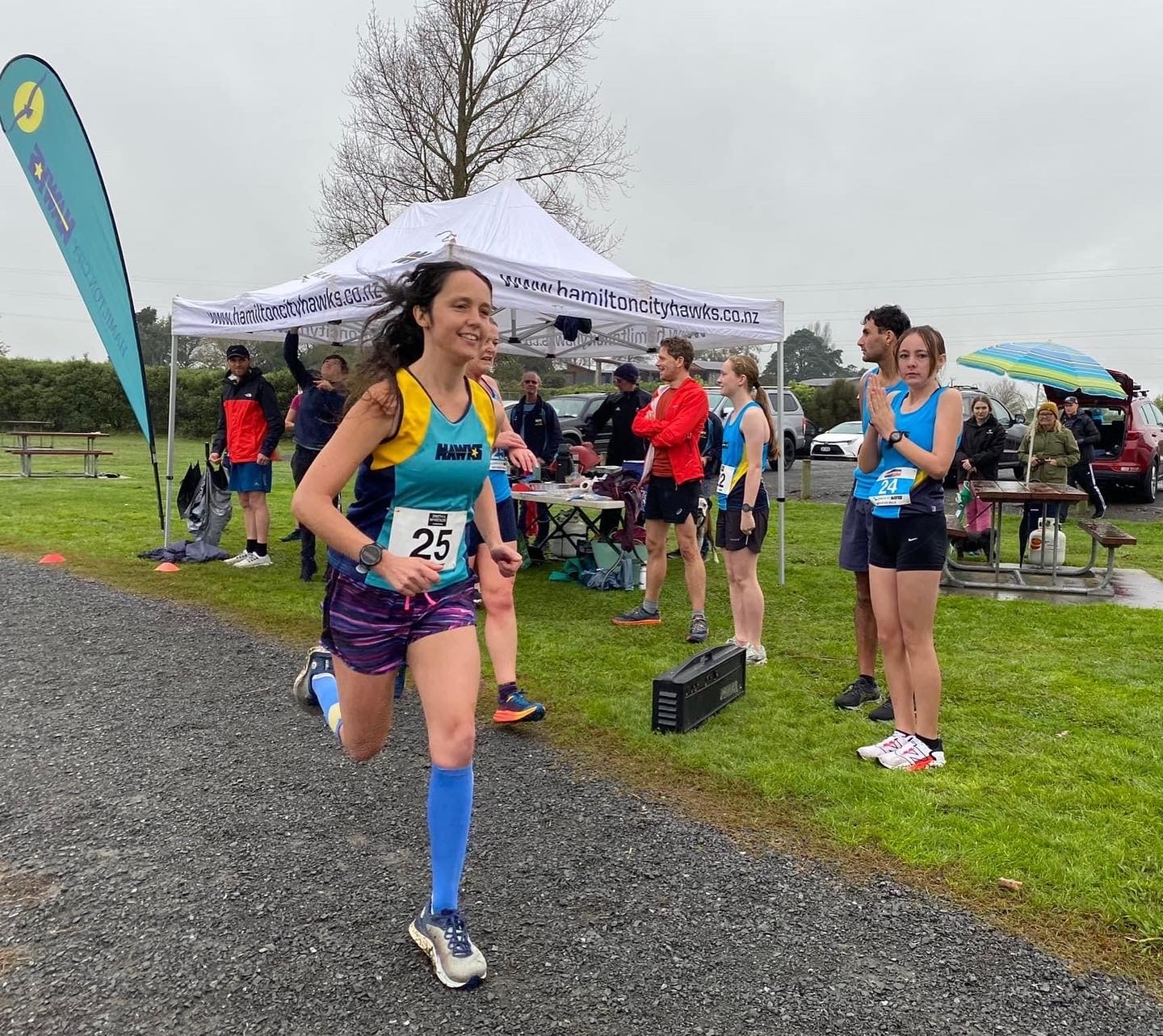 Modestly describing herself as more of “a tortoise than a hare,” ultra-running queen Dawn Tuffery is looking forward to her next endurance challenge later this month (12-13 Nov) when she seeks to mount a successful defence of her New Zealand 24-hour title at Auckland’s AUT Millennium.

The thought of attempting to run/walk for 24 hours might seem beyond the comprehension of many but for the 40-year-old Hamilton-based ultrarunner it is something to relish.

“The personal challenge was the reason why I entered my first 24-hour race,” explains Dawn. “Wanting to do it and having that desire to see what it’s like is a big part of what gets you through. I’m also a reasonably patient person and a problem solver, so that helps when things go wrong.”

A former recreational footballer, Dawn only took up running in her 20s, but it was tasting her first marathon in Christchurch in 2009 which proved the catalyst for the future direction of her running career.

“It was a lot of fun and after finishing the race I had an urge to run longer races,” she says. “The next year I entered the New Zealand 100km Champs in Taupo and finished first women. I had never won a race in my life, and it was a real buzz. It was that ultra that got me hooked and confirmed to me I can run a long way if I put my mind to it.”

Over the past decade or so Dawn, who works as a video producer, has developed into one of New Zealand’s leading ultrarunners. A three-time national 100km champion, on her 24-hour debut she secured the national title in 2017 – covering a distance of 202.75km, which is still her PB today.

Internationally she also performed with pride, finishing an excellent fifth at the 2018 Asia Pacific 24-Hour Championships in Taipei, racking up a combined distance of 202.041km.

Dawn is a parent to 11-year-old daughter, Alba, with partner, Carl. Family life coupled with the demands of work and training can be challenging but finding time to register a weekly average mileage of between 70-100km ahead of events has consistently served her well.

This season despite suffering a bout of Covid, Dawn performed well at the World 100km Championships in Berlin, placing 53rd and top Kiwi in 8:41:53 but now she is turning her attention to a successful defence of her national 24-hour crown, which she won in 2020 (the 2021 edition was cancelled because of the global pandemic).

“The opportunity to come back (and defend my title) was too good and I’d also like to use the race to be considered for the New Zealand World Championship team (in 2023),” she explains.

Taking on the challenge of a 24-hour race is an immense physical and mental effort but Dawn has a few tricks up her sleeve to try and cope with the demands.

“Like any race it is important to not go out too hard,” explains Dawn who has competed in four previous 24-hour races. “I divide the race into four quarters and after the first quarter you still have 18 hours to go, so getting your head around that is part of the challenge. Of course, you are not running all the time. You will have breaks and sometimes you’ll be walking. But it is important to be positive and keep moving forward.”

Dawn believes around 3am in the morning is one of the toughest points in the race but that is when she’ll flick on her music to keep her spirits up and help mask any fatigue and drowsiness. From a nutritional perspective mashed potatoes and ginger cookies are two favourites to keep her going.

So what are her expectations when she hits the track at AUT Millennium for the latest edition of the New Zealand 24-Hour Championships.

“It took longer to recover from Berlin (and the World 100km Championships) than I thought, I put a lot in on the day,” admits Dawn. “I do feel a little bit undertrained – I have done a few long runs but not what I’d usually do, so I’ll look to take it easy and see how the body reacts on the day. Something in the region of 180km would be great, and in the back of my mind I’d love to get a PB.”