Endurance aces take to the track for national 24-hour test 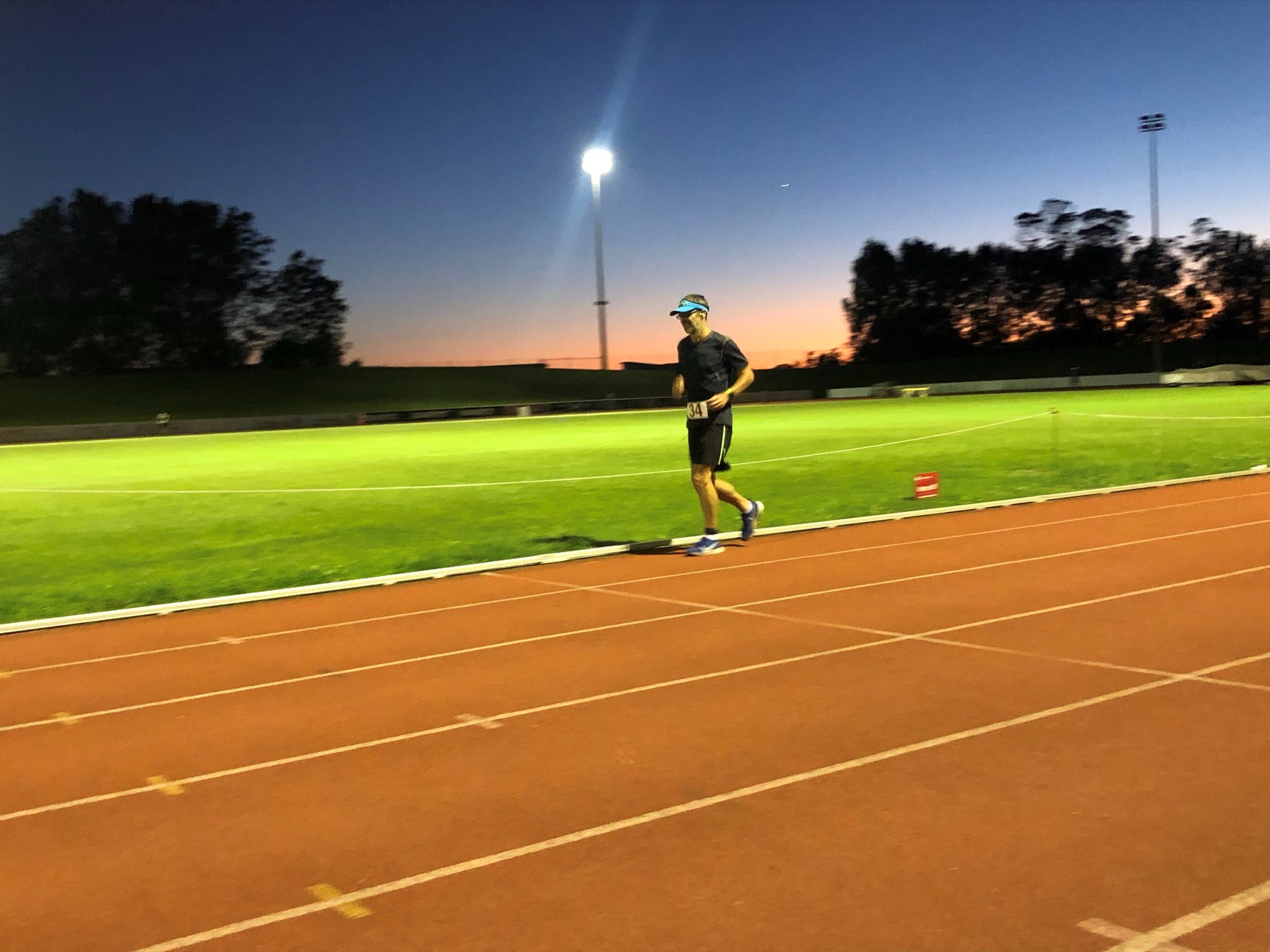 The loneliness of the long distance runner. Keith Burrows, the men's champion in 2020, aims to defend his New Zealand 24-hour title at AUT Millennium this weekend.

Dawn Tuffery and Keith Burrows will be defending their New Zealand 24-hour running titles at the AUT Millennium Stadium on Auckland’s North Shore this weekend.

The championship was last held in November 2020 and Tuffery covered 196.134km around the North Shore track for the title.

Tuffery’s last ultra-distance race was in August at the World 100km Championships in Berlin where she finished sixth in her age group and 53rd overall in 8:41:53.

“I haven’t done as much training as I’d usually want to, due to a busy life and recovering from the 100km champs in Germany. But I’m looking forward to giving it a go as I was looking forward to it last year, but it was postponed.

Tuffery will be up against Sue Hunter of Hamilton, Karen Chan and Annabel Hepworth both from Sydney, Emma Owen of Whangarei and Soraya Sewambar of Wellington.

The recently turned 40-year-old said: “Sue Hunter of Hamilton is a friend of mine and she’s doing her first 24-hour race, so I’m excited for her to find out what it is like and share the track.”

“I’ve got a sciatic nerve in the femur which catches a little bit so running is hurting slightly which puts me off my guard at the moment,” said Burrows.

“I haven’t been able to get in the miles that I would have liked in the last month or so, but I managed to run the Auckland marathon (in 2:52:09).

“I worked some magic to run it, but it was not as fast as I had hoped. I just hope that my leg will hold for 24 hours.”

Paul Hewitson of Wellington is an improved runner since his fifth placing in 2020 and regular campaigner Wayne Botha of Takapuna who was third in 2016 and 2020 both return for the challenge. Also competing are Darren Rudd of Wairoa seventh in 2020, the 2017 champion Andrew Glennie of Fiordland, Isle of Man runners Andrew Titley, Chris Burn and Robbie Callister and Martin Vos from the Netherlands.