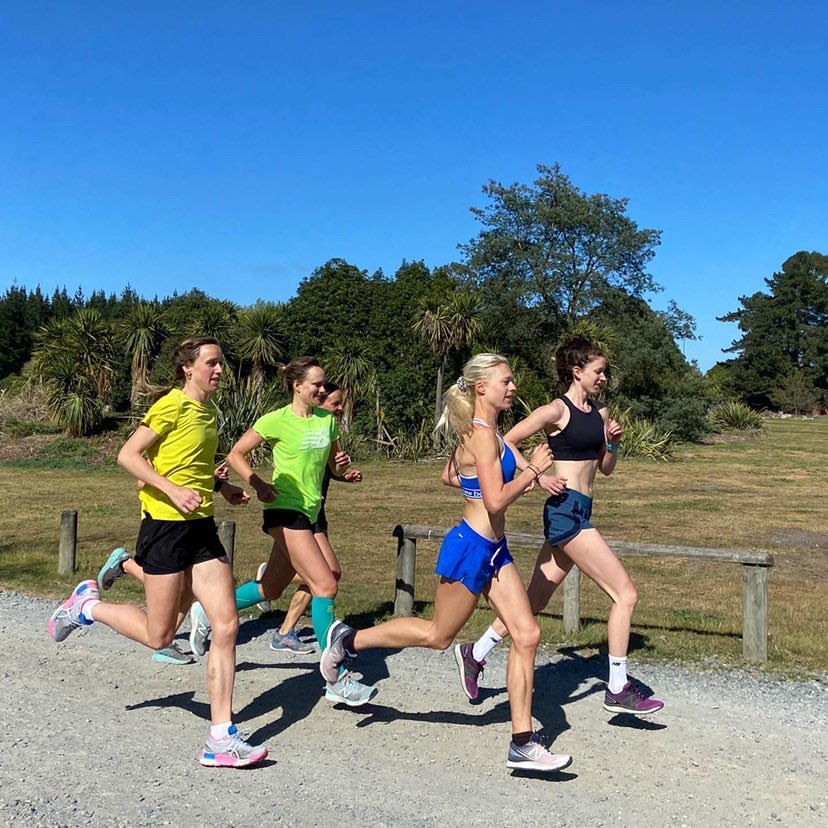 Education, motivation and inspiration were the key takeaways from a highly successful week-long Athletics New Zealand female distance running camp, which has just wrapped up in Christchurch.

The camp was organised by Athletics NZ distance programme coach Maria Hassan, principally as an opportunity for Hamilton-based Camille Buscomb, who has already qualified for the Tokyo Olympics in the 5000m and 10,000m, to enjoy the benefit of quality training partners.

But the camp, which took place for the entirety of last week and attracted seven senior athletes plus a trio of younger, emerging talents, also played a key role in offering a quality training experience for all attendees.

“The camp was something we began talking about on Zoom meetings during lockdown,” Hassan explains.

“Once Camille was a confirmed starter we were able to build the camp around her. The girls bonded very quickly and reaped the benefit of training with other women. Many of the girls work full-time, some took annual leave and others worked remotely during the camp, but it gave all them a chance to put in a good week’s training with others while also enjoying good recovery time.

The week was set up around a solid 130km training programme for Buscomb, which included one key 30-minute tempo session on a 1.6km loop in which athletes were happy to jump in and out of training, accordingly.

As part of the week together, the ten women also spent three days at Hanmer Springs supporting a 30-strong camp of some of New Zealand’s leading male and female athletes aged 15 to 18.

The teenage athletes were treated to a series of workshops and were given the bonus of a presentation by Buscomb, which delved into her career journey and learnings so far.

“Maria did a really good job of making the camp feel structured but also enjoyable with a lot of freedom,” Buscomb explains.

“It may have only been a week we spent together but it was a nice, motivational boost and allowed us to rekindle old friendships. Moving forward this acts as a real spur to support and help one another.”

A successful week concluded with an opportunity for many of the attendees to compete at the Canterbury Road Championships at Agricultural Park. Buscomb made the most of that, enjoying an outstanding run to win (and beat all the men) in a blistering time of 32:45 – within seven seconds of her best 10km road time  – while Camp enjoyed a solid run to record 35:58 for second.

“The girls saw the benefits of running, training and living together,” says Hassan, who declared the camp a success.

“Camille, who is part of MTC (Melbourne Track Club), knows the benefits of training as part of a large group and what that group environment has done for her. The girls are very self-sufficient but are very keen to hold another training camp. We have yet to make a date but I know some of them are hopeful it will happen over the track season.”

Buscomb is equally enthusiastic about the benefits of bringing some of the country’s most talented female runners together.

“I found it really helpful to spend time with other female runners,” she says.

“I gained a lot from sharing my experiences and I found it enjoyable to see others perform and succeed. If I can help play a small part in helping someone else’s journey, then that is really cool too.”