Gillian calls on fellow Aussies to join her at Rotorua Marathon

The opening of the trans-Tasman bubble has allowed Gillian Klevansky to fly across the ditch to compete at the Rotorua Marathon – and she is calling on her fellow Aussies to join her on 8 May.

Based in Sydney, the 67-year-old has run marathons all around the world, including New York, London and Honolulu, and has leapt at the chance to join her running buddy to compete over the half marathon distance in the stunning Whakarewarewa Forest.

“As soon as I heard the bubble was opening, I rang my dear friend Carol Taylor, who lives in Matakana, to see about going to visit her,” Gillian says.

“She then said, ‘You know the Rotorua Marathon is coming up, would you like to enter?’ The next day I booked my flights to New Zealand and Carol entered me for the race.”

Gillian first started running in South Africa, her country of birth, and, after relocating to live in Sydney 24 years ago, she joined the Sydney Striders running club.

It was there she forged a close friendship with Carol and the pair ran many races together until Carol headed back to resettle in her native New Zealand two years ago. 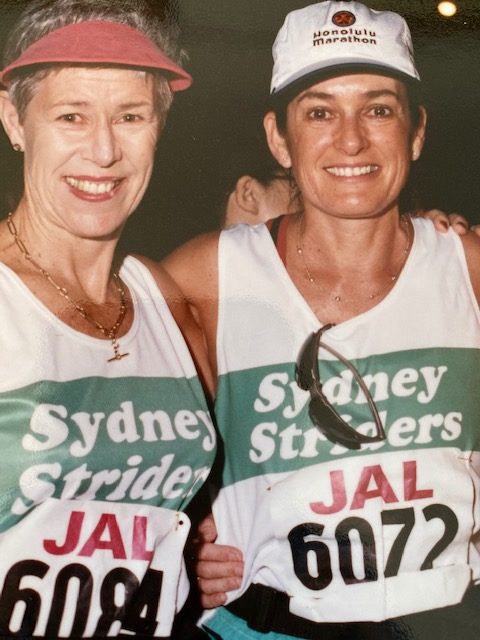 Relishing the prospect of hooking up with an old friend, she says she is also very excited to take on the half marathon challenge in Rotorua.

“The race looks absolutely spectacular with lots of trails in the bush. I’m very excited to take on a marathon over here,” she says.

“I ran the Canberra Half Marathon last weekend so I’m still a little tired from that. I’m just hoping to enjoy the nature of New Zealand and to finish in Rotorua.”

So would she encourage other Aussies to join her on her New Zealand quest?

“I think we all have to think positively and it will be a wonderful and unforgettable experience. It is nice to be given the option to travel again.”

Why not join Gillian and take on the challenge of the Rotorua Marathon on 8 May?