Hamish Kerr set to star in Jumps to Music 10 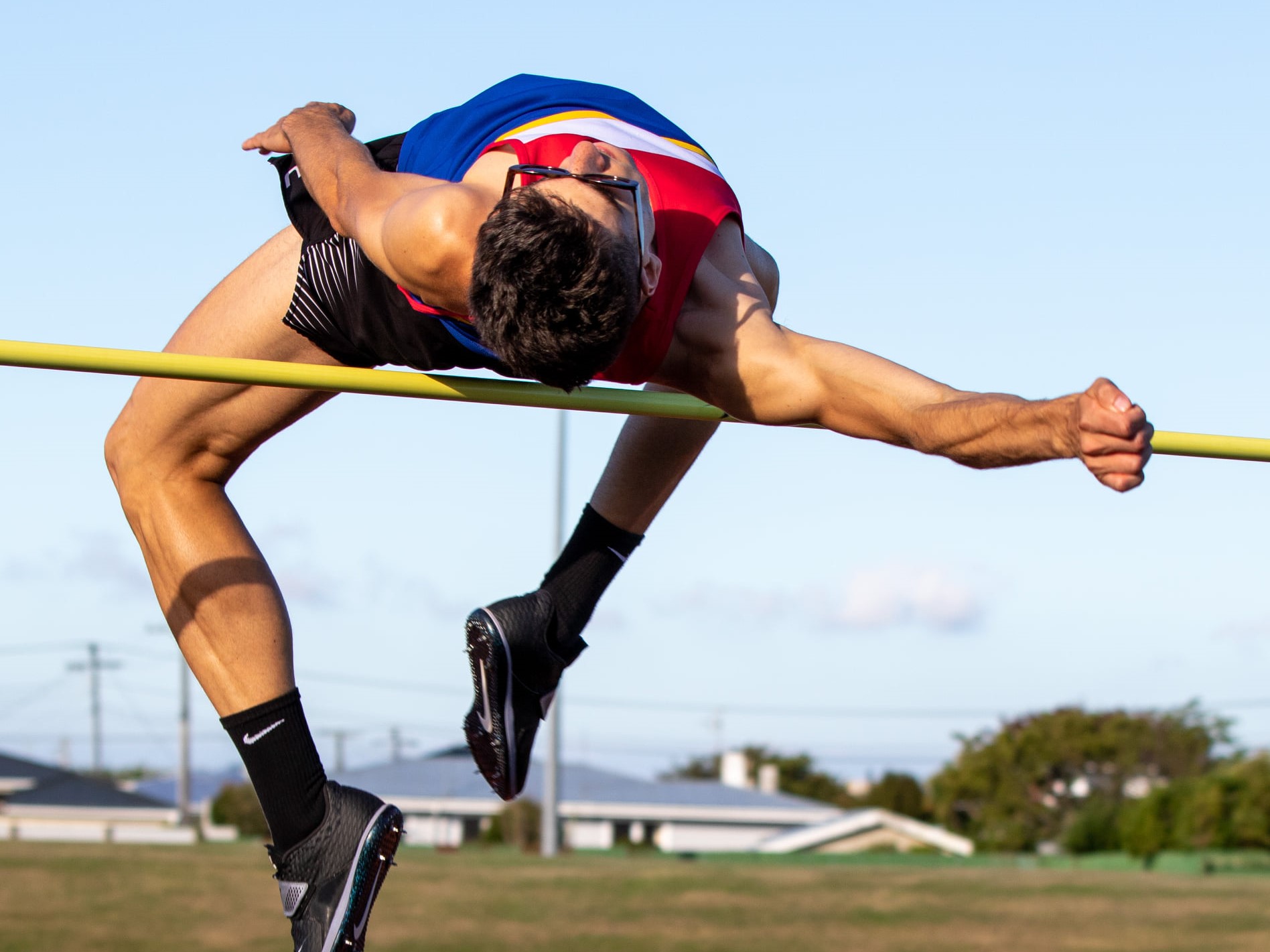 World Indoor bronze medallist Hamish Kerr is set for his seventh appearance at Jumps to Music.

Commonwealth gold medallist Hamish Kerr will be the star turn at the Jumps to Music meet in Hawera on Wednesday (25 January) as the event celebrates its tenth anniversary with the additional bonus of being granted National Permit Meet status for the first time.

The 26-year-old athlete, who holds the New Zealand senior men’s high jump record with 2.31m, is all set to make his seasonal debut and will be gunning for a sixth win in what will be his seventh appearance at the meet.

Other two-metre plus jumpers in the eight-man field include the 2022 national senior bronze medallist Mate Poduje, who jumped PB of 2.04m in Hamilton earlier this month, and national U20 silver medallist Rafe Couillault, who posted his lifetime best of 2.03m in Pakuranga in January. Also entered is Thomas Moloney (2.01m).

A trio of women who have jumped beyond six metres will highlight a compelling women’s long jump at Hicks Park.

Defending champion and four-time national senior gold medallist Mariah Ririnui boasts a formidable record, however, Christchurch Old Boys United athlete Hannah Sandilands made a huge breakthrough at Potts Classic on Saturday, leaping out to a 29cm PB to defeat Ririnui with a monster 6.20m and their re-match in Hawera will be eagerly awaited. The 2020 Jumps to Music winner Ashleigh Bennett – who doubles her role of competitor with that of meet organiser – also boasts a PB of 6.04m and will also be a major contender.

The man to beat in the men’s long jump will be national U20 champion and 7.19m jumper Angus Lyver.

Event organiser Ashleigh Bennett said: “We are very excited for the tenth anniversary edition of Jumps to Music and the fact we have National Permit Status makes it even more special.

“Once again, we are delighted by the quality of the fields across all four events which represent the very best of senior and junior jumping talent in New Zealand.

“Our hope is that all athletes will enjoy a great experience and as many as possible will claim a PB.”

The action will begin at 4pm with the high jump competitions followed by the men’s and women’s long jumps.

To check out entries, results and livestream link go here