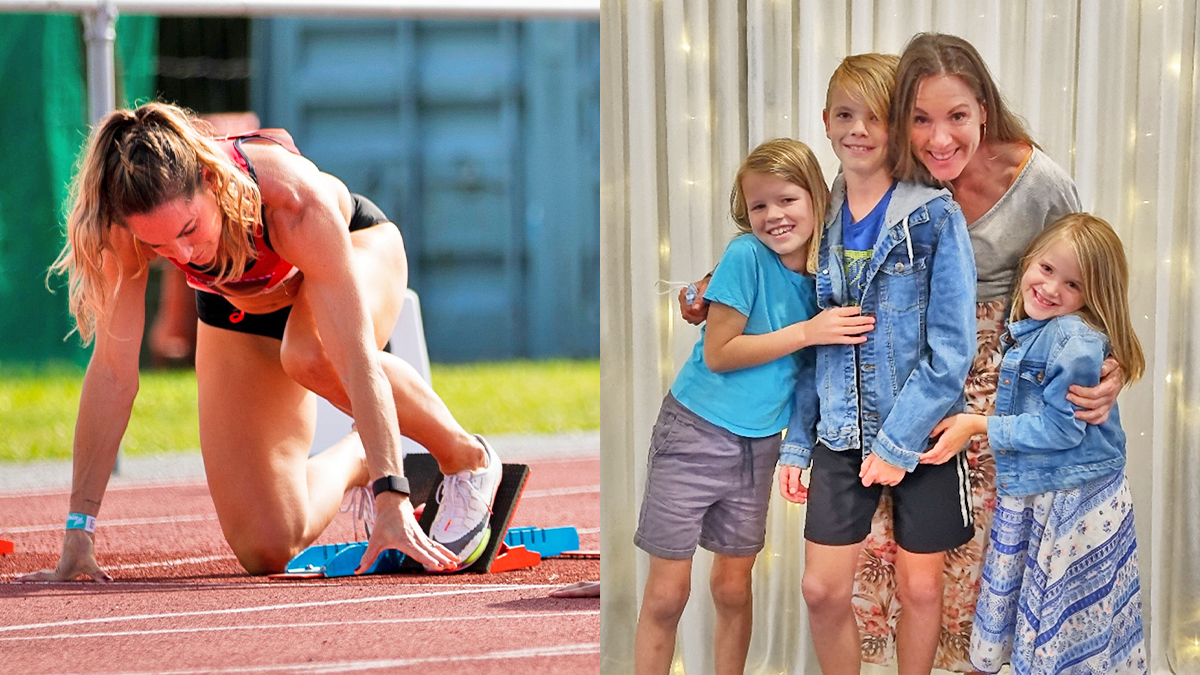 Helena Dinnissen finished fourth in the long jump and triple jump at the 2022 New Zealand Track & Field Championships, and now heads out to Finland with high hopes. (Photo: Helena Dinnissen)

Just five years after re-engaging with athletics after a prolonged break, Helena Dinnissen hopes the next step in her track and field journey can reap rewards when competing at World Masters Athletics in Tampere, Finland (29 June-10 July).

The 37-year-old mum-of-three has used the sport as a means to help control depression and anxiety and she has also claimed a slew of national master records and last year snared triple jump silver in the open women’s event at the Jennian Homes New Zealand Track & Field Championships.

“Two years ago, I committed to go to Toronto for the World Masters Championships having won nine gold medals at the 2019 Oceania Masters,” she explains. “While I enjoy competing with younger athletes, as I’ve got older, I’ve found it harder and harder to be motivated without the thrill of competing against people at a similar age to me. I finished the summer season with world leads (in the W35-39 age group) in long and triple jump, so thought it would be amazing to pit myself against people in the same age grade. It is exciting to know I’ll be up against high quality field as worlds.”

Christchurch-based Helena was a talented schoolgirl athlete but gave the sport away in her late teens and by her mid-20s she became mother. However, she suffered badly from post-natal depression and struggled from anxiety.

The direction of her life was to lurch in a more positive direction when her youngest child was aged one. Helena, who was aged 32 at the time, recognised she needed to re-engage with exercise once again and re-started training at her former club, Christchurch Old Boys United. It took 18 months for her to adjust to the demands of sprints and jump training but hugely encouraged by her performance at the Oceania Masters she has continued to impress.

Still highly competitive in the senior category, in March Helena was good enough to finish fourth in the long jump and triple jump at the New Zealand Track & Field Championships in Hastings, and now heads out to Finland with high hopes.

“I’d love to win the long and triple jump,” adds Helena, whose jumps sessions are led by coaches James Sandilands and Terry Lomax and who trains in the same sprint group as New Zealand 100m national resident record-holder Tiaan Whelpton and New Zealand women’s 400m champion Rosie Elliott. “I think if I can show up near my best, I have a good shot at it. I’d really like to medal in the long, triple and high jump and 100m hurdles. The 100m and 200m are a big ask because the standard in my age group is insane, although I also have the New Zealand M35-39 age records of Bev Peterson 100m (12.15) and 200m (24.89) and would love to get them.”

Helena is one of seven Kiwis competing at the World Masters Championships the others being:

Helena has also started a Give a Little page to help her fund a portion of her costs for the event.