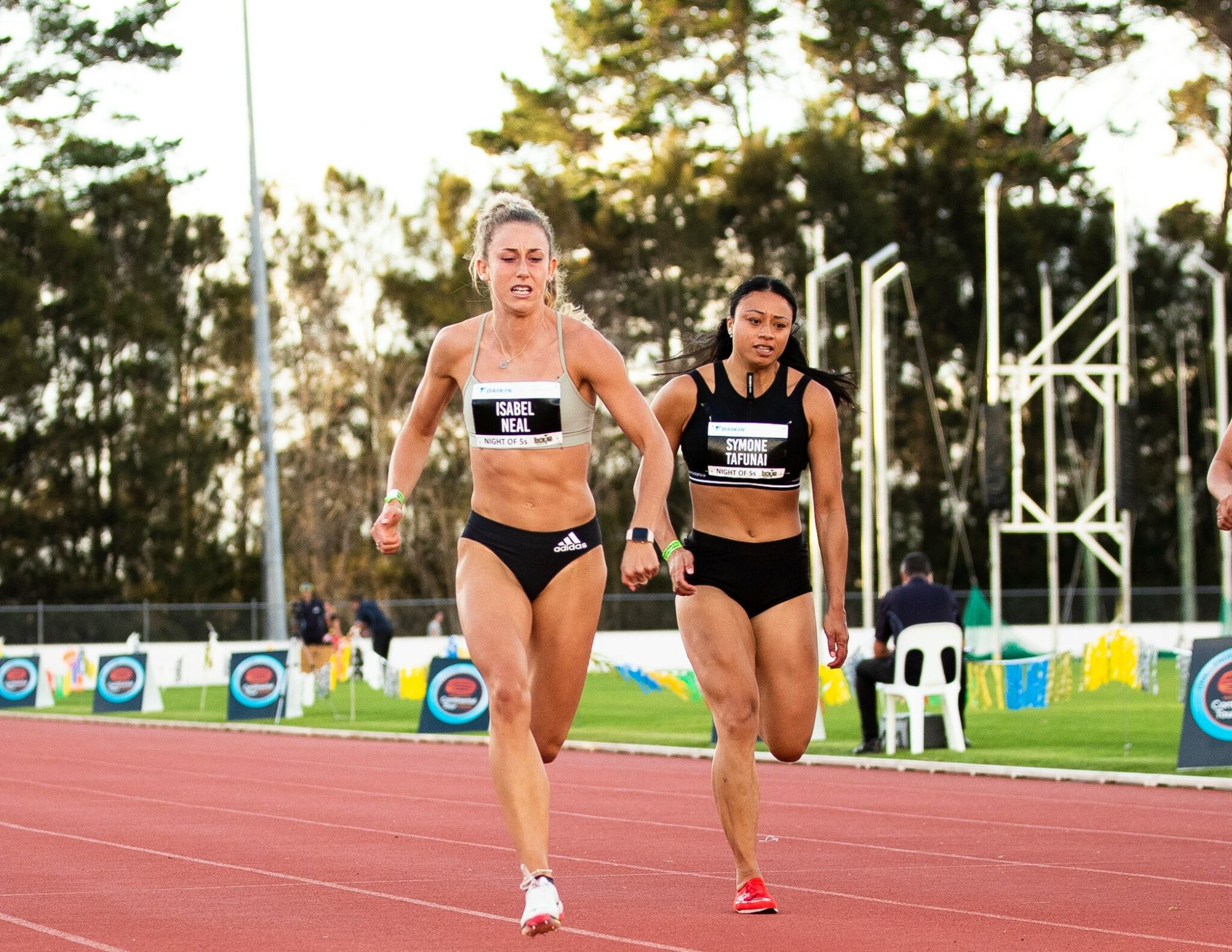 Isabel Neal hopes to build on a breakthrough 2022 season when she makes her seasonal debut over 400m at the Potts Classic in Hastings on Saturday.

Last season the 21-year-old Auckland-based athlete slashed her 400m PB by more than a second, running 52.79 to claim silver at the New Zealand Championships and claimed gold at the Australian Championships with a standout display.

And now Isabel hopes to put the learnings of last season into practice, as she faces stellar field at Mitre 10 Park – up against New Zealand 400m champion Rosie Elliott and her training partner Commonwealth Games 400m hurdles finalist Portia Bing.

“I really enjoyed last season, I was pleased with some races, but I also had lots of learnings too,” she says. “The standout memories were the Australian Champs ans also coming second at nationals with a PB. I was also happy to lower my 100m (11.84) and 200m (23.94) PBs and win a 200m bronze at nationals.

“Yet I also learned a lot. Definitely a lot of tactical racing was developed over the season. At Oceania Champs I should have followed my own race plan. I was a little disappointed to finish second and I guess that fuelled the fire for this season.”

Working hard under the coaching guidance of James Mortimer, Isabel says she has enjoyed a good winter of training and despite a couple of niggles her body has remained in one piece. With the help of Simon Chatterton at HPSNZ she has worked much harder on her strength and conditioning and she can see signs the additional work in this area has paid dividends.

“I’d dabbled previously (on strength and conditioning work) but never put any emphasis on getting stronger in the gym, which will hopefully reflect well on the track,” she explains. “I’ve worked harder on the heavier gym lifting and combined that with plyometric exercises, which can hopefully help my 100m and 200m speed, which can transfer into the 400m.”

Isabel has seen the benefit with a series of PBs in the gym and positive results in her flying 30m and on the watt bike but above all she has enjoyed working with other athletes in the training group, Portia Bing and New Zealand 200m champion Georgia Hulls.

“I’ve been training a lot more with Portia, which has been awesome,” explains Isabel who is studying a masters in physiotherapy at the University of Auckland. “To learn from her and be exposed to her knowledge and expertise has been great. The biggest thing I’ve learned from Portia is sometimes less is more. It is important not to push yourself into the ground. Some of us have learned the hard way that sometimes doing that extra rep may not add to the quality of the session.

“I’ve also done some block starts with Georgia, which has been good for my speed because Georgia a weapon out of the blocks.”

Isabel opened her season with a 200m victory in 24.36 (0.9) is Hamilton last weekend. She says the race was an opportunity to “turn the legs over” but the North Harbour Bays athlete knows she faces a much bigger challenge in Hastings this weekend.

Portia and Rosie will represent formidable opposition, but Isabel is hopeful of a good showing as she uses Potts Classic as a build up for the Jennian Homes New Zealand Track & Field Championships in Wellington (2-5 March).

“I’m looking get a solid run under my belt,” she says. “It is my first 400m of the season, so I don’t know what to expect. I firstly need to remember how I run a 400m. Some sessions have indicated that things will go well this weekend. I need to run a good tactical race, and hopefully I’ll feel fresh and perform well. I’m looking forward to getting out and competing with some of the top girls. It will be fun.”

***The first Potts Classic livestream featuring the men’s pole vault, and men’s and women’s hammer can be seen from 2.25pm here

***The second livestream featuring the remaining events starts from 4.25pm and can be seen here