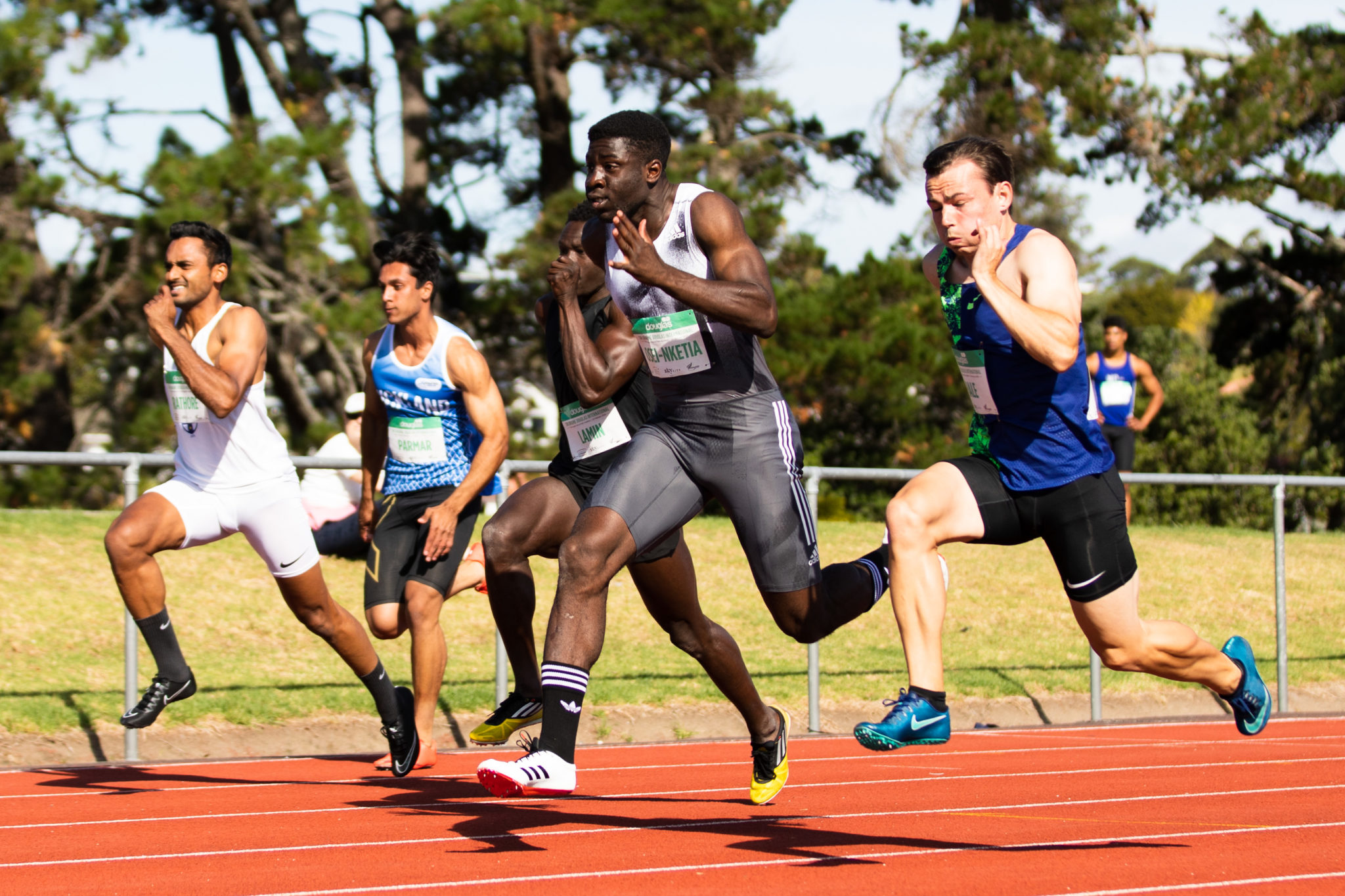 Eddie Osei-Nketia now has the New Zealand record of 10.11s, set by his father, in his sights (Photo: Alisha Lovrich)

Sprint sensation Eddie Osei-Nketia has produced the run of his life while javelin thrower Tori Peeters and 800m runner Brad Mathas were also in good form at the Queensland Track Classic on Saturday night.

Osei-Nketia moved to up to second on the New Zealand 100m all-time rankings list, just one spot behind his father Gus Nketia, by producing a scorching personal best of 10.12s.

The 19-year-old began with a wind-assisted 10.14s in the heats to signal he was in the mood before carving 0.07 seconds off his personal best to finish runner-up to Australian Rohan Browning.

Elsewhere on the track, Brad Mathas bounced back from a disappointing showing of fourth at the recent Sydney Track Classic, this time claiming second in an improved clocking of 1:46.43.

Mathas was also bettered by an Australian as Peter Bol took out the winning honours.

Earlier this month, Mathas had also claimed second at the Canberra Track Classic with a personal best of 1:46.01.

In the field, Tori Peeters became the only Kiwi to top the podium at the meeting, producing her best throw of the season to triumph over all of her Australian rivals.

Peeters claimed first place with an effort of 59.25m in round four, equalling the second-best distance of her career.

It was a significant improvement on her best since the turn of the year, which had previously been 56.25m at the Potts Classic in January.

Her personal best remains a massive 62.04m at the Sydney Track Classic in February of last year.