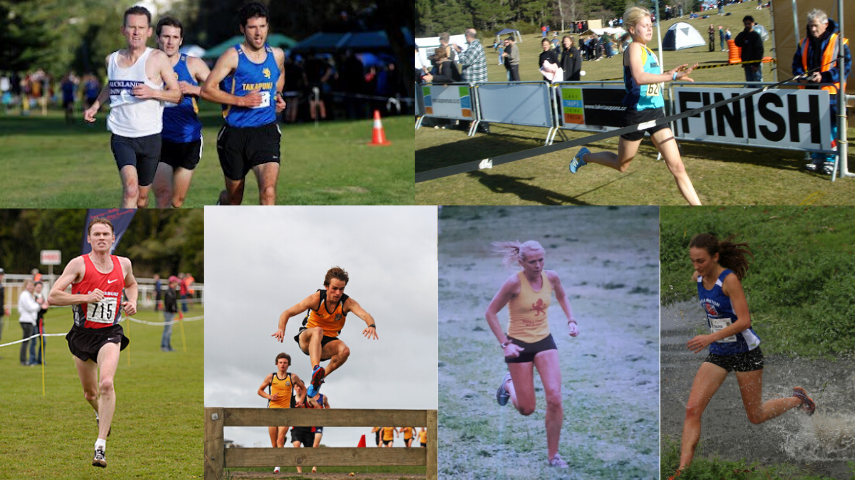 We speak to half a dozen former and current Kiwi cross country stars and ask them to name their personal favourite NZ cross country course. 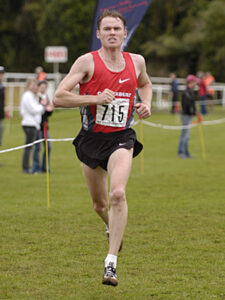 As a six-time senior men’s New Zealand cross country champion, Phil Costley was one of the finest cross country exponents of his generation as he racked up his half-dozen titles from 1997 to 2006.

However, this was also a period of time when New Zealand moved away from competing on the more rugged farmland courses to flatter, faster parkland courses.

Phil fully accepted and acknowledged the change but for him he always loved the more traditional courses and fondly recalls the venue at Cust – situated halfway between Rangiora and Oxford in Canterbury – as one of his favourites.

“I must have competed there about four times at inter-club competitions with Papanui Toc H,” he says. “The races were all very low key but the event had everything I liked about cross country, plenty of hills, mud, a few fences to jump.”

Phil recalls that he required gumboots to walk across the long farmland grass to the start and although the course presented its challenges – it remained his favourite.

“It had a couple of big hills and also flat sections,” he recalls. “It was cool from a spectators’ point of view because the finish was at the highest point and you could stand on the plateau and see the whole course.”

So how did Phil perform at Cust in his annual inter-club races?

“I must have raced there about four times and never lost,” he says. “But I would race my club members and knew every time I had to turn up, perform and go for broke.” 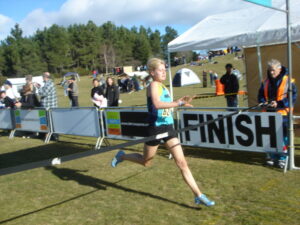 The 2019 World Championship 5000m and 10,000m finalist is currently New Zealand’s premier female distance running athlete but many of her early successes in the sport were competing at the central North island location.

“It was definitely my favourite,” she recalls. “The course was quite porous, it didn’t get too muddy and that would allow me to get into a good rhythm. I recall it had one big main hill but it was an event I often targeted because for many years it staged the North Island Cross Country Championships in July.

“As a family we would often use the weekend to make a mini holiday out of running there and it was always nice to visit the hot pools after the race.”

It is not hard to understand why Camille enjoyed the course so much. In six outings at Spa Park she claimed five wins and with victories as an under-12, under-14, under-15 (twice) and under-16 and 19 (in the same race) as well as victory there in the senior women’s race at the 2014 North Island Championships.

One of her most memorable wins came in the 2004 season when despite suffering the devastating blow of the death of her nana in the week leading up to the race she triumphed at Spa Park in the U15 race – setting a course record in the process.

“I always found cross country a big challenge and I always got really nervous before I raced,” she recalls. “So to always run well at Spa Park, means the course holds many fond memories for me.” 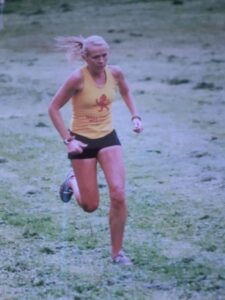 For seven-time New Zealand senior women’s cross country champion Melissa Moon the perfect cross country course is one which “should throw everything at you.”

With this in mind, the now retired Wellington-based athlete cites Mt Victoria for the annual Vosseler Shield, and Pauatahanui’s Battle Hill Farm Park for the yearly Shaw Baton Relay, as two of her personal favourites.

However, perhaps her absolute number one choice would be the Waikanae course on the Kapiti Coast.

“It was a course that took in all elements,” admits Melissa, who regular competed there at the Wellington Cross Country Championships in the 1990s and 2000s.

“It was a true test not only physically but mentally – in that you needed to really think how to race the course. It took in a section of soccer fields, an undulating section in the forest and then on to uneven, flat parkland underfoot. It also took in twists and turns, a jump and a couple of steep climbs – it tested every different component of your fitness.”

Melissa, a two-time World Mountain Running champion, boasted a strong record at Waikanae and was not afraid of competing there in the familiar wet and windy winter conditions of the Wellington region.

“I always loved running cross country when it was blowing a gale force southerly,” he explains. “My philosophy was the muddier, the better. The harder the elements threw at you the greater sense of satisfaction when completing the race.” 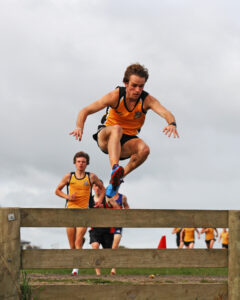 As a former NCAA cross country silver medallist, Kiwi Matt Baxter is among the very finest current New Zealand cross country athletes but for him there is no course quite able to match the A&P Showground in Hawera.

Raised in New Plymouth – around a 45-minute drive away from Hawera – Matt from the age of “eight or nine” regularly competed at the venue for the best part of a decade.

“I raced there as a primary school student, through intermediate and high school and also at a club level,” explains Matt, who today is based in Flagstaff, Arizona.

“So it has always been a measurement of my improvement. It was a true cross country course, rugged underfoot with farmland fences to jump over. It can get boggy in places and the course finishes on an oval dog track – which feels a little bit like finishing on a track. I’ve had too many good experiences there, I loved it.”

Matt, 25, who finished top Kiwi in 46th at the 2019 World Cross Country Championships in Aarhus, Denmark, recalls that whether the distance was a 2-3km race as a primary school student or later 12km as a senior – the event would always feel like a hard slog. Meanwhile, he can only recall one victory on the circuit at the Taranaki Schools Cross Country Champs in his final year as a New Plymouth Boys’ High School student.

While this success was a cherished memory he adds: “Just winning a medal was always something very special and I’m just as proud of those achievements as I was my win there.”

Reflecting on his career he believes the tough races he experienced at the A&P Showground undoubtedly set him up for his future cross country success.

“During my time running in the US through my college days we would often run on flat well-groomed courses which were no problem having experienced tough courses such as Hawera.” 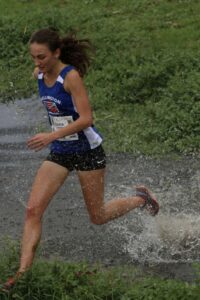 New Zealand Cross Country champion Maiya Christini was born and raised in Auckland but her favourite cross country course hails from her time as a law student in Wellington.

Trentham Memorial Park venue for the annual Dorne Cup was a particular favourite of Maiya’s because it suited her style of running.

“Compared to many other courses in Wellington, it (Trentham Memorial Park) is a comparatively flat course which goes through a mix of forest trail and park. There was also a water crossing which was as deep as the middle of your calf.

“As someone who always liked running track more than cross country I’m not so keen on courses with steep hills, the flatter courses allow me to get into more of a rhythm.”

Maiya recalls finishing second in the Dorne Cup in 2018 and last year earned a confidence boosting victory on Trentham Memorial Park, defeating Kara Macdermid – which helped set her up for success at the 2019 New Zealand Cross Country Championships in Upper Hutt.

“For me to not only be able to run with Kara but keep up with her and come on strongly through to win the race was a cool moment for me,” she adds. 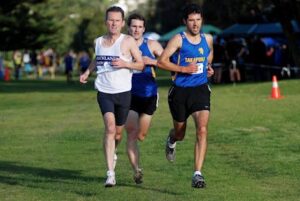 Two-time Olympian Robbie Johnston was one of New Zealand’s outstanding endurance running talents of the 1990s and for him the Auckland Domain ticked all the boxes as an outstanding cross country examination.

Born in Balclutha down in Otago, Robbie spent much of his senior running career based in the “City of Sails” and he also regularly trained at the Auckland Domain after work.

So it is perhaps little surprise the Kiwi relished running around the 2km loop at the Domain, often the host venue of the Auckland Championships.

“It may have looked relatively benign but it was quite testing because it had a little bit of everything,” recalls Robbie. “It had a couple of good hills in there, some muddy parts, some drier sections with a couple of hurdles thrown in.”

Robbie, who represented New Zealand at the 1996 World Cross Country Championships, describes the location as a good, central city park course which was always a nice environment to run in during the middle of winter.