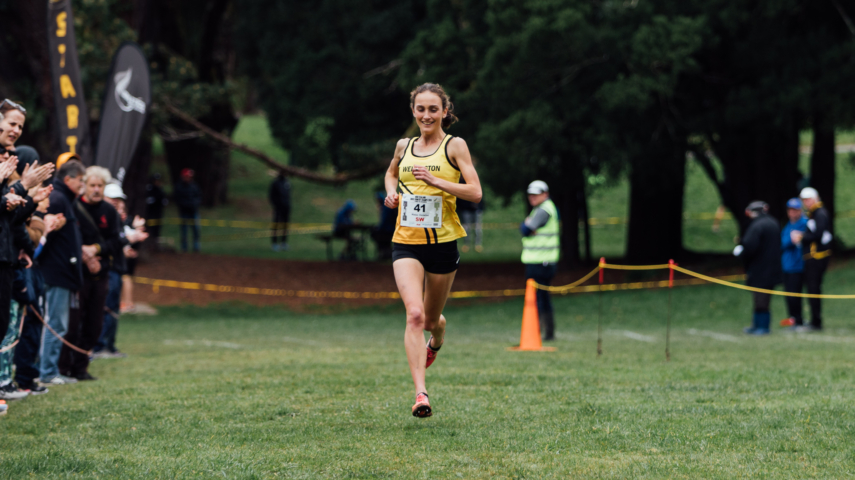 As an endurance athlete who is probably the best part of a decade from reaching her peak, Maiya Christini already boasts an incredible aptitude for winning precious metal.

Success has continued in 2020 as she added a national 3000m silver medal to her growing collection and now as we enter the cross country season her eyes are firmly fixed on the defence of her national cross country title in Dunedin at the end of August.

“It is exciting that we are going to have a cross country season,” explains Maiya. “As the defending champion I definitely want to retain the title, although I know a lot of strong athletes will be in the country (because of Covid-19) and I expect a very competitive field. I’ve already booked my flights to Dunedin and I hope to do well.”

Maiya discovered a gift for running early. At the age of seven she joined Auckland’s Pt Chevalier Club but then as a year four student at St Francis Catholic Primary School a school teacher Susan Milne – herself a keen marathon runner – set up daily 1km runs for students, which acted as the catalyst for her passion for running.

“I enjoyed it, quickly started competing and remember what a big deal it was to make inter-schools and compete at Grey Lynn Park,” adds Maiya.

As a year five and six student she claimed Inter-School cross country victories and at the age of ten made her first international debut as part of the New Zealand team to compete in Australia in the annual Trans-Tasman match.

There she won 1500m bronze and placed fourth in the 800m in what was an unforgettable experience for Maiya.

“It was my first big competition and I did not expect to win a medal,” she says. “I remember we stood on the same podium that was used at the 2000 Sydney Olympics, so that was a big moment for me.”

At the age of 14 Maiya switched clubs to join ACA as Barry Magee, the 1960 Olympic marathon bronze medallist, took over the coaching reins.

She continued to enjoy success as a high school athlete but under Barry’s careful guidance the long-term goal was always success as a senior athlete.

“Barry was never worried about results or how fast you were running,” she explains. “For Barry the most important thing for younger athletes under his wing was to enjoy the process. He had great wisdom and a lot of knowledge and he had a strong belief in Arthur Lydiard’s coaching methods. It was important for him that I build mileage year on year to enjoy success as a senior athlete.”

Despite Barry’s patient philosophy Maiya did excel at running during her time as a high school student at St Mary’s College. In 2014 as a first year senior girl she grabbed an unexpected victory in 1500m at the New Zealand Secondary Schools Championships in Whanganui.

“It was a pretty big moment,” she recalls. “I’d finished second two years before as a junior athlete and I was shocked to win a national gold medal. There are some funny photos of me with my hand over my mouth after the finish. I was a bit wowed by the whole experience.”

In 2015 she won 1500m and 3000m New Zealand Championship bronze medals but the following year as a Year 13 student her running lacked focus.

She rarely managed to perform anywhere near her best and later discovered she was her own worst enemy.

“I went into a lot of races where I talked myself out of the race before it had started,” she explains. “I was still running and training but every time I stepped into a race I could not deliver the results.”

In 2017 she moved down to Wellington to start a Law degree and it was during this time she saw a sports psychologist in an effort to rid her of self-doubt.

It proved a healing process for Maiya as the sports psychologist explained how the Wellington Harrier was “setting herself up to fail at every race.”

Worried that she would experience a bad race it began to turn into a self-fulfilling prophecy, but from this point on Maiya decided to adopt a more positive mindset and over time the positive results started to return.

Now under the coaching of Kieron McDonald in Wellington, she started to thrive under his stewardship and in 2018 claimed a shock open women’s 1500m bronze medal at the New Zealand Track & Field Champs in Hamilton.

“I’d had a good year of training and really enjoyed having a group to train with,” she adds. “I carried that through to the 2018 season when I started to get some PBs.”

“To win that bronze medal was quite special,” she says. “I remember being in third place with a lap to go thinking if I can hold on I can win a medal. I did so which was something I did not expect. And with a PB (4:33.08), which was really cool.”

“To win that medal was recognition of all the hard work I’d put in over the years. It made me believe that I could still be competitive.”

Part of a “nice, positive” training environment under Kieron she maintained her good form later that year, finishing a respectable fifth in 36:46 over 10km at the New Zealand Road Championships in Hamilton.

Moving into last year she was encouraged to make her 5000m debut at the New Zealand Track & Field Championships in Christchurch on the recommendation of her coach, who could see her potential over the 12-and-a-half-lap distance.

Unconvinced at her 5000m ability she nonetheless heeded his advice and it proved an inspired decision. On her first outing over the distance, she won bronze and recorded a time of 16:30.92 – just under a second outside the qualification mark for the World University Games.

“The weather most of that weekend was horrible, but for the 5000m it was really good,” she explains. “Lydia O’Donnell and Emily Roughan went out together and I was running with Penny Peskett, who I know is a very good runner. I managed to run a very fast last lap and crossed the line in third place – when I saw the time it was like – wow!”

Moving into the cross country season and having finished fifth at the 2018 New Zealand Cross Country Championships she set herself the goal of winning a medal at the 2019 edition, which took place at Harcourt Park in Upper Hutt.

She had earned confidence earlier in the season by beating Kara Macdermid to win the Dorne Cup and then everything clicked on the day and she enjoyed a near-perfect run at nationals.

“It was a good day to have a good day,” she explains. “I didn’t expect to take the lead but I felt good during the race and around 5 or 6km I increased the pace slightly and realised no one went with me. It helped that it was a mixed race and I could see the guys ahead of me. The gap continued to open and it was a slightly surreal moment to think I had won the national cross country championships. I couldn’t keep the smile off my face.”

Late last year she returned to her home city to complete her law studies – combined with a history and politics degree – at Auckland University. Continuing to be coached remotely by Kieron she set a 1500m PB of 4:27.10 at the Porritt Classic in Hamilton but preferring to focus on the 1500m at the 2020 New Zealand Championships she had to settle for tenth in 4:33.10.

Lockdown came and went – a period when she ran on the many bike trails around her family home in Waterview – and worked on her overall strength and conditioning.

A regular at the Owairaka track – a venue once graced by legends of the sport such as Sir Murray Halberg and Sir Peter Snell – she is looking forward to the cross country season ahead – although her main passion remains the track.

Keen to sample more 5000m in the future she is also targeting representing New Zealand next year at the World Cross Country Championships in Australia and potentially the World University Games.

So given her already accomplished record in the sport what does she believes her qualities are as an athlete?

“I’m very determined, very focused and I enjoy the process, which helps when it is cold and raining outside,” she says. I’m quite a perfectionist and sometimes I have to be careful and pull back a little because I become too focused on times and distances but I have a love for running and the sport which definitely helps. I love the people I have met through running and I’m addicted to that runners’ high after finishing a run. That is a feeling I really enjoy.”