National 3000m titles up for grabs at Potts Classic 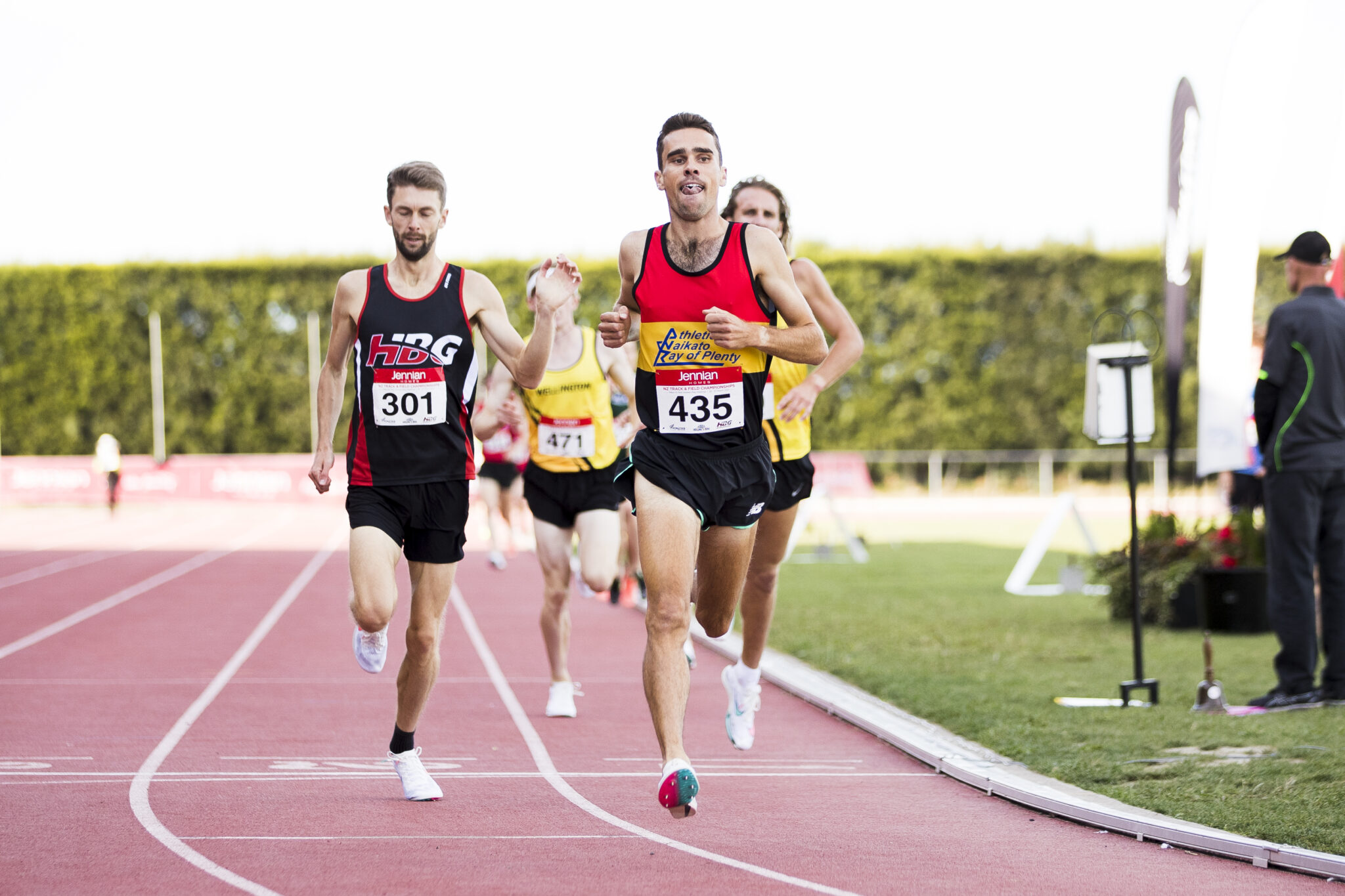 Murray McKinnon previews the best of the action at Saturday’s Potts Classic in Hastings, which includes the senior men’s and women’s 3000m championships.

Zoe Hobbs looks set to further reduce her New Zealand 100m record when the cream of the country’s women sprinters go to the mark at the Potts Classic meeting in Hastings on Saturday.

The seven leading 100m sprinters all have a sub-12 second time to their credit. Hobbs heads the field courtesy of her national record of 11.27 set at the end of the year.

The men’s 100m final should see Tiaan Whelpton, Tommy Te Puni, Cody Wilson, Zachary Saunders and Jordan Bolland going to their marks after the heats. Whelpton is the fastest with 10.30 at last year’s Porritt Classic and he recently clocked 10.43 at the Lovelock Classic.

The Park also lends itself to a perfect ground for hammer throwing with Lauren Bruce setting a New Zealand there in September 2020 with a throw of 73.47m, later broken by Julia Ratcliffe at the national championships in Hastings in March last year with 73.55m. In Tucson Arizona last May Bruce extended the national record to 74.61m. Bruce, Tokyo Olympian and six times runner up at the New Zealand championships, heads the line-up for the women’s hammer which includes five times national champion, Nicole Bradley who set her first 70 metre throw in December.

Bruce who was ranked third in the Commonwealth for 2021 showed good form throwing 72.15m in Dunedin last week.

National champion for the last three seasons Anthony Nobilo will compete in the men’s hammer. He threw a PB 66.58m in December. Nick Palmer of Hastings with a personal best shot put of 18.71m in Christchurch in November should dominate the circle.

Savannah Scheen, Tatiana Kaumoana, Tapenisa Havea and Natalia Rankin-Chitar are the leading throwers in the discus while Havea and Rankin-Chitar will also compete in the shot put.

Olivia McTaggart with a best height of 4.55m faces off against Imogen Ayris, best of 4.50m in the pole vault. Current national champion Ettiene Du Preez will battle out the men’s competition against 2019 and 2020 champion James Steyn.

The women’s 400m will be a close finish with national champion Camryn Smart clashing with Portia Bing and promising 400m runner Izzy Neal.

After four years in the States decathlete Aaron Booth makes a welcome return and will compete in the 110m hurdles, discus throw and long jump. National champion Shay Veitch is down for the long jump, while Mariah Ririnui and Kelsey Berryman will contest the women’s long jump.

Holly Robinson F47 has entered the Para Athlete shot put while Corran Hanning F12 is down for the shot put and discus throw.

The New Zealand 3000m championship will be held in conjunction with the meeting. Oli Chignell, 2018 5000m track and 10km road champion will go head-to-head with Julian Oakley for the men’s title. Oakley will be all out to add the 3000m to the 1500m title he won on the Hastings track in March. Eric Speakman will be looking for gold after a string of silver medals last season over the 3000m, mile, 5000m and 1500m. Former local Matthew Taylor, the 2020 champion, is back for another crack and Russell Green from Otago has steadily improved his time over the last three years.

Laura Nagel, five years on from winning the national women’s 3000m, will be aiming to regain the title. Last week she gave a polished display winning the women’s mile in 4:49.40 at Mt Smart Stadium. Nagel has a best time of 9:01.35 recorded in Boston in 2014. Chasing a podium placing will be 18-year-old Hannah Gapes, local Eva Goodisson, Esther Keown, third in 2017, and Penelope Salmon.

For livestream coverage from 2.30pm on Saturday go here

To follow the results for Potts Classic go here