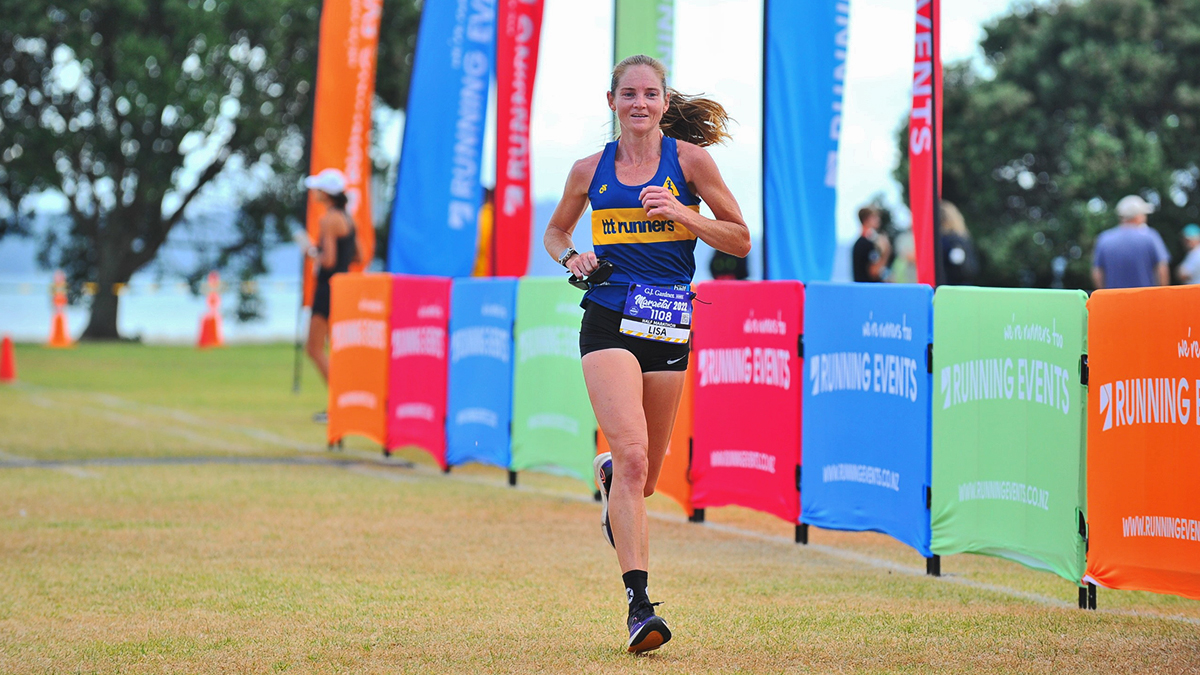 The 2022 New Zealand Cross Country Championships promises to throw up a multitude of fascinating narratives at Spa Thermal Park in Taupo this weekend (Photo: Lisa Cross)

At 39 years of age Lisa Cross is in the prime of her running career, rather than enjoying her twilight years.

After having two children Cross has bounced back better than ever and has put together some notable performances over the past six months.

A personal best 5000m at the Dick Quax memorial meeting in March was followed by a personal best marathon of 2:41:12 in May and then three straight Auckland Grand Prix Series cross country victories. At the same time, she is helping out younger runners with coaching and mentoring at her TTT Club in Auckland.

On Saturday at the Spa Thermal Park in Taupo, Cross will be looking to repeat her 2018 win in the New Zealand senior women’s 10km cross country championship against a strong lineup. Last year Cross won the masters 6km in 23:34.

Kerry White will be defending her title won on similar terrain in Dunedin last year. The inform White was second at the North Island championship in Taupo and made it three years in a row in taking out the Waikato Bay of Plenty title. Gunning for a podium position will be 2019 champion Maiya Christini, New Zealand marathon champion Hannah Miller, Wellington champion Sarah Drought, Holly Manning, Olivia Ritchie second in the Canterbury championship, Esther George, Jess Wright and Caitlin McQuilkin-Bell, who has been based in Brisbane.

Daniel Balchin has won national titles on the track and road, but a cross country crown has eluded him. He has amassed three silver and a bronze but the gold would complete the set for him.

Toby Gualter comes through as a definite threat after his North Island triumph in Taupo where he headed in Ronan Lee. Gualter won the 2019 junior title before heading to the States on a scholarship.

Hannah Gapes the U18 winner in 2020 and under 20 champion last year will be out to retain her title against formidable opposition, Isabella Richardson, U16 champion Boh Ritchie, Emma Ferguson, Peyton Leigh and Sophie Robb.

Christian de Vaal second in the U18 last year should have a clear run to the finish in the U20 division against Ronan Codyre, Joshua Gill, Angus Monro, Ethan Smolej, Cameron Maunder and Daniel Du Toit.

Heading the junior grades are Scarlett Robb, Courtney Fitzgibbon and Amelia Joyce in the girls U16, Jack Erikson, Connor Boulton and Ben Oxford in the boys U16, Otto Church, Louay Benaoum and Caleb Maunder in the boys U14 and Scarlett Gwin, Madison Wos and Biahn Pallister in the under 14.

The last time the national cross country championships was held in Taupo was in 1987, Malcolm Norwood of Australia won the senior men with Peter Renner finishing second and taking the title. Gail Rear won the senior women’s title.

The inaugural mixed relay teams cross country will be held on Sunday with the Whippets Club entering a strong team in the senior relay, where they will be up against Wellington Scottish and Wellington Harrier Athletic Club.