Olivia all set for 10,000m debut in the capital 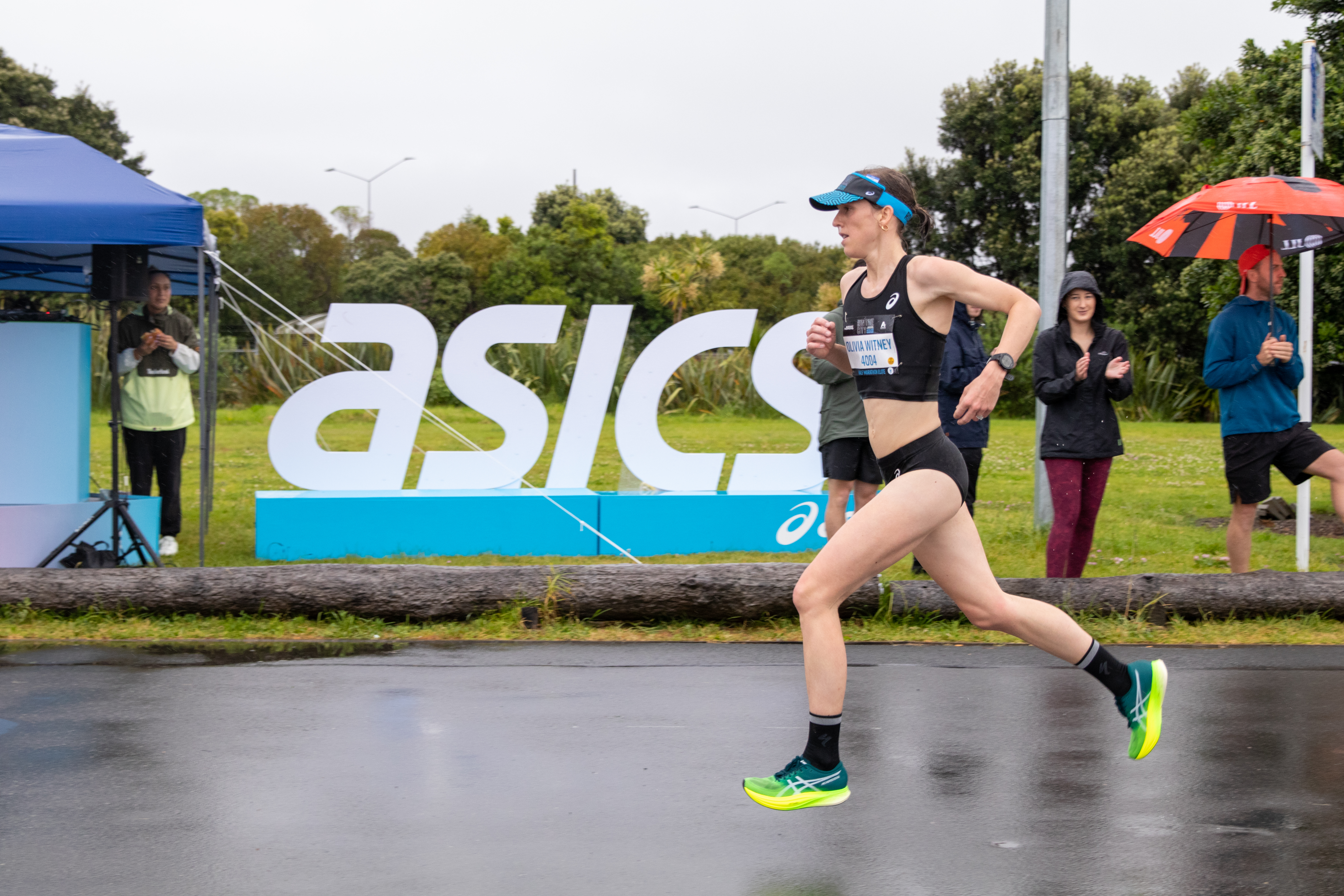 Four-time national senior champion Olivia Witney is all set to make her 25-lap debut at the NZ 10,000m Championships in Wellington.

As a former national 3000m and 5000m champion on the track and an ex-New Zealand 10km and half marathon gold medallist on the road it comes as somewhat of a surprise that when Olivia Witney (nee Burne) competes at the New Zealand 10,000m Championships in Wellington on 19 November it will be her track debut over the 25-lap distance.

The experienced 31-year-old athlete boasts a long and proud record on the domestic endurance scene, so what was the North Harbour Bays athlete’s motivation to make her long-awaited 10,000m track debut?

“The motivation came about after speaking to my coach Paul (Hamblyn) about what the runway might look like leading into a full marathon,” explains Olivia. “We were mindful that running over shorter distances in the summer would help me sustain pace over the full marathon distance.

“I also saw it as a great field (in the women’s race at the New Zealand 10,000m Championships). You have Laura (Nagel) pacing the race and the likes of Hannah Miller, Sarah Drought and Lisa Cross running the race. You don’t often get those opportunities in New Zealand to race everyone of that quality at the same time, so I thought I’d give it a go.”

Olivia admits she has run a number of 10,000m track time trials in the past, but her first competitive race over the distance on the track is a step into the unknown for the woman who boasts a 10km road PB of 35:05.

However, with the marathon the main focus, the Auckland-based marketing and communications manager says she can go into the early season race in a relaxed frame of mind with no pressure.

“I would love to get the World Cross performance standard time of 34:30 for the 10,000m, although I have no desire to compete at World Cross. That is not to decry what is a great international event, but I’m very busy in the summer and my main focus is the marathon. I would just like to test the fitness and see how that translates in terms of times.”

Olivia claimed senior national half marathon and 10km titles in 2016 and 2017, respectively, and in 2018 secured New Zealand 3000m and 5000m gold medals on the track. However, it was around this time her enthusiasm for the sport waned, and she took a prolonged period away from competitive running.

“Because of a couple of external factors, I became quite anxious, and life felt overwhelming at times,” she explains. “Instead of running being this light, life-giving fun activity it was becoming quite intense and was amplifying feelings of anxiety. Over a period of 6-12 months, I gradually decreased my mileage and racing, and I had about a year-and-a-half of no serious training or racing.

“It was one of the best things that ever happened to me,” she adds. “I realised I had all these great things of value outside of sport and that my identity was not solely attached to running. It was a special revelation. Over time I unwound, recovered and found I wanted to get back into a training model.”

In November 2020 she made a tentative competitive return at the Auckland Half Marathon, where she placed an encouraging third in a time of 1:20:16.

Last year she spent a period coached by Maria Hassan and earned some encouraging results. She claimed victory in the Hawke’s Bay Marathon, however on the recommendation of Maria in April this year she joined the top-quality all-women training group of Bays Babes – and it has not been a decision she has regretted.

“Maria is wonderful, a great coach but I just needed that team environment,” she explains. “I knew the Bays girls had a good thing going and I also really respected Paul (Hamblyn) as a person and as a coach.

“I just love training with women.  All of them in the group are either working full-time or studying, so have diversity in their lives. Everyone trains hard but it is a lot of fun. There are not many all-female training groups in New Zealand at this level, and it feels special to be a part of.”

Training two to four times each week with the group (as well as individually on other days) Olivia racks up much of her weekly mileage at the Auckland Domain or AUT Millennium, and the elixir is working well.

Last month she secured the fastest leg of the day as part of the triumphant North Harbour Bays team at the New Zealand Road Relay Championships in Christchurch before triumphing at last month’s Auckland Half Marathon in 1:16:55.

Next up is the New Zealand 10,000m Championships but in the longer term her eyes are firmly set on the marathon where she hopes next year to make her second ever appearance over the 42.2km distance after running 2:53:18 to place second in the 2018 Rotorua Marathon.

“I think that day at the Rotorua Marathon, I very much run positive splits,” she says with a laugh of her marathon debut. “But I’ve always enjoyed distance training and my body handles the mileage pretty well. The marathon is such a cool distance, it is so hard, tough and gritty but I think there is also a sustainability to it in that you can still compete over the distance at a more advanced age.”

Tentatively, Olivia, who married, Ashton, in May, has earmarked next April’s Rotterdam Marathon – a decision influenced by a combination of her desire to travel, the flat-fast nature of the course and also the fact she has Dutch heritage on her mother’s side.

So what are her future marathon ambitions?

“I’d definitely like to run in the mid-2:30s, but the jury is still out,” she admits. “I know I still need to do a lot more mileage to get ready for the marathon but once there I can’t wait to see how it will go.”

***To enter the New Zealand 10,000m Championships, which takes place as part of the Agency Group 10,000m Festival, go here