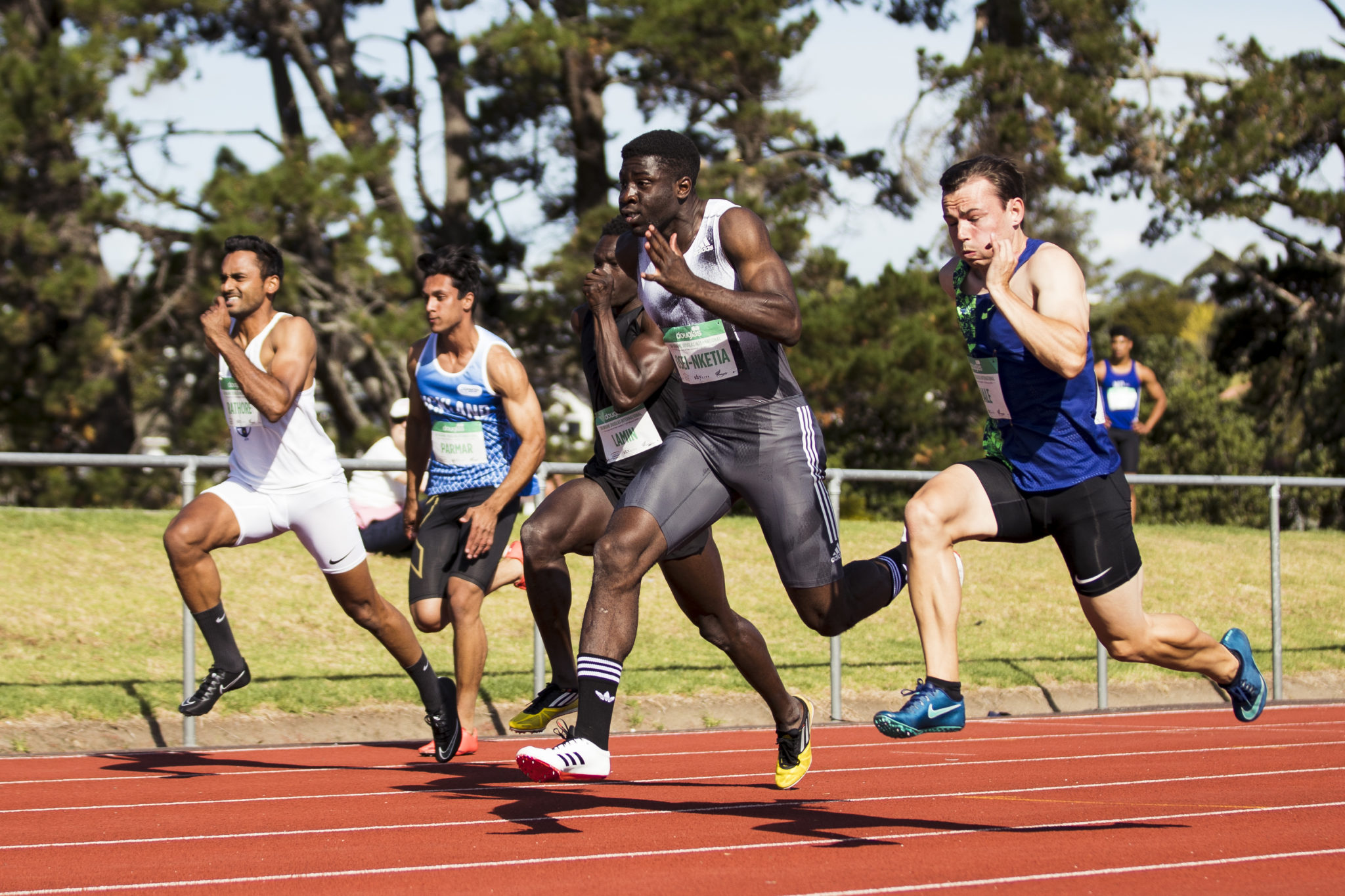 Sprint sensation Eddie Osei-Nketia will be all out to make amends for last year when he tackles the senior boys 100m at the New Zealand Secondary Schools Track, Field and Road Race Championships, which take place over three days in Tauranga from Friday.

He is the defending champion but adverse weather conditions in Wellington last year denied him the opportunity of setting a fresh record. He holds the New Zealand under-18, under-19 and under-20 record of 10.19 but the secondary schools record of 10.60, held by Ben Potter since 1997, has eluded him and will again be in his sights this week.

Challenging Osei-Nketia will be last year’s runner-up Jacob Stockwell, who holds the New Zealand under-17 record of 10.73. Ethan Wallace, third last year, is back again while Will Chunn, John Wells and junior boys winner last year Oliver Krijnen are all likely finalists. Osei-Nketia has recovered well from a broken arm sustained in a bike accident in late October. He has been back training in the last three weeks and is moving back into shape. He received the clearance to compete this week.

Osei-Nketia will also be in action in the 200m, won last year by Wallace in 22.27. Wallace will be defending the title but Osei-Nketia, who holds the national junior record of 20.76, should also claim the secondary schools record, which stands at 21.39 by Kodi Harman in 2011. There is a top line-up for a place on the podium with Wells, Wallace, Zachary Saunders, Angus Lyver, Max Brebner and Quinn Andis all challenging for a berth in the final.

Nadia Evans has her sights set on the senior girls 200m record of 23.91, set by April Brough in 2002. Evans, second in the junior girls 100m last year, has improved on her legal 200m personal best three times this season with a best of 24.31. She also has a wind-assisted 24.06 from the Dick Quax memorial meeting two weeks ago. Julia Burnham and Celia Ward are also in the running in the 200m. Last year’s junior sprint champion Sophie Williams is currently injured and is not entered.

Another record under threat is the 800m senior boys time of 1:50.24, recorded by Brad Mathas in 2011. James Harding, winner last year in 1:54.45, went on to set a New Zealand under-17 record of 1:51.19 in Hamilton in February and claim the national under-18 title in Christchurch in March. Also looking to make his mark will be Luke Hitchcock, who was second to Harding in a race last month in 1:54.73.

Hinewai Knowles will be defending her 100m girls title and will face Tayla Brunger, who has entered both the 100m and 400m. Ellen Carter and Celia Ward also come into contention in the 100m. The 400m is stacked with talent with Holly Rule, second last year, and Annalies Kalma, third, both back along with Krystie Solomon, who will be going for the double with the 800m. Joanna Poland, national under-18 champion, is also down for the 800m.

James Robertson with a recent time of 49.69 should battle out the boys 400m final with John Wells, Lex Revell-Lewis and Flynn Marshall.

Zane Powell will be defending the 3000m boys title and he has a chance of taking the double with the 1500m, an event he finished second in last year. But Will Anthony, who set a New Zealand under-18 6km record in beating Powell at the national road race championships last month, will be tough to hold back in the 3000m. Charlie Hazlett, Jude Darby, Ethan Smolej and Chanel Muir will also be in the 1500m while Mac Rowe will be another to watch in the 3000m.

Kimberley May, Peyton Leigh, Penelope Salmon and Charli Miller will contest the 1500m, Salmon and Leigh also the 3000m. Miller will be defending the 1500m title, as well as the 3000m title. She will have a busy three days as the 800m and 4000m road race also beckon.

Kaia Tupu-South will be defending the girls discus throw title and could well add the shot put title. Tapenisa Havea, Natalia Rankin-Chitar and Violette Perry should also feature in both events. Zharna Beattie and Centaine Noom-Duckworth add extra interest in the discus.

Jasmine and Jamane Saimoa, Elizabeth Hewitt and Noom-Duckworth head the field in the hammer throw.

Liam Ngchok-Wulf will be attempting to lift the boys shot put, discus and hammer throw titles. Trent Hogg will be in the shot and discus while Joseph Quinn and Kaleb Sola add strength to the hammer contest. Sola and Toby Robb should give the javelin a good nudge as well, along with defending champion Ethan Walker.

Hartley is down also for the long jump and will be joined by Adam Stack and Charles Annals. The triple jump again features Hartley, Annals and Ethan Gow.

Rubin Vogel, Josh Thiele and Joshua Woodhead should all be in the reckoning for a podium place in the boys pole vault while Aria Rhodes, Hannah Adye and Amayah Wingfield head up the senior girls pole vault.

Live streaming will be available via Sky Sport Next

Working in collaboration with Sport NZ, School Sport NZ and Sky Sport Next, our top priority is to ensure we protect our rangatahi and create a safe broadcast environment for everyone. The livestream will therefore focus only on the senior events (16+ years).