Q and A with Bella and Chloe Browne 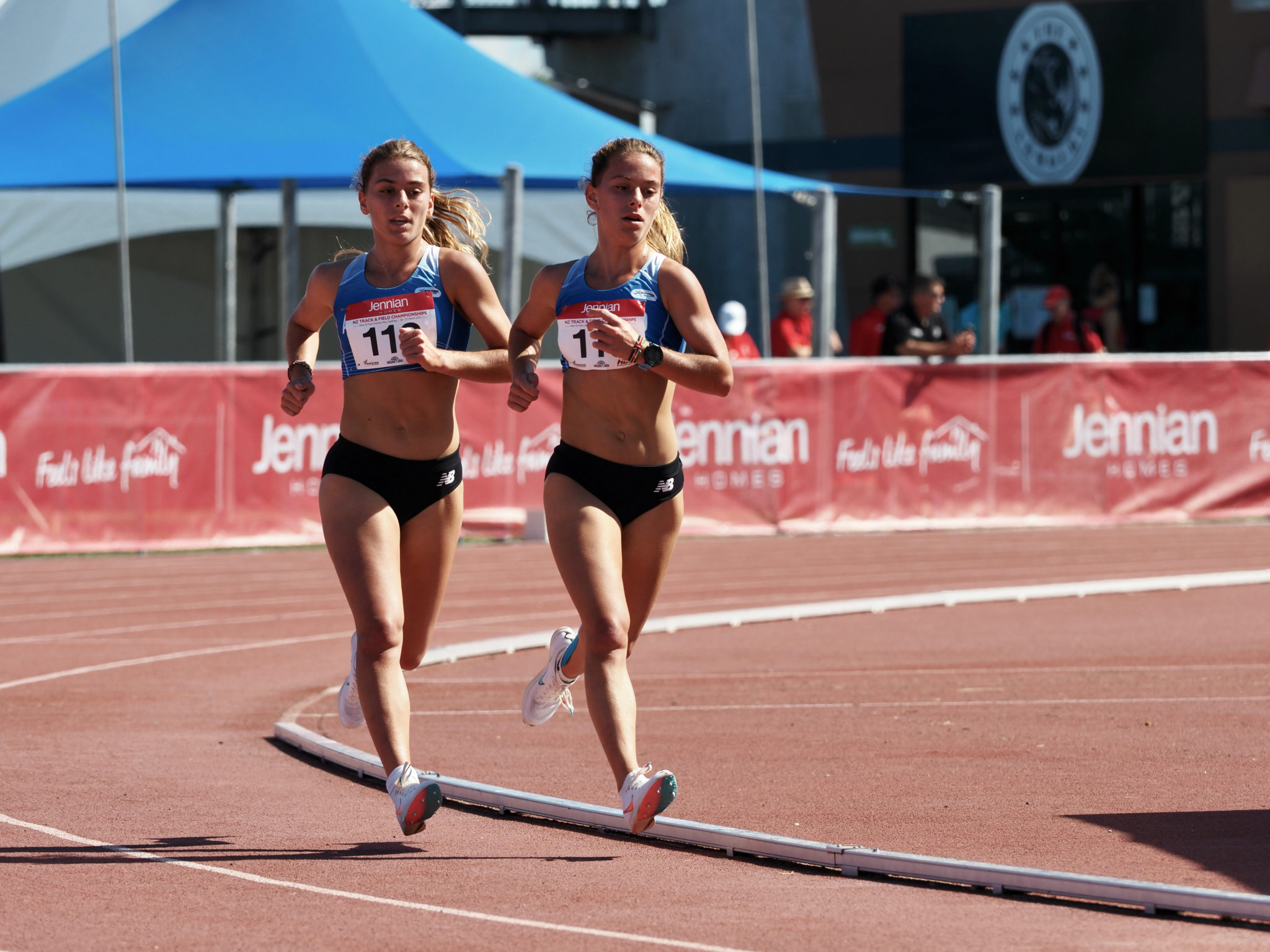 Auckland-based Bella and Chloe Browne have made quite an impact this year with the former taking U-20 national 1500m gold and the latter winning the New Zealand U-20 3000m title. Here we find out more about the 17-year-old twins as they take on our regular Q and A feature.

Bella: I first started athletics around the age of ten and joined my local club, Pt Chevalier, because I enjoyed primary school cross country races. I remember starting out by throwing the shot put and discus more than running!

Chloe: I knew I had a talent for running because I was fast at football and because I liked the thought of beating my sister. I started running at the age of 12. Although to start with I spent more time in the sprinting blocks than running laps.

BB: “Learn how to bring your best and be consistent.” One of my friends gave me this piece of advice before a race. When I looked at successful careers, I noticed consistency was an especially common trait. Someone who has the ability to maintain high levels of performance and who can show up when it counts is going to do well.

CB: Food = Fuel. This was advice I received from psychologist and nutritionist Dr Stacy Sims.

BB: Getting told that events have been cancelled/postponed. It’s something we obviously couldn’t control during Covid but it’s still pretty devastating.

CB: Being told that Covid-19 led to the postponement of the World Cross Country Championships in Australia.

BB: I’m not sure which athletic path I’m going to take but I hope to be healthy and still enjoying the sport.

CB: I’m honestly not too sure. I’ll see where university takes me but hopefully I’ll be fit, healthy and happy.

BB: Probably my friends, who are really into their sport and are achieving at a high level.

BB: Probably this quote I read on Instagram the other day: “It’s cool to care about your sport but you should remember it isn’t who you are as a person.”

CB: The Race09 video. The edit is super cool and even my friends who hate running wanted to join!

CB: The perception around how weight somehow correlates to speed. It’s unfair that people feel pressured by society to fit the stereotypical runner’s body to be ‘fast’.

BB: I admire anyone who works hard in athletics.

CB: Maybe being a school prefect.

BB: When I accidently emailed the entire school asking for an extension for my essay.

CB: Messing up in a band during an assembly performance.

BB: I would be a monkey because they’re naughty and cheeky!

CB: A lion because they are dominant.

BB: Most people call me Bells or Bella-bo.

If you could have a superpower what would it be and why?

BB: The ability to control the weather for the perfect conditions, so that it could always be good for sports like skiing and sailing!

CB: To fly because it would be sick to see the routes I run from a birds-eye view!

BB: What did the melon say when his lawn looked dry? Guess it’s time to watermalawn!

CB: What do you call a bee that comes from America…a USB!

BB: I hope to be having fun with my friends.

BB: That if you put a grape into the microwave it will light on fire.

If you could change one thing in the world what would it be and why?

BB: Waiting in queues or traffic. It’s such a waste of time and bad for the environment.

CB: For more people to be kind to each other.

CB: Ralph Vaugh Williams (composer), Andrea Pirlo (ex-footballer) and Eliud Kipchoge (marathon star). I chose these people as they have different talents which I am interested in.