Q and A with Liam Ngchok-Wulf 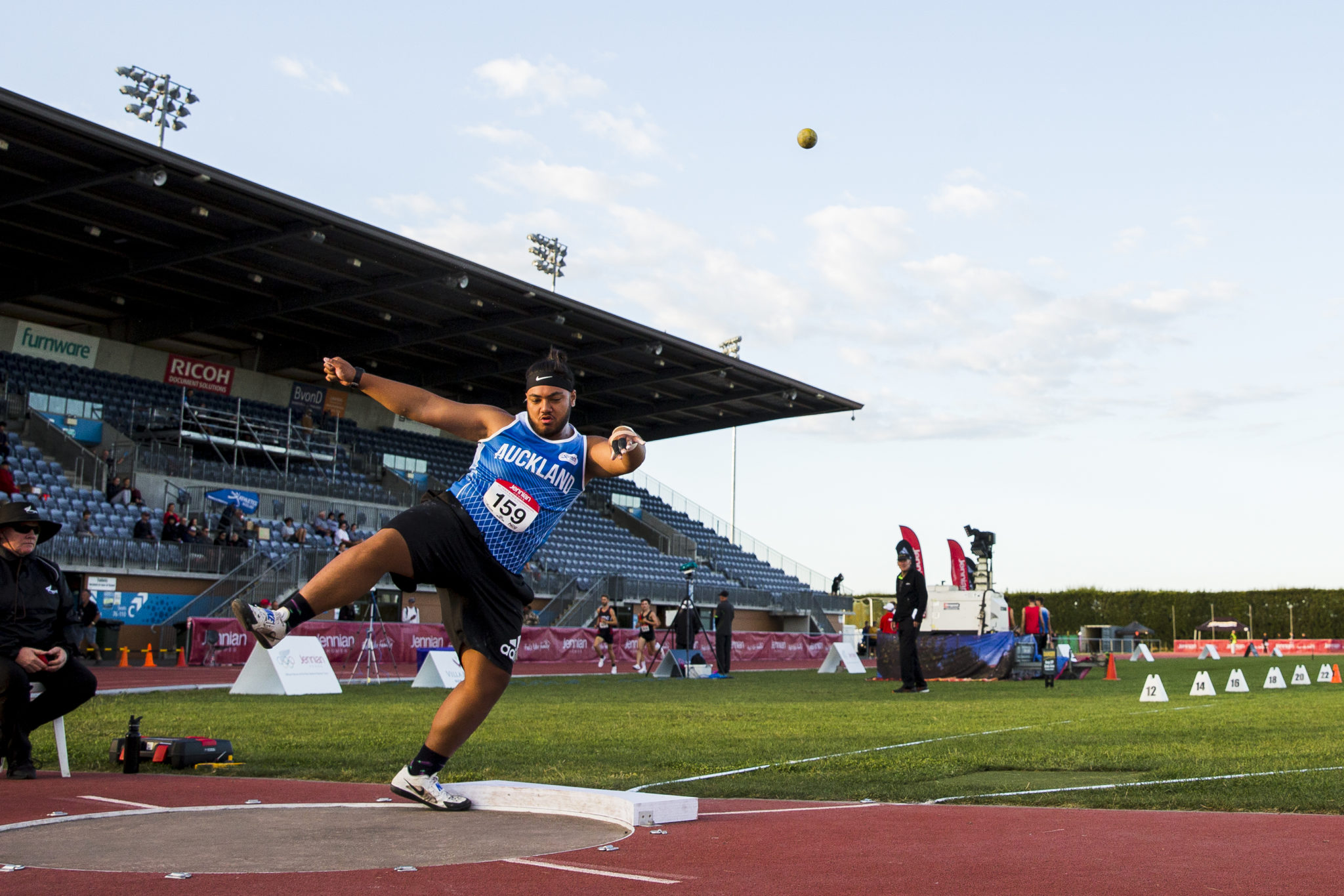 The National U20 shot put and hammer champion is one of the most exciting, emerging throws talents in New Zealand. We find out more about the 17-year-old from Papakura Athletics & Harrier Club as he takes on our regular Q and A segment.

I realised athletics was something I wanted to pursue more after winning bronze in the junior boys hammer at the 2018 New Zealand Secondary Schools Championships.

The last piece of advice was from (double Olympic champion) Dame Valerie Adams. She told me, “To be an athlete you have to put in the hard yards to achieve your dreams.” For her to say that meant a lot to me, because I tend to get lazy when it comes to training.

My career highlight in athletics would have to be my performance at the 2020 Jennian Homes Track & Field Championships when I competed in six events and came away with six medals, including two golds (U18 shot and U18 discus). It was also my first time competing in the U20 grade.

One of my lows would be the 2020 Porritt Classic. I had a bit of a shocker that day and I walked away from that competition feeling really upset, because I felt I’d let my supporters down.

In the next 10 years I would like to compete internationally around the world, and hopefully I would have represented New Zealand at an Olympic Games.

One of my greatest mistakes in athletics would be when I threw a PB distance but accidentally walked out the front of the shot circle.

The most interesting athlete I follow is Dame Valerie Adams. It’s funny watching her TikTok videos whilst sitting in class!

My favourite athletics social media post would be the recent one from Ryan Crouser (Olympic shot champion), who became the first man in 31 years to throw the shot beyond 23m with his 23.01m effort in Tucson, Arizona.

What I would like to change would be to get equal television coverage for both field events and track events, because I feel field events don’t get enough TV exposure.

There are actually two people I admire from shot put. One is Tom Walsh, because he has been very supportive towards me in achieving my goal of representing New Zealand in the near future. The second athlete is definitely Dame Valerie Adams, for always being an amazing person and inspiring Polynesian youth like myself to pursue their dreams.

Outside of athletics, my greatest accomplishment would have to be running for the role of head boy at Manurewa High School. I did not get the role, but I met some amazing students along the way who are very supportive towards me.

An embarrassing moment for me would be walking around school with a speaker and playing the Vengaboys (a Dutch Eurodance music group).

The animal I would like to be is a cheetah, because I’d finally get to know what the feeling of running fast would be like!

My family nickname is Lam-Lam, and sometimes people call me Lee-Ham.

The ability to fly, because then I wouldn’t have to pay for air flights!

If you are cold, which part of the room do you go to warm up? The corner, because it’s always 90 degrees.

I hope I’m still competing and would like to represent New Zealand at World Masters. I’d also like to be an athletics coach.

Did you know there are more sheep than humans in New Zealand?

I would love to invite: