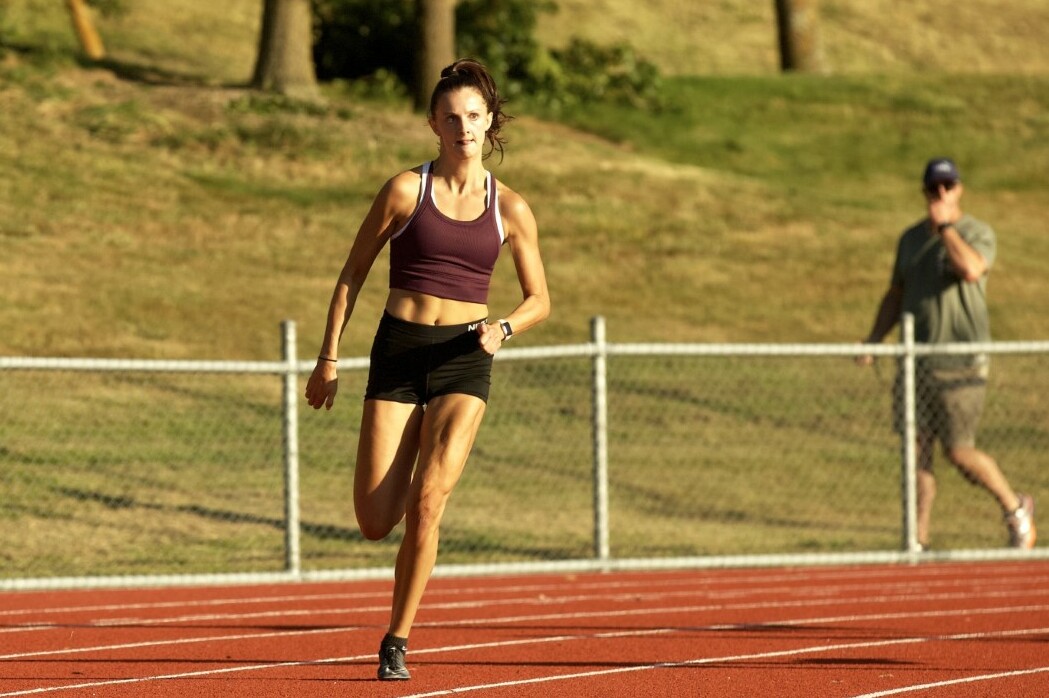 One of New Zealand’s most exciting one-lap sprinters, Camryn Smart hopes for a strong showing at the Jennian Homes New Zealand Track and Field Championship next month. Steve Landells caught up with the teenage talent to find out more of her revealing story.

When Camryn Smart powered home to 400m victory from lane seven at last month’s Cooks Classic in Whanganui, the long-striding style of the 19-year-old might have seemed familiar to a few seasoned observers.

When we reveal Camryn’s mother is New Zealand and Oceania 800m record-holder Toni Hodgkinson, then perhaps that running technique – not to mention exciting ability – begins to make sense.

Currently ranked number two in New Zealand for the women’s 400m, Camryn is part of an exciting crop of young sprinting talent currently ripping up the tracks up and down the country.

Next month, she plans to compete at the Jennian Homes New Zealand Track and Field Championships in Hastings, where she aims to match her mum and, some 26 years on, be crowned national 400m champion.

Should Camryn achieve the feat, it will be rich reward for her tenacity, talent and excellent coaching guidance, all underpinned by the understated but total support of her parents.

Raised in the small Tasman town of Motueka as the eldest daughter of Toni, who set her Oceania 800m record of 1:58.25 in the semi-finals of the 1996 Atlanta Olympics, and father, Alistair Smart, the two-time national 400m hurdles silver medallist, Camryn first took up athletics at her local club at the age of seven.

“I first remember competing on the grass track at Motueka and I recall people asking, ‘Do you want to be like your mum?’,” she says.

“Back then, I did enjoy athletics but I also enjoyed many other sports such as netball and basketball and I only started competing in athletics at the age of ten or 11.” 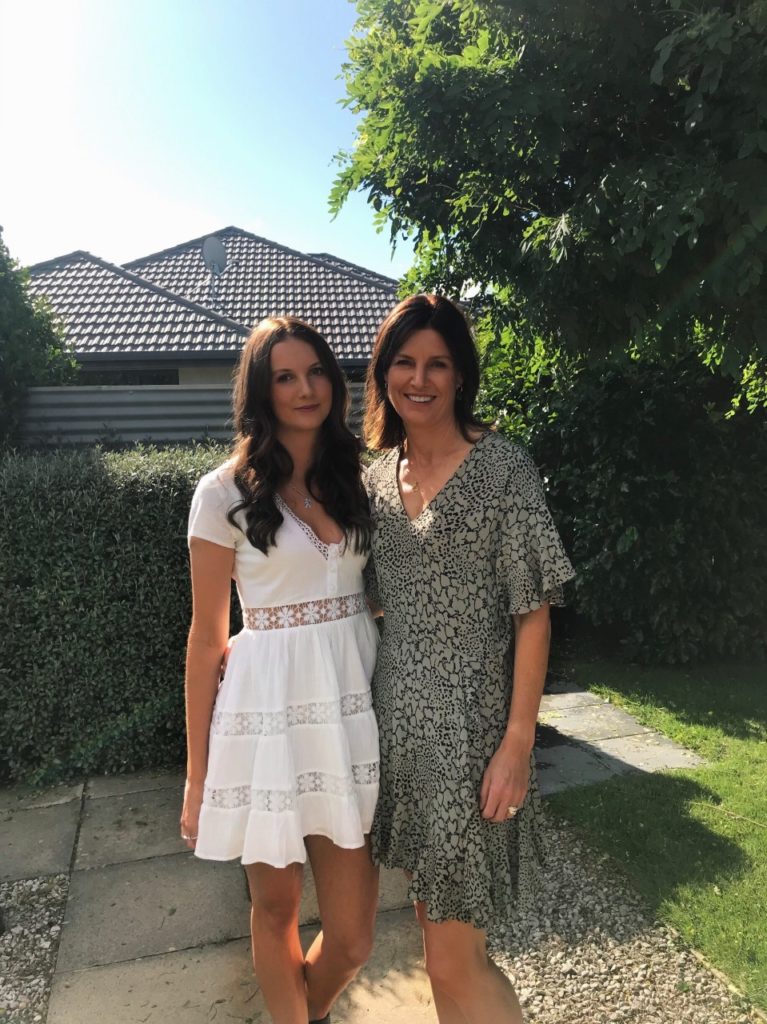 Emerging from a well-rounded sporting background, it was only after she started life as a student at Motueka High School did Camryn admit to taking athletics more seriously.

It was her good fortune that, despite the relatively small school roll of around 750 students, the school had an athletics academy led by influential coach Tony Aikenhead.

With athletics an important element of the school sports programme, it was Tony who identified her potential by selecting her to compete as a year nine student for Motueka High School in the junior 4x400m team at the 2015 New Zealand Secondary Schools Championships in Timaru.

“We ended up breaking the junior record (with 4:04.79) that day,” she recalls. “It was great to be part of a winning team and that was the moment I thought that maybe I was okay at this.”

Also featuring in that gold medal-winning 4x400m team was Izzy Neal – a fellow 400m sprinter, who currently sits one place ahead of Camryn on the 2021 New Zealand rankings.

Over the years, the pair have forged a close friendship, are self-confessed ‘besties’ and are currently student flat-mates on Auckland’s North Shore.

“We’ve been best friends since year nine,” Camryn says of Izzy. “It is nice to have someone so close to you that understands the sport and the commitment needed to succeed.”

Working hard under Tony’s guidance, her passion for the sport blossomed but a key moment in her development came as a Year 11 student when she made the decision to step up from the 200m to the 400m.

“I found I wasn’t really getting anywhere with the 200m as I didn’t have the speed that the top girls had in that event,” she explains. “That is when we decided to commit to the 400m and I started putting in the extra work needed to excel in that event.”

Enjoying the tactical nature of 400m running and the heavier endurance load compared to the shorter sprints, she performed with distinction at the 2018 New Zealand Secondary Schools Championships, placing fourth in both the individual 400m and 4x400m relay (minus Izzy who was injured).

Her performances in Dunedin gave her added motivation and, a few months later, she achieved her goal of mounting the medal dais by winning U-20 400m silver in a PB of 57.56 at the 2019 New Zealand Track and Field Championships in Christchurch.

Learning more about “how to run the event” and gaining more strength under Tony’s endurance-based training, she emerged for the 2019/20 season in great form.

Wiping more than half-a-second from her personal best with a time of 55.63 in Nelson in November 2019, she then starred at the New Zealand Secondary Schools Championships by striking 400m gold in 56.44.

“I actually went to secondary schools wanting to break mum’s senior girls’ record (of 54.92) but the conditions were not ideal in Wellington,” says Camryn, whose younger sister Riley won a junior girls’ 400m bronze at Newtown Park. “Still, it meant the world to me to win.”

A perfect championship for Camryn was then capped by winning 4x400m gold in a senior girls’ record time for Motueka High School –  a glorious way to sign off her career in schools sport.

In February 2020, it was all change for Camryn as she relocated to Auckland to study a communications degree at AUT. A large factor in the shift to New Zealand’s most populous city was to be a part of the country’s ‘main athletics hub’, where she came under the coaching guidance of Tony Catchpole (yes, yet another important Tony/Toni in her life), who works closely with esteemed nonagenarian coach Russ Hoggard.

Camryn’s father Alistair had formerly been coached by Russ and, since working with Tony, she has been hugely impressed by his knowledge and understanding of the sport.

“Russ says that Tony is probably one of the top technical and drills coaches in New Zealand,” she explains. “I find he is really good technically with an ability to analyse small details in training.”

Unfortunately, Camryn – who was still at that time in the very early days of her coach-athlete relationship with Tony Catchpole – was disqualified for running out of her lane after crossing the line third in the U-20 400m final at last year’s New Zealand nationals.

Shortly after, the country was plunged into lockdown with Camryn returning home to Motueka for two months, where she focused on building her endurance with longer runs.

On her return to Auckland, the North Harbour Bays athlete has developed further under the more speed-based programme of her current coach. In another change from her previous training regime, last winter she introduced gym work into her programme for the first time.

Faster and stronger than ever, this was reflected as she wiped more than half-a-second from her 400m PB with a 54.68 clocking in Nelson last November.

Surprised by the quality of that display, in her subsequent two 400m races she has maintained that sub-55 second consistency with a 54.96 clocking in a mixed race in Nelson followed by a 54.77 winning time to finish 0.70 clear of her ‘frival’ Izzy Neal in Whanganui.

“Running in lane seven, I had a lot of the top girls inside me to key off but my coach told me not to worry and just run my own race,” she explains of her victory at the Cooks Classic. “When I reached the 300m, I realised three or four were in a line. From there, I just dug in and won the race.”

More recently, she secured the Auckland title by trimming a further 0.01 from her lifetime best, recording 54.67.

Boasting a trademark strong finish, she hopes to perform at her best at next month’s Jennian Homes New Zealand Track and Field Championships in Hastings.

“I would love to win nationals and run under 54 seconds this season,” she explains. “Izzy took a whole second off her PB (to run 54.61) at Hamilton so it shows it is possible to do that.”

She also has aspirations to qualify in the individual 400m and 4x400m for the World University Games in Chengdu in August and, in the longer-term, would love to compete in the black singlet at an Olympic or Commonwealth Games.

Yet it is impossible to ignore the key role her parents have played in her running development.

“My mum gets a lot of credit, but my dad was also an amazing athlete,” she says. “They have always been a great support. They have always encouraged me to have fun and never put any pressure on me to perform.”

Mum is an inspiration to Camryn and she admits to watching Toni’s feats at the 1996 Atlanta Olympics – where she set an Oceania 800m record in the semi-finals before finishing eighth in the final – on many occasions.

“I sometimes just put the video on at home. I really enjoy watching it and find it very motivating,” she says.

Yet one questions remains: does Camryn in the long-term consider the prospect of moving up to the 800m, a distance in which her mum achieved the bulk of her success?

“I hadn’t really thought about it but, if my 400m didn’t progress, I might think more about the 400m hurdles,” she says.

“Sometimes in training my coach sets hurdles drills, so that might be a possible next step rather than the 800m.”