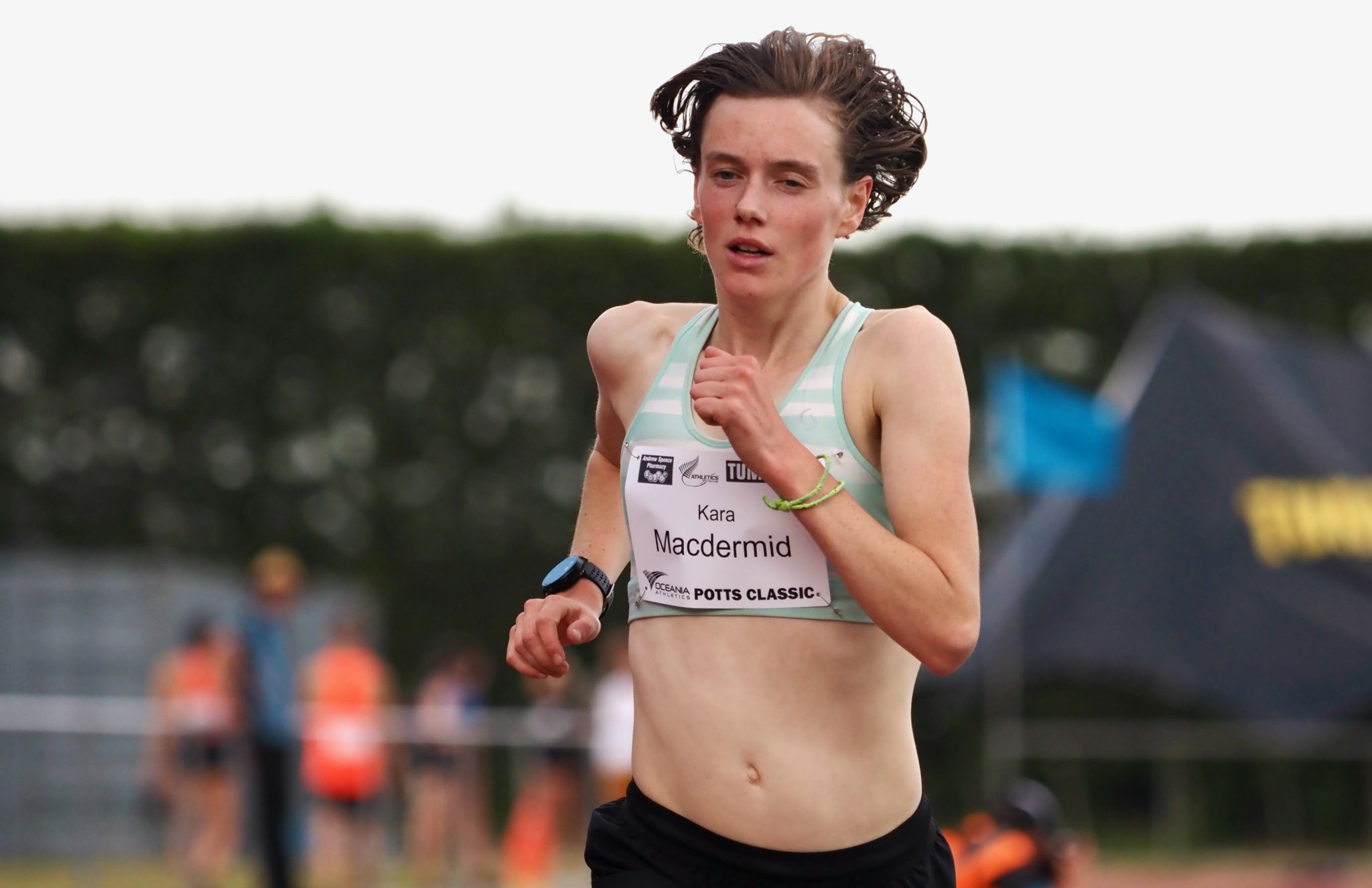 Fresh from title-winning success a week ago, Sam Tanner and Kara Macdermid will both be hoping to claim back-to-back national honours at the New Zealand Mile Championships, which make a long-awaited return as part of the Cooks Classic on Saturday evening.

The event will be a historic occasion as a national championship has not been run in the mile for over 50 years, the last taking place in 1969 at Seddon Park in Hamilton. Triumphant back then were Dick Quax (4:05.3) in the men and Heather Matthews (4:52.5) in the women.

It’s fitting that the event should now make its comeback at Cooks Gardens in Whanganui as the iconic venue is synonymous with the mile, Sir Peter Snell having broken the world record there in 1962. In total, Cooks Gardens has played host to 65 sub-four-minute miles, including memorable efforts by many members of running royalty.

International stars such as Craig Mottram (Australia), Kipchoge Keino (Kenya) and Mo Farah (Britain), as well as Kiwi legends like Nick Willis, Rod Dixon, Sir John Walker and Quax have all achieved that feat in Whanganui and Tanner is relishing the opportunity to follow in their famous footsteps.

“I didn’t actually know it had been so long since the mile championships were held,” he admits.

“To win this race would be an honour for starters but also really exciting because of the likes of Nick Willis, Sir John Walker and all the other greats that have run there and run amazing times. They’ve all set marks that were absolutely crazy so it will be a good challenge. But to run at a location such as this is also really exciting and quite humbling.”

Hot on the heels of winning the men’s and women’s national 3000m titles respectively last weekend at the Potts Classic in Hawke’s Bay, Tanner and Macdermid are both in contention to make it a double on Saturday evening.

Tanner in particular is favoured to do so as he is clearly in good form after his 3000m win and set New Zealand under-19 and under-20 mile records as an 18-year-old two years ago, running 3:58.41 at the same Cooks Gardens venue.

But he will face some stiff competition as four other sub-four-minute milers are also part of a strong field, namely Eric Speakman, Hamish Carson, Julian Oakley and George Beamish. Many of those taking part trailed in the wake of Tanner last weekend in Hastings and the Tauranga-based athlete is positive about his prospects of repeating the trick.

“I’m pretty confident I suppose, I’ve been looking forward to this race for a while,” he says.

“It excites me to race a mile, which I haven’t done since the start of last year. Hopefully, I can do another sub-four and it would be nice to go even faster. My goal is to run as fast as possible and I think that sort of time would be looking around the range of 3:53-3:54, maybe slightly faster if I’m having a good day,” the 20-year-old adds.

“I last ran a mile in 3:59 in the States, which was all right but I had actually been in shape to run a lot faster. Last year, I didn’t quite get the opportunity to perform the time I had probably been in shape to run because of Covid so I believe I can smash that time a lot better. We were probably looking at a 3:55 mile last year but I think it’s definitely achievable and attainable to run a bit faster than that.” 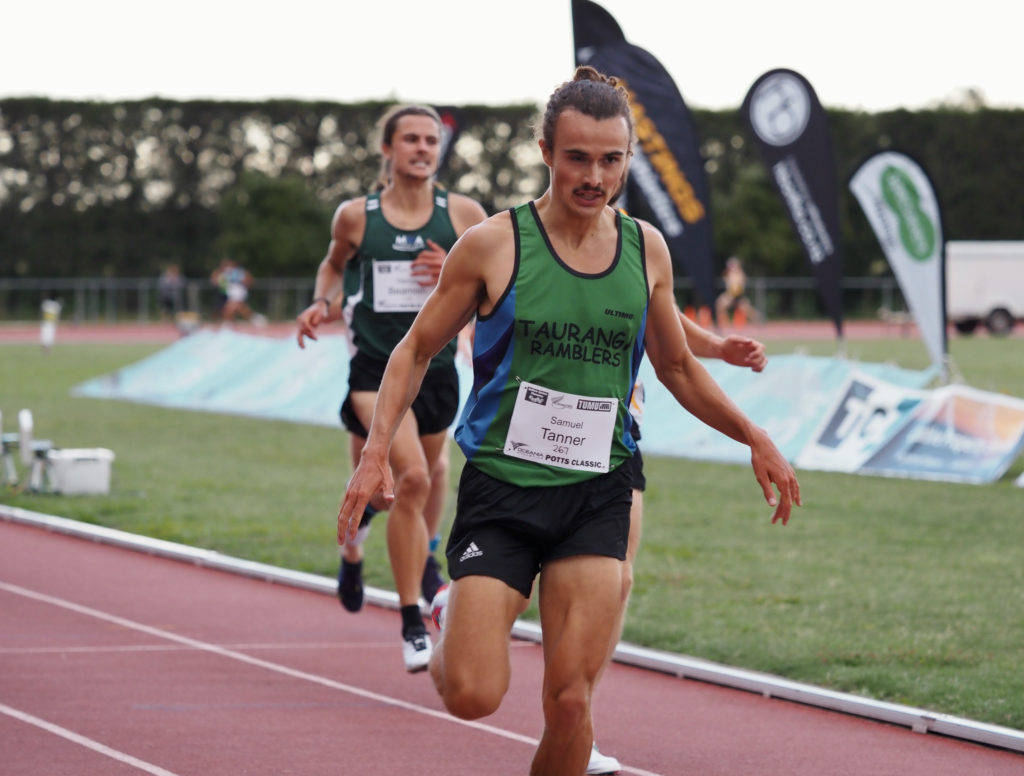 Macdermid is likely to find it much more difficult to claim back-to-back honours as the likes of Camille Buscomb and Katherine Camp are also eyeing up the national mile title.

But Macdermid’s confidence received a timely boost in Hastings, where she picked up a first senior national title with a dominant display in the 3000m. The 23-year-old broke free of the field around the halfway mark before accelerating away to secure a comprehensive victory in a time of 9:44.27.

Buscomb has not won a 1500m title but is a hugely-talented middle-distance runner with three 3000m national titles to her name. The 30-year-old’s 1500m personal best is 4:13.80, notched on the way to silver at the national championships in 2015.

Camp won the national title in the metric equivalent of the mile in 2019 and her personal best is 4:15.09, set at the Porritt Classic just under a year ago. She claimed victory in the mile at the Lovelock Classic earlier this month with 4:51.44.

A number of records are under threat, with the meeting record of 4:36.07 set by Lucy Oliver, the New Zealand resident record of 4:33.93 set by Anne Audain and the national record of 4:30.50 set by Christine Pfitzinger all likely to be challenged. 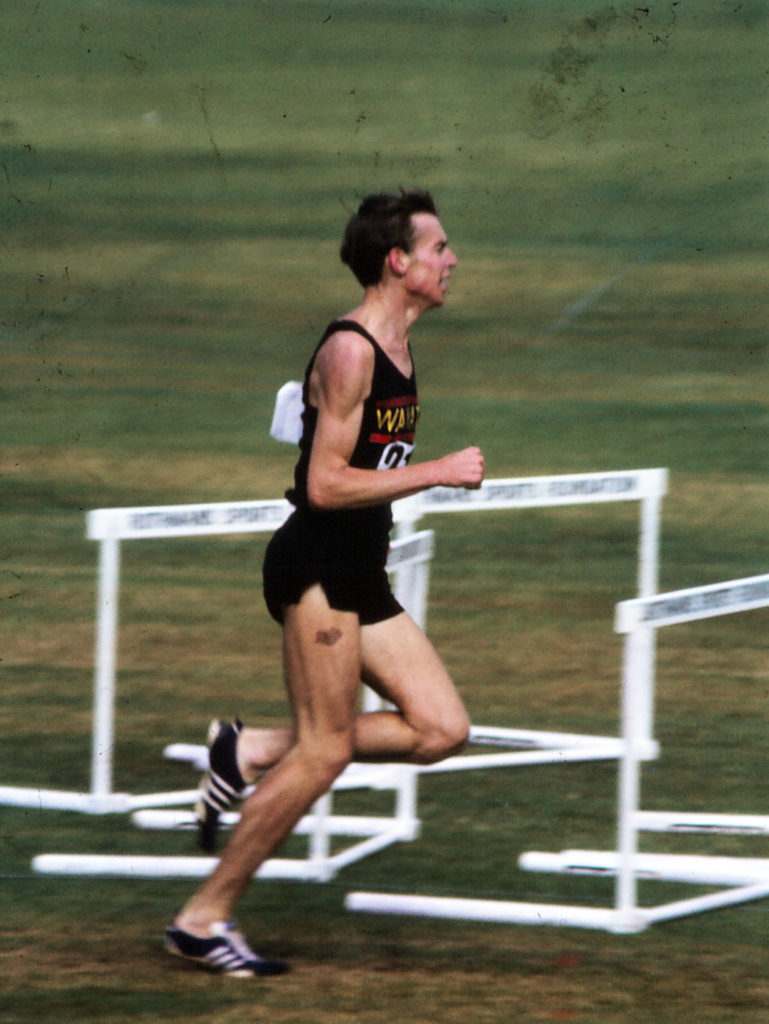 Dick Quax on his way to winning the men’s race at the last New Zealand Mile Championships in 1969 (Photo: Colin Morris)

The return of the New Zealand Mile Championships after five decades of absence is the result of lengthy lobbying by the likes of Whanganui Sports Heritage Trust coordinator Russell Sears and Athletics NZ life member Alec McNab, who finally received sign off to resurrect the event at the end of 2019.

It was due to return to Cooks Gardens in March of 2020 but those plans were unfortunately scuppered by challenges brought on by the Covid-19 pandemic, leaving fans of the mile to wait nearly another year.

Sir Peter Snell, who passed away just over a year ago aged 80, had been a supporter of bringing back the mile championships. His legacy will be impossible to ignore on Saturday evening at Cooks Gardens as a bronze statue in his image presides proudly over the finish line at a venue he did so much to make famous.

The Cooks Classic, featuring the New Zealand Mile Championships and U-20 3000m Championships, will be live streamed on the Sky Sport Next YouTube channel from 7pm.