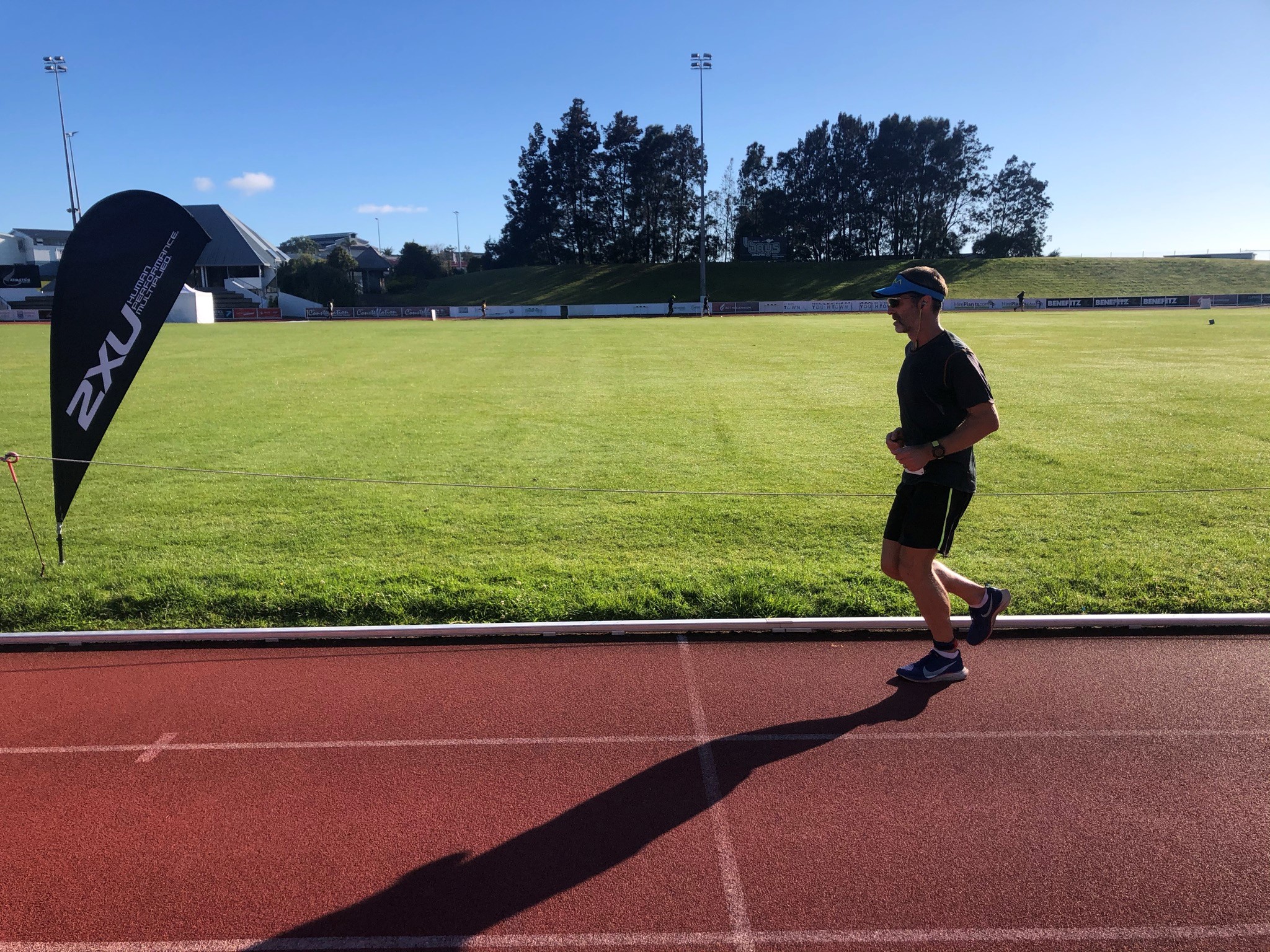 Keith Burrows and Dawn Tuffery created history at the New Zealand 24-hour Championships at AUT Millennium this weekend by becoming the first athletes to mount a successful defence of their respective titles.

In changeable conditions, which included a mix of heat, humidity, wind and rain, the duo demonstrated their pre-eminence on the domestic ultra-running scene to claim decisive victories around the 400m oval in Auckland’s North Shore.

In the men’s race, Burrows defied an ongoing hamstring issue which has hampered his preparation to cover an energy-sapping 536 laps and total distance of 214.4km to claim back-to-back successes in the men’s event after earning victory at the previous edition of the championships held in 2020.

The 47-year-old Owairaka AC athlete repelled a strong challenge from Paul Hewitson (Wellington Harriers) over the first third of the race and a gallant showing from Shawn O’Leary (TTT Runners) in the final third to clinch a memorable gold medal.

“It was a very different experience to my last win (in 2020) when everything went well,” explains Burrows. “I was nowhere near as a fit as in 2020 and this time and I became less worried about the distance and just aimed for the win.

“Paul (Hewitson) pushed me very hard for the first six or seven hours and I felt he was my strongest competition until he fell asleep.

“I got a 35-lap lead over Shawn (O’Leary) and then it was a case of counting down the hours and if Shawn got on to my shoulder, I would start running again just to keep him at arm’s length.”

Burrows admits that the body held up better than expected and to come within just 8km of the distance covered in 2020 – despite being significantly less fit – bodes well for his future plans to target a 240km in the 24-hour race.

However, he admits he owes a huge debut of gratitude to his wife, Natalie, and daughter, Alyssa, 10, who acted as his support team through the 24-hour quest – which began at 9am on Saturday.

“They were always on hand to get something when I needed it,” admits Burrows. “I wasn’t stomaching the food the organisers had supplied, so whether it was tea, Coca-Cola or dehydration drinks their support helped get me through the race.”

O’Leary secured the silver medal with a total distance of 201.6km with Hewitson (178km) rewarded with bronze. Third place in the race was taken by Richard McChesney of Lower Hutt, who covered a little over 100m further than Hewitson but he was not presented a medal as a non-club member.

Tuffery produced a typically eye-catching ultra-running display to retain her title from 2020 and secure a third national 24-hour crown by racking up 191.6km or 479 laps of AUT Millennium.

The 40-year-old from Hamilton Hawks was never headed and produced a dominant victory, yet like all competitors taking on the immense physical and psychological challenge of the 24-hour race she too faced her obstacles en route to gold.

“I’m pretty happy with the result and I got a respectable total distance,” explains Dawn. “But I found it was quite muggy and humid and a little bit warmer than ideal and that set up my stomach to not do well on the night.

“I couldn’t keep any food down while for small periods it rained, which made the track wet, and I picked up quite a lot of blisters.”

The vastly experienced ultra-runner however, managed to navigate the lows, focused on the task in hand and thanked her support crew, which included her fellow New Zealand representative at the World 100km Championships in August, Fiona Hayvice.

“The whole challenge of the event is to try and stay positive and in Fiona I had a top-notch support crew,” she adds. “I feel very lucky that she flew up from Wellington to support me.

“It is an event where everyone has experienced such as journey to get their result. I am very proud of everyone finishing and happy with how it turned out.”

Tuffery’s club-mate Sue Hunter picked up the silver medal with a total distance of 136.4km. Emma Owen of Whangarei with a cumulative distance of 164km crossed the line second but is not awarded a medal as a non-club member.