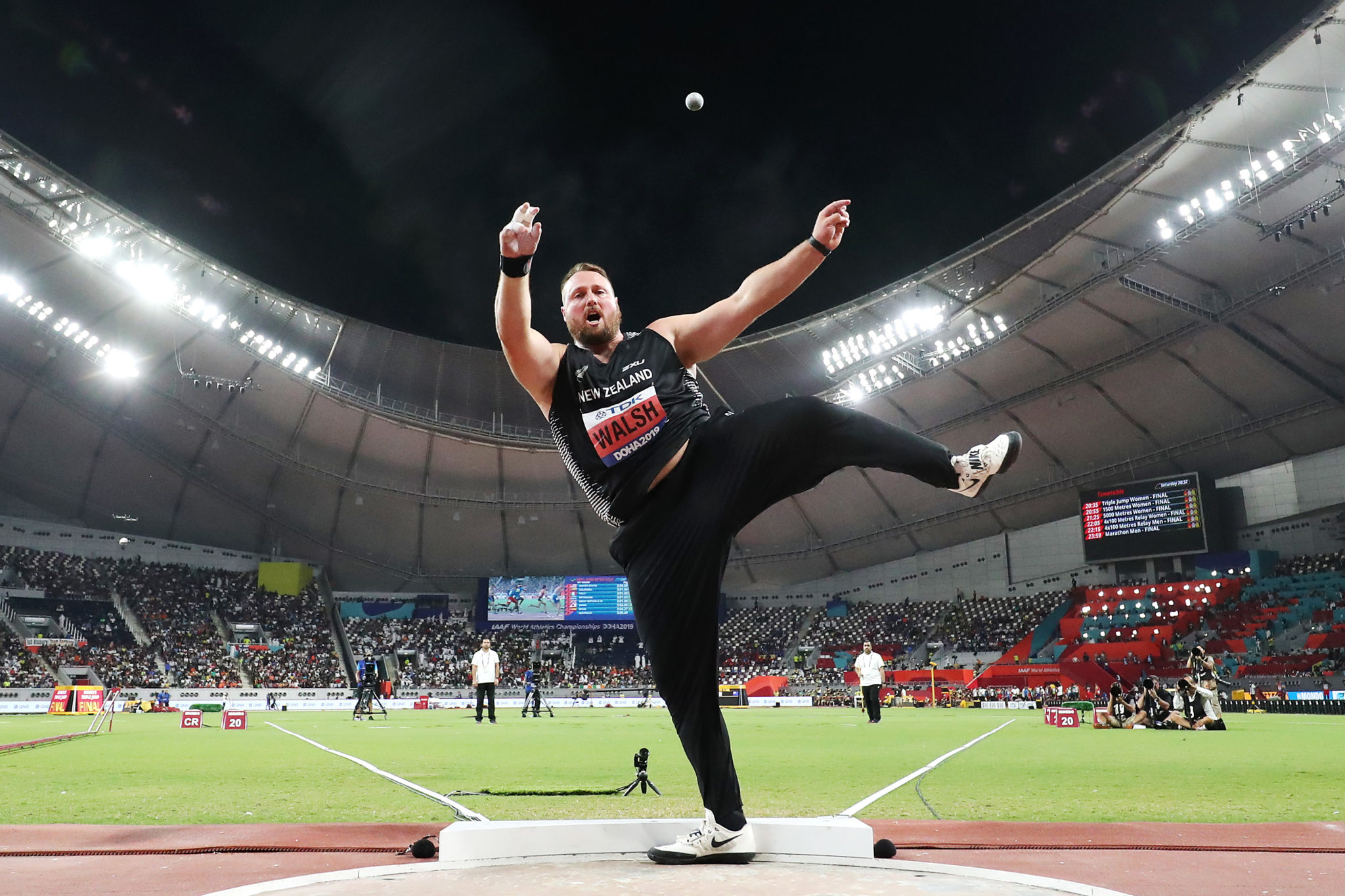 The last time Walsh competed in Doha was at the 2019 World Athletics Championships, where he launched the shot put out to a New Zealand record of 22.90m, earning a bronze medal in a hotly contested final.

Having to struggled to find his very best form during the summer athletics season in New Zealand, the 29-year-old is starting to hit his stride, and securing the win at the second Diamond League meet of the 2021 season on Saturday morning is another step in the right direction.

Four out of six of Walsh’s throws were close to or over the 21.50m, with his best throw of 21.63m coming in the last round of the competition to secure victory. The mark is an 16cm shy of his season’s best throw of 21.79m, achieved the Jennian Homes New Zealand Track & Field Championships in Hastings in March. Twenty-year-old Hawke’s Bay athlete Nick Palmer was runner-up in the competition, with a best throw of 18.36m.

This was also a third successive Diamond league victory for Walsh, who also claimed top spot in both Paris and Brussels in August-September 2019.

Prior to that performance in Hastings, where Walsh won his 12th national title, the Kiwi star had struggled to find his rhythm, falling to four straight defeats to Auckland-based rival Jacko Gill, before starting to turn things around at the Sir Graeme Douglas International in February. On that day, he threw 21.60m on his way to victory and put an end to his run of consecutive defeats.

Since winning selection to the New Zealand team for the rescheduled Tokyo 2020 Olympic Games, Walsh has relocated to the US where he has been training and competing. His first international competition post-Covid was the Tucson Elite Classic in Arizona, where he threw 21.71m in finishing second to American Ryan Crouser.

Walsh’s recent string of performances indicates he is starting to peak at just the right time ahead of the Olympic Games, which kick off in July. The Timaru athlete, coached by Dale Stevenson, is heading back to the US and will next compete at the Music City Track Carnival in Nashville, Tennessee on 5 June. He’ll then travel to Europe for another Diamond League meet in Florence, Italy on 10 June, followed by a further three European events in Poland and Hungary throughout June and July.

Fellow Tokyo-bound athlete Camille Buscomb also competed today in Doha, finishing 10th in the 3000m in a time of 8:58.10.