Walsh looks to make a statement 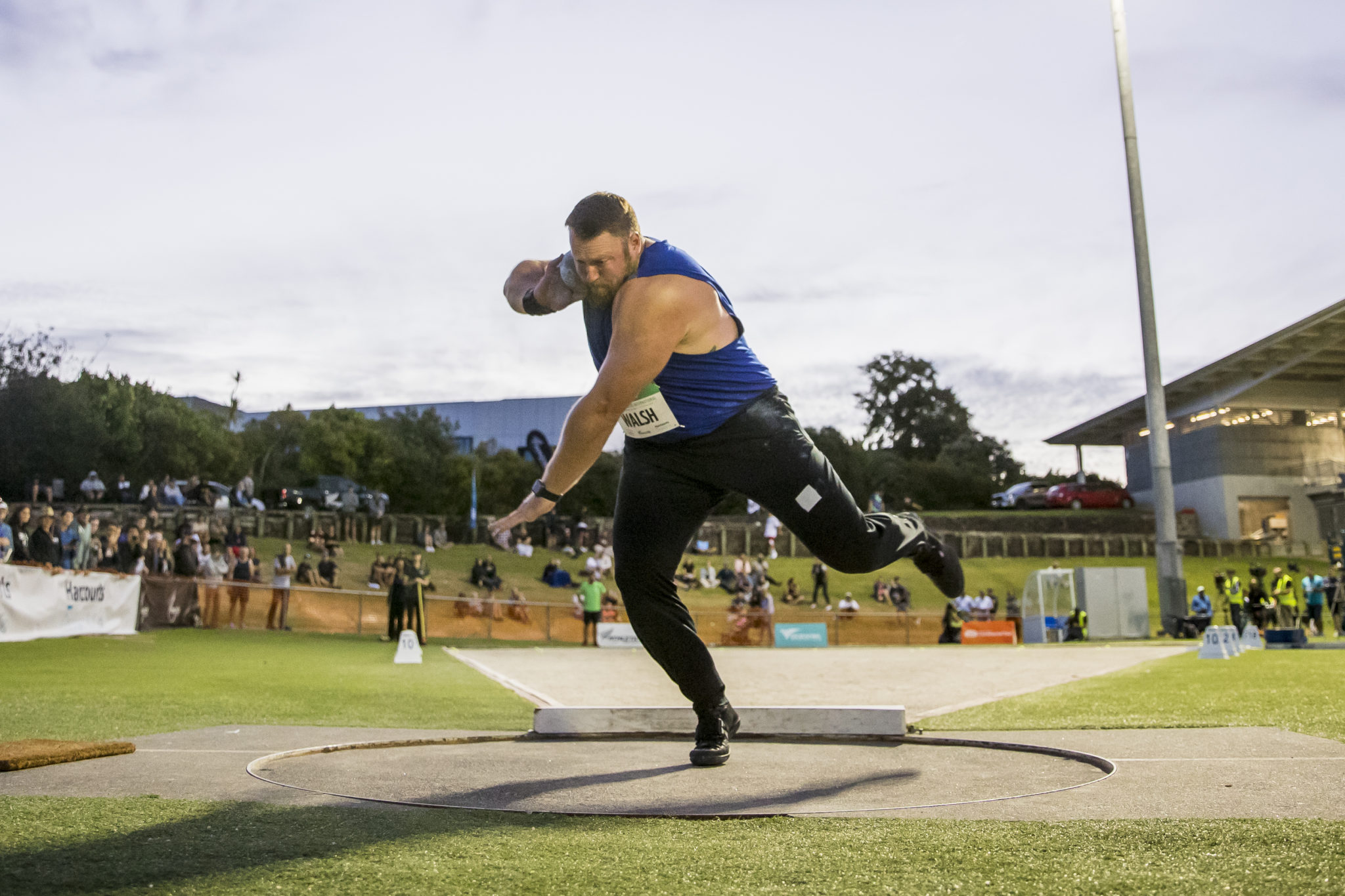 Shot put titan Tom Walsh believes the rescheduling of the Jennian Homes New Zealand Track and Field Championships in Hastings has worked in his favour as he seeks a 12th successive national title on Friday.

The marquee Athletics New Zealand competition was originally scheduled for earlier this month but an untimely Covid outbreak in Auckland forced its postponement to the new dates and the 29-year-old thrower is confident the three-week delay will have a positive impact on his performance.

“I’m certainly in better shape than I would have been three weeks ago because we decided as a team to lengthen out my peak,” says Walsh, a three-time world champion.

“I haven’t been in this shape since around this time last year just before the Brisbane meet which was cancelled, so this is a real opportunity to cash in and put out a big statement on Friday,” he adds.

“I don’t like to talk distances but I’m definitely in shape to throw well and in excess of 22m,” says Walsh, whose last plus-22m throw in New Zealand was a mighty 22.67m resident record, set in Auckland three years ago.

By his own very high standards, the 2016 Rio Olympic bronze medallist has struggled to find his best form so far this season and was surprisingly defeated in four successive competitions by in-form rival Jacko Gill.

While fully acknowledging the performances of Gill, Walsh says a multitude of factors contributed to his below-par throwing.

Describing the past year as “bloody tough”, the South Canterbury AC athlete was denied the opportunity to compete internationally, which has taken a toll.

Meanwhile, he also admits he has not responded as well as he would have liked to the challenge thrown down by Gill, who was in personal-best form throughout the summer.

But chats to sports psychologist John Quinn and coach Dale Stevenson proved critical and he produced a much better performance in his last appearance at the Sir Graeme Douglas International in Auckland last month, snapping his losing streak to Gill with a season’s best effort of 21.60m.

“They both said: ‘Why are you beating yourself up, everything is negative. You are not giving yourself a chance’,” explains Tom of his conversations with Stevenson and Quinn.

“As soon as I started to become more positive when reviewing each throw, it led to me moving better in the circle. Trying to be a lot more positive has made a big difference.

Which brings us back to Hastings. On Friday evening, Walsh has an opportunity to extend his long-standing winning streak at the Jennian Homes New Zealand Track and Field Championships – a feat he will almost surely achieve barring disaster as Gill will not be competing at Mitre 10 Park.

That leaves local hero Nick Palmer as the man most likely to get closest to Walsh, the finest male shot putter New Zealand has produced.

Palmer will be boosted by the support of his home crowd and is in good form after setting a new personal best on three occasions since the turn of the year.

He broke the 18m-mark for the first time at the Sir Graeme Douglas International, adding 50cm to his previous best, and will be hoping to continue his progress on his return to home soil – he is now based in Christchurch as part of Stevenson’s training group of stars, which also includes Dame Valerie Adams.

But it would take a herculean effort to threaten the title push of Walsh, who is delighted to be in such good condition for the showpiece event on the domestic athletics calendar – and the last before the Tokyo Olympics and Paralympics.

“A big reason why I do the sport is to throw when I’m feeling fresh and it really excites me to have this opportunity to be in even better shape than I would have been following the postponement,” he says.

The men’s shot put at the Jennian Homes New Zealand Track and Field Championships takes place from 6.15pm on Friday.

There will be live streaming on the Sky Sport Next YouTube channel.

For more information on the Jennian Homes New Zealand Track and Field Championships, including the timetable and field lists, please click here