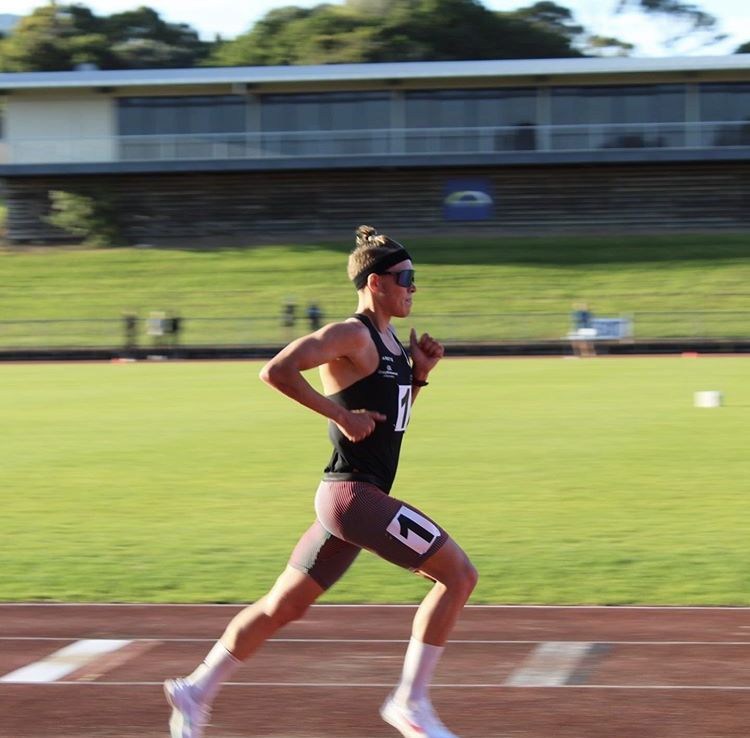 In a valiant attempt, Hayden Wilde came up short in his bid to break Bill Baillie’s 1963 one-hour New Zealand record.

In blustery conditions at Mt Smart Stadium, Wilde covered 19,834m in the one hour – short of the 20,190 that Baillie achieved at Lovelock Track 57 years ago.

With the help of pacing from Aaron Pulford, Cameron Graves and Sam Tanner, Wilde was on target after 35 laps of 50 that he needed to complete within the hour.

However, after Tanner withdrew, Wilde was left to battle the strong head wind down the main straight.

Wilde, the national 5000m track champion, said that he gave it everything.

“The wind was a factor but I don’t want to make that like my excuse. I couldn’t have done any better and that’s all I had,” he said.

“The preparation was as good as it could have been, I’ve been hitting good numbers on the track in Tauranga. My coach thought I could do it and I really believed I could but it just wasn’t my day today.”

He said the last 4km was really tough.

“At 16k I started to feel it and big gusts were coming through and it just slowed me down one or two seconds. I was trying to use the tail wind as much as I could but it was just a battle for me.”

Wilde said he would be keen to have another crack at the record this year.

His coach Craig Kirkwood said it was an honest effort in the conditions.

“In these times it was a great distraction from not being able to get overseas to race for him. It was great to get some TV coverage and it was a great profile for the sport,” Kirkwood said.