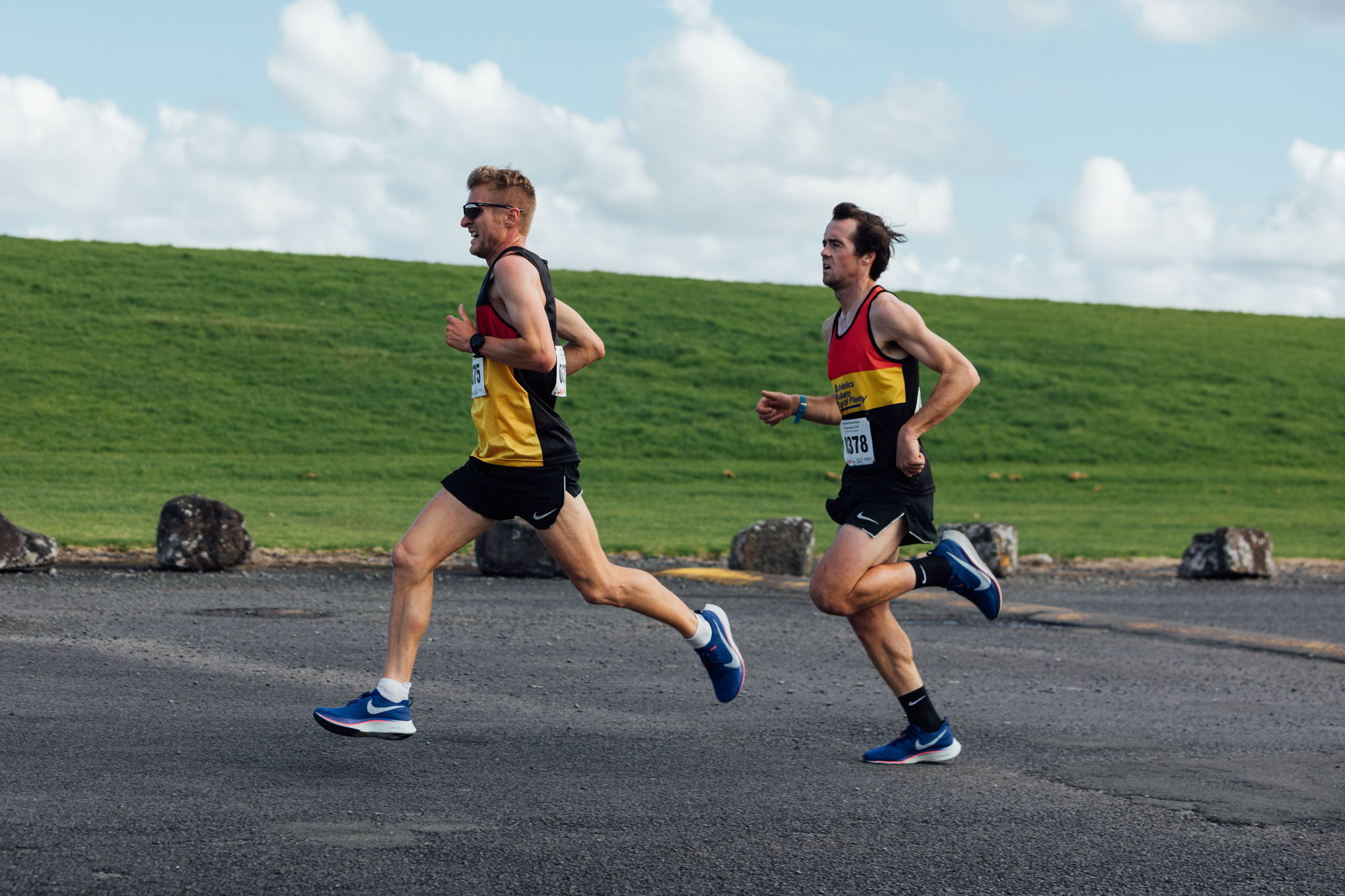 Ahead of the New Zealand Road Race Championships in Auckland this Saturday, Steve Landells chats to defending senior men’s champion Aaron Pulford about his expectations for this year’s race and proud record in the annual event.

For the past decade, Aaron Pulford has been one of the premier distance runners on the domestic circuit.

A national champion over 10,000m on the track and over the half-marathon and marathon distance on the road, the former New Zealand representative at the World U20 Championships boasts a long and proud record in the sport.

Yet perhaps Aaron is best associated domestically with his outstanding medal record at the New Zealand Road Race Championships, in which he boasts five podium finishes in the last six editions, highlighted by victory in last year’s race in Auckland.

On Saturday, the experienced distance runner will head to Bruce Pulman Park seeking to become the seventh repeat winner of the title and create his own mark in history for an event which means a lot to the man who originally hails from Thames in the Coromandel.

“I’ve always enjoyed the 10km distance, it is probably my favourite and the national 10km road race always acts as a good stepping stone ahead of the track season,” explains Aaron of his fondness for the event.

“I often use it as an opportunity to run a hard 10km before running the 10,000m at the Zatopek meet in Melbourne.

“Obviously, because of Covid that won’t be the case this year, but I still hope to run the domestic track season, starting with the Night of 5s in Auckland.

“It was really meaningful for me to finally win it last year, I’ve been trying to win it for some time. It is always nice to win a national title.”

A gifted age-group athlete, Aaron set a national U20 10,000m record of 29:14.23, which still stands today, when finishing an outstanding fifth at the 2010 World U20 Championships in Moncton, Canada.

Aaron has since gone on to win national titles over a range of distances but up until last year had found the 10km road crown beyond him.

In 2014, he placed third in Tauranga before returning to finish one place higher, behind Malcolm Hicks, on the same course 12 months later.

In 2017 in Cambridge, Aaron placed third behind Dan Balchin and the following year he upgraded to silver behind Otago’s Oli Chignell in Hamilton.

Coached by two-time Olympic marathoner and Athletics NZ CEO Peter Pfitzinger, in late 2018 he embarked on a four-month-long training trip to Kenya.

Sharing his time between living in the house of New Zealand marathon record-holder Zane Robertson in Iten and in a Spartan motel near Kaptagat, the training base of Olympic marathon champion Eliud Kipchoge, was to prove an eye-opening experience for the 29-year-old.

Despite experiencing frequent power cuts and sometimes cold rather than warm showers in the motel, Aaron thrived, at least initially.

“When I first got to Kenya I got into really good shape,” he explains.

“Kenya is a great environment to train in but I probably stayed too long. I started to do some crazy sessions and became fatigued and burnt out.”

Initially promised a spot in the 2019 Tokyo Marathon, the option to race in the Japanese capital did not transpire. But the following weekend he ended up racing the Lake Biwa Marathon in Japan where he performed “horribly”.

Tired from his lengthy period in East Africa, he finished 92nd. He had set a personal best of 2:26:47 but expected much more.

On his return to New Zealand last year he targeted the Gold Coast 10km, in which he set himself the goal of beating the course record time of 29:30.

Unfortunately, just two days before the race last July he picked up an untimely bout of food poisoning and was forced to withdraw.

“I was devastated because I had all that strong running in my legs but couldn’t compete,” he explains.

Yet it was last September when Aaron’s good shape was finally rewarded as he took out an elusive first national 10km road title in Auckland, doing so in a personal best of 30:15 by a victory margin of 19 seconds from Michael Voss.

Hoping to translate that form through to the track campaign, a niggling Achilles injury was to prevent Aaron competing from October through to March only for the country to then go into lockdown.

Aaron, who represents the Thames Harrier Club, admits training without a clear competitive target sapped his motivation at times during lockdown.

But with the Robertson twins, Zane and Jake, returning to New Zealand during the pandemic and settling in Tauranga – and with national 5,000m champion and international triathlete Hayden Wilde, as well as University of Washington student Sam Tanner, the 2019 national senior 1500m champion, also based in the city – he has not been short of training partners, which has acted as a big boost.

“My motivation picked up,” he explains. “The past four weeks the training has gone well and I’m looking forward to the 10km road champs.”

Training is not always easy for Aaron. He works in a physical job as a landscaper and also helps out his father in Thames as a commercial fisherman.

Naturally, this can take a toll on the body, although Aaron prefers to suck out the positives.

“Training can he limited some days and sometimes my sessions do not go as well as I hope because of outside factors,” he explains of his demanding work schedule. “To train with the boys after a long, hard day at work can be quite hard but it does make you mentally stronger.”

In his two most recent competitions, Aaron performed well to finish second behind the prodigiously talented Tanner at the Waikato Cross Country Championships before enduring “a terrible day” to finish eighth at the New Zealand Cross Country Challenge in Dunedin, more than two minutes behind race winner Wilde.

Yet he has bounced back from that disappointment and, after enjoying a good training period and bolstered by his record at the New Zealand Road Race Championships, is confident of a strong showing in Auckland.

“The goal is definitely to defend my title,” he adds.

“I know Matt Baxter (who earlier this year set a New Zealand Indoor 5,000m record of 13:27.61) is running, I haven’t raced him for more than a year, so it will be fun. The course can be quite exposed to the wind, which can make it a hard course but with no wind it can be quite fast.”

Beyond that, he will be looking to run sub-14 minutes for the 5,000m during the track season but, despite his passion for the 10km distance, he acknowledges his future probably lies as a marathon runner.

“The marathon is the main goal,” he explains.

“To be world-class over 10,000m you need to be running under 28 minutes (Aaron’s PB is 29:06.74). I’m probably more suited to the marathon. But preparing to run 10km is good crossover for the half marathon, which can then enable you to run a good marathon. It is like a chain reaction.”

Please note there will be no livestreaming coverage of the event this year.