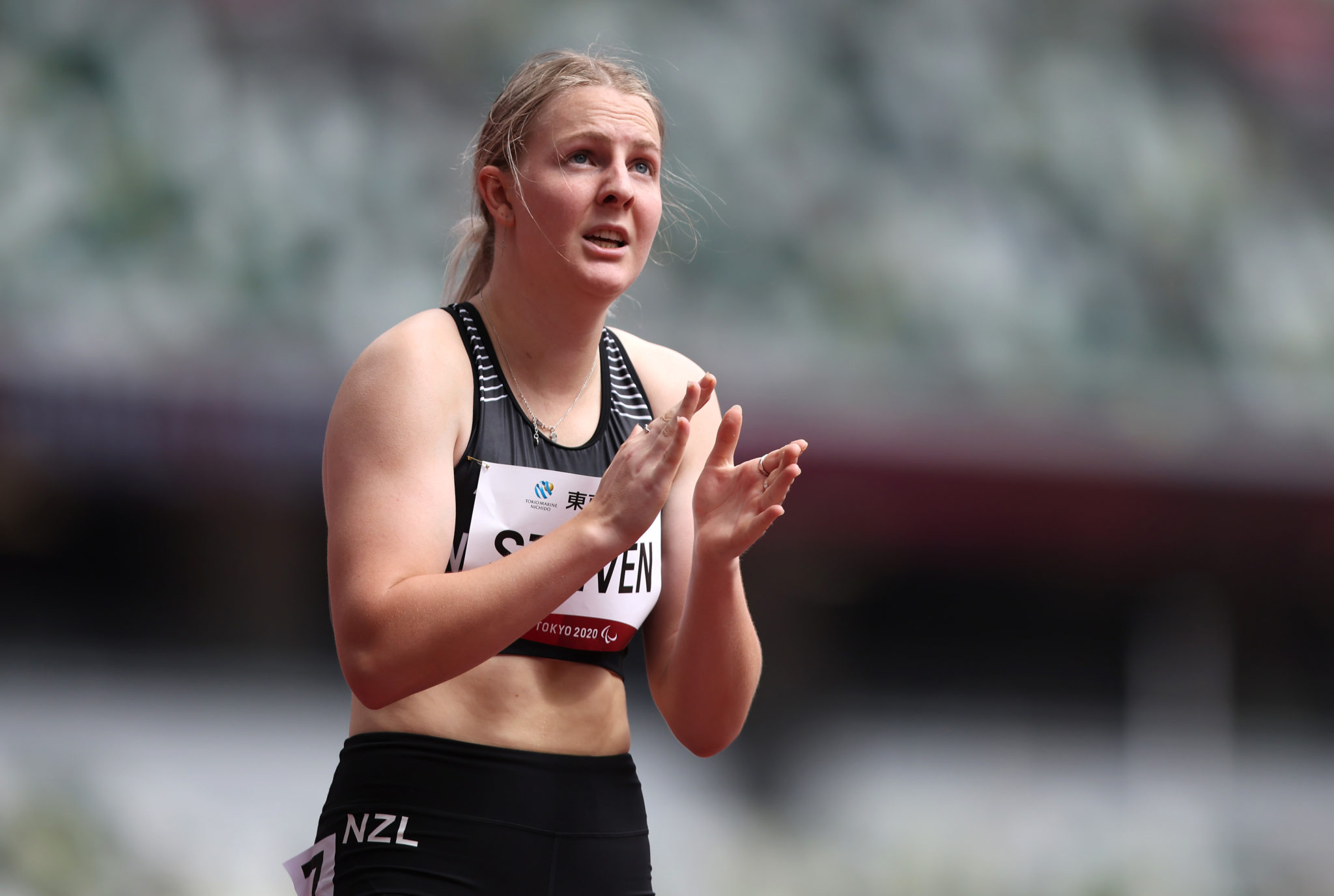 Anna Steven gave it her all in the 200m T36 final (Photo: Getty Images)

Kiwi Anna Steven experienced a 21st birthday she will never forget by placing eighth in the final of the women’s 200m T64 at the Tokyo 2020 Paralympic Games.

Making her Paralympic debut, the Auckland blade runner stopped the clock in 28.88 in a highly competitive final won by Dutch sprint ace Marlene van Gansewinkel – who set a blistering Paralympic record of 26.22.

Drawn in the tight lane two, Anna could not quite match her Oceania record and PB of 28.60 time set in the morning heats, but the North Harbour Bays athlete can still be immensely proud of her efforts in the white hot heat of Paralympic competition.

A proud Anna, who finished seventh in the women’s 200m T64 final at the 2019 World Para Athletics Championships, said: “It is so surreal and extra special to be making my (Paralympic) debut on my (21st) birthday. I am really stoked to get an Oceania record and PB in the heats this morning and to make the final as well is the icing on the cake.”

On what she takes from her efforts over the 200m today she added: “The experience of being in the stadium itself and to face the initial nerves of racing is cool. I’m just fizzing to get going in the 100m.”

The New Zealand sprinter will take to the track again on Thursday in the heats of the women’s 100m T64 from 11.55pm.

The only Kiwi in action on Wednesday (today) is Danielle Aitchison who starts her quest for a second medal at Tokyo 2020 in heat one of the women’s 100m T36 at 2.15pm, with the final to follow at 10.10pm. The 20-year-old Waikato sprinter snared an outstanding silver medal in the women’s 200m T36 on Sunday.