Athletes on the Frontline 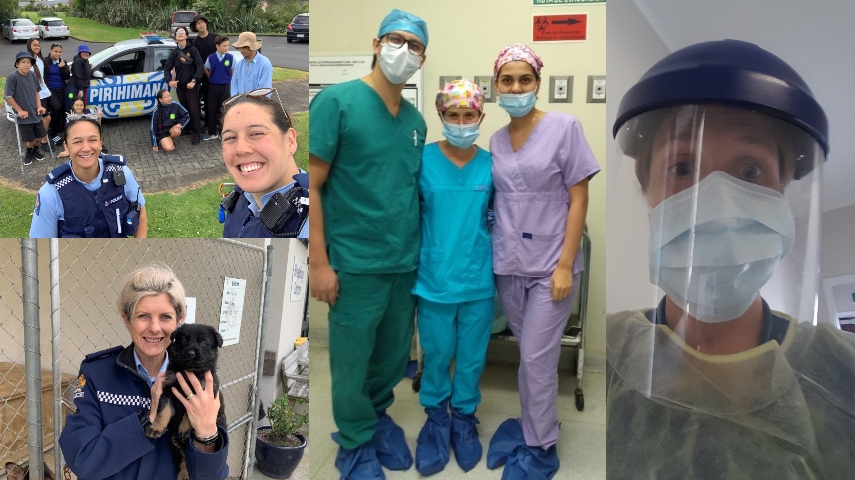 While many of us have had to sit out the past six weeks or so at home in lockdown the essential workers have been out in the field in an effort to keep us safe and healthy. Steve Landells chats to a quartet of very special women about their role and how they’ve managed to continue running. 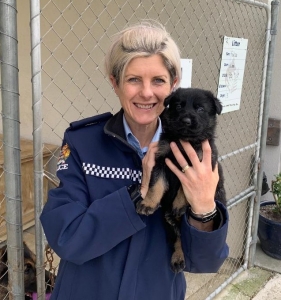 Few athletes within the New Zealand running community have quite the same level of responsibility as Police Superintendent Mel Aitken, a fact which has only intensified during the Covid-19 crisis.

Based out of the National Police HQ in Wellington in her role as the National Manager for Safer People, Mel is responsible for the wellness and safety for the 14,000-strong New Zealand Police Force.

Yet such are the 43 year old former Queenstown Marathon winner’s relentless powers of endurance, she has not only completed gruelling shifts through the pandemic she also, remarkably, has been able to maintain an average weekly mileage of between 140-150km a week.

“I’m lucky in many ways because since lockdown not a lot has changed, both in my daily work pattern and in my running life,” explains Mel, a 2:47 marathoner.

“The nature of my role means I have still come into work every day, although managing Covid-19 has led to a whole heap of extra work. I can’t remember the last time I had a day off, but there is light at the end of the tunnel. I’m lucky that I’ve got a good job, there are plenty of people in a much worse position.”

During the Covid-19 pandemic, Mel has had to adapt her physical work environment, in which half the staff have had to work remotely and half continue to base themselves at HQ. But the bulk of Mel’s work has been focused on responding to the needs of the police in these challenging times.

“We have to make sure the police have the right PPE and equipment – anything to ensure their safety needs are met,” she adds. “On the street the police have found that during the Covid-19 crisis, they now have to operate in different ways, so we have set up procedures around that.

“In an emergency response role we can’t be waiting for an answer, we have to front foot everything to make sure the police have been able to do their job and remain safe.”

Despite the intensive work schedule and high levels of pressure, Mel has found a way to continue to run every day. As an essential worker, she been legally allowed to run the 16km distance from her home in Tawa to work in Central Wellington most mornings. Additional runs have included completing the kilometres around her home, often covered in several loops.

Under the guidance of her coach, Craig Kirkwood, she has retained a high level of fitness and heavy mileage, but how has she her maintained her motivation levels with no competitive races on the horizon?

“Many people know me as a prolific racer, so it is quite foreign for me to have gone many weeks without a race,” she adds. “I’d previously thought running races was my primary motivation, but what I’ve learned about myself is that I just love the feeling of running every day. I’ve not lost any motivation, which has been quite a cool thing to have learned about myself.” 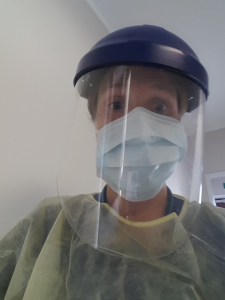 To say that 2020 has not gone to script for Alice Mason is a massive understatement. After quitting her job as a full-time doctor at Rotorua Hospital, where she worked in both the emergency department and paediatrics, she took the decision in October to focus on athletics for six months.

It was a logical move based on her outstanding form in 2019 in which she completed a hat-trick of New Zealand marathon titles and lowered her lifetime best for the 42.2km distance, with a 2:38:35 clocking in Sydney in September. The goal for Alice was to run a quick time in the Seoul Marathon in March, with half-an-eye on achieving a mark which might impress Olympic selectors.

“Technically my time in Sydney was an automatic qualifier for Tokyo (Olympics) but I knew I needed to run faster and the goal was to run around 2:33. I had enjoyed five really good months of training,” explains Alice. “I was probably in the form of my life, and I was really excited to see what I could do.”

Yet three weeks before the Seoul Marathon, the race was cancelled because of the rapidly worsening global situation with Covid-19, all other races in the foreseeable future quickly followed. Alice was naturally disappointed that five months of hard training was not rewarded with a marathon outing, but the 32 year old took a mature and reasoned approach to the changing circumstances

“Everyone has been affected (by Covid-19), so it is hard to feel too sorry for yourself,” she says. “After the races were being cancelled and during a global pandemic, I figured it was a good time to once again work as a doctor.”

Alice has since returned to work at the Accident and Health Centre in Tauranga and also continues to carry out some work at Rotorua Hospital. Thankfully as the Covid-19 pandemic has only minimally impacted the health of New Zealanders, compared to many other countries, her work has remained fairly quiet. This has allowed Alice, who lives in Rotorua, to still focus on training.

“I’m very lucky in that my training has not been too adversely effected,” she explains. “I live close to the Redwoods, it is my local area and I’ve been able to carry out most of my training there.”

Like all athletes, Alice is just waiting patiently for when competition will resume, but in the meantime she is just thankful to be a doctor.

“Covid-19 has affected all of us in some way, there are so many people anxious or distressed. What the experience has made me realise is that it is a real privilege to have the skills, which can help make a difference,” she says. 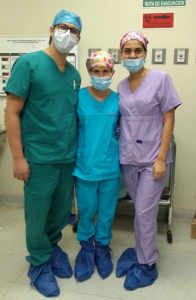 As a doctor fighting for patients with the coronavirus on the frontline, the running concerns of three-time New Zealand Mountain Running Champion, Sabrina Grogan, were put into clear perspective. Sabrina, who works as a junior doctor at Timaru Hospital, had to treat patients with Covid-19, while also juggling the demands of maintaining her training.

The 26 year old athlete finished a solid 39th at the World Mountain Running Championships, in Argentina in November, but on her return back to New Zealand she identified an injury issue with her illotibial band.

“The course (in Argentina) was beautiful but also very difficult with some downhill sections at a 43 percent gradient,” she explains. “At the time I didn’t know I’d picked up the injury, but when going out for an easy run back in Timaru, my IT band got very angry and for the first time, I’d picked up an injury which I couldn’t run through.”

Under the guidance of her coach, Maria Hassan, and with input from a physio she started a rehab programme on the road to recovery. After the country went into lockdown, it created complications for Sabrina as she could no longer access a gym or swimming pool for rehab. However, aware of what her mountain running friends in Italy were experiencing, she took the positives out of her situation.

“In Italy people were not even allowed to leave their houses, which softened the blow,” she explains. “I was at least able to get out in the fresh air and exercise, all while I heard admirable stories of my friends doing 100 laps of the stairs at home, which must have been so tough.”

Currently working more than 50 hours a week she often has to carry out exercise in the pitch black before work, as she alternates 10km runs with a one-hour bike ride on her gradual return to full training.

At the moment, the 2020 World Mountain Running Championships in Lanzarote, Spain is currently scheduled to go ahead. And should international travel resume and the event be allowed to proceed, then this will be the main goal for Sabrina. However, at the moment her main priority is towards the patients at Timaru Hospital.

“We’ve had patients with the coronavirus and we have to be extremely careful with our hygiene while the protective gear is pretty hot,” she adds. “I was also very worried I would bring the virus home to my partner or make somebody else unwell. But by far the most difficult part has been not being able to allow families to see their loved ones when they are unwell. It has brought a lot of stress to the hospital team.”

What Sabrina is hugely impressed with is that when the lockdown was called, New Zealand has so far observed the guidelines to avoid the worst ravages of Covid-19.

“It must be horrific for those countries whose hospitals who have been completely overwhelmed by the virus, and I cannot imagine how bad that must be.” 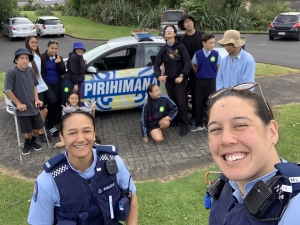 As both a Police Constable in West Auckland and New Zealand discus champion, TeRina Keenan’s professional and sporting life has changed out of all recognition during the Covid-19 lockdown. Her policing role has significantly altered, as a much larger percentage of her role is now focused on the public upholding the government guidelines.

From a training perspective, her lack of access to a discus circle has limited her training to gym work from home and several runs per week, as her throwing has taken a backseat. TeRina, a former World Championship representative, landed her second New Zealand senior discus title in Christchurch in March, but it quickly became apparent that the emerging issue of Covid-19 would bring about some sizeable changes to her police work.

“A big focus on my role is now educating the public on what they can and can’t do,” she explains.

TeRina has had to adjust her thought process to remember to keep her social distance while wearing PPE, which has made policing more challenging. Even the rhythm of her work day has changed because of the different demands of policing under lockdown.

“For several weeks we found it was really busy during the day but dead at night, which at least gave us the chance to catch up on paperwork,” she says. “We also found we were busy but dealing with more issues within families because people were cooped up for so long.”

Working shifts, even prior to lockdown, made the demands of training tough, but more complications have followed during lockdown with no access to a discus circle. Communicating regularly with her coach, Kirsten Hellier, she managed to acquire 60kg worth of weights and a bar before lockdown, to allow for regularly weight training, while she has also devoted time to running.

“I’m one of the few throwers that enjoys running, so will go out for a couple of shorter runs at around 2.8km and a longer 5km run each week.”

TeRina will take an enforced absence from training as she undergoes surgery on her troublesome right ankle (on Thursday May 7) – which is expected to sideline her for ten weeks, but she hopes to make a successful return to training in pursuit of a place on the re-scheduled Olympics next year. Yet in the short-term her priority will be policing the front line, to ensure New Zealander’s are abiding by the guidelines.

“Some people are pushing boundaries but other are really struggling during lockdown, so it is nice to be there to help them,” she adds.