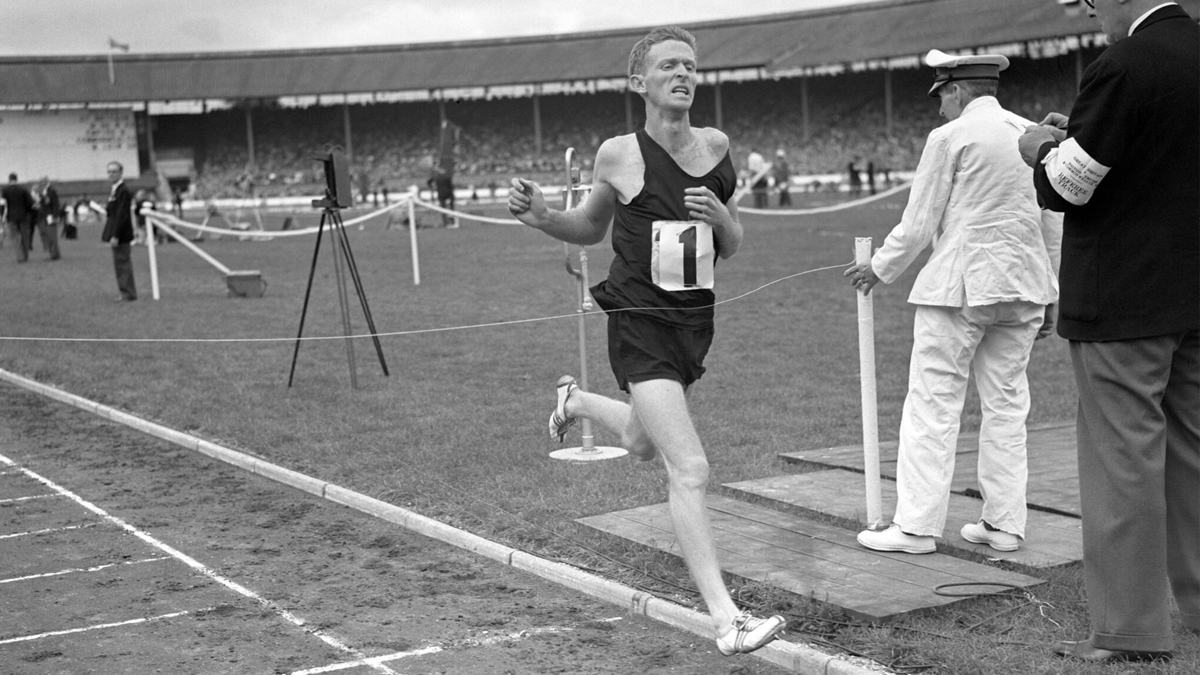 Sir Murray Halberg was an icon of the sport and claimed the Olympic 5000m title at the 1960 Rome Games. (Credit: Getty Images).

One of the most iconic names in New Zealand sport passed away on the evening of Wednesday November 30 at the age of 89. He is survived by his wife, Lady Phyllis and three children, Greta, Carl and Stefan, and his two grandchildren.

Sir Murray leaves a huge legacy after ushering in a golden age for the sport of athletics in New Zealand. For a decade he excelled as a world-class athlete on the international stage, memorably striking 5000m gold at the 1960 Rome Olympics. Away from the track he will also be remembered for his inspirational work in transforming the lives of children with a disability through sport as the founder of the Halberg Foundation.

Athletics NZ CE Pete Pfitzinger said: “Sir Murray was a fierce competitor who gave his all on the track and a true gentleman who served others throughout his life. He was a true champion in every respect and a great New Zealander.”

Born in Eketahuna but raised in Auckland, Sir Murray’s life would change forever after he sustained a serious shoulder injury on the rugby field which left Murray with a withered left arm.

Needing to avoid contact sports the member of the Owairaka Athletics Club started to take athletics more seriously and after he was introduced to Arthur Lydiard his athletics career began to flourish.

Under Lydiard’s guidance from the age of 18, he significantly stepped up his training and on a weekly training load of around 100 miles a week he quickly developed into one of the country’s finest athletes winning the 1953 senior men’s cross country title at the age of just 20.

The following year he snared the first of his five national mile titles and went on to place fifth in the mile at the 1954 British Empire and Commonwealth Games in Vancouver.

Sir Murray made his Olympic debut at the 1956 Melbourne Olympics, placing 11th in the 1500m final but it was only after making the decision to move up in distance when the Kiwi enjoyed his greatest successes.

Becoming the first Kiwi to ever run a sub-four-minute mile in 1958, later that year he secured the British Empire and Commonwealth Games three-mile title in Cardiff thanks to a long and sustained run over the final three laps. Two weeks later he set a world best four-mile time of 18:22.6 in Dublin.

By the time of the 1960 Rome Olympics, Sir Murray was a stronger more mature athlete and among the favourites for 5000m gold. Training relentlessly, he capped one of the finest hours in the history of New Zealand sport when he took 5000m gold an hour or so after his training partner, Sir Peter Snell, claimed the Olympic 800m title.

Adopting a bold attitude, he accelerated clear of the field with three laps to go and opened up a 20m advantage. Battling home, his face contorted on pain, he would not be caught, delivering a hugely celebrated gold medal in a time of 13:43.76.

Appointed as a Member of the Order of the British Empire, for services to athletics and the inaugural winner of the New Zealand Olympic Committee’s Lonsdale Cup in 1961 he set four world records including the two mile indoor record in Portland, Oregon of 8:34.4, the world outdoor two mile record in Jyvasklya, Finland of 8:30.0, a three-mile world record of 13:10.0 in Stockholm and also featured as part of a New Zealand quartet that lowered the world four x one mile relay world record to 16:23.8 in Dublin.

The following year he retained his three-mile title at the British Empire and Commonwealth Games in Perth courtesy of a devastating final lap of 53.8 to clock 13:34.2.

After competing at the 1964 Tokyo Olympics – where he placed seventh in the 10,000m and just missed out on a spot in the final of the 5000m by four tenths of a second – he retired from athletics.

Post his athletics career, it could be argued he has left a greater legacy through the foundation and development of the Halberg Foundation.

For the past 56 years the charitable organisation has enhanced the lives of many young people with a physical disability through sport and recreation. Among the foundation’s work is to host the annual Halberg Games for youngsters with a disability.

In 1988, he was knighted for services to sport and children with a disability and two years later he was inducted into the New Zealand Sports Hall of Fame. In 2008, Sir Murray was appointed to New Zealand’s highest non-titular honour, the Order of New Zealand. The following month he became only the fourth person to be awarded the Blake Medal (named after his countryman Sir Peter Blake) for his 50 years of service to athletics and his work with children with a disability.