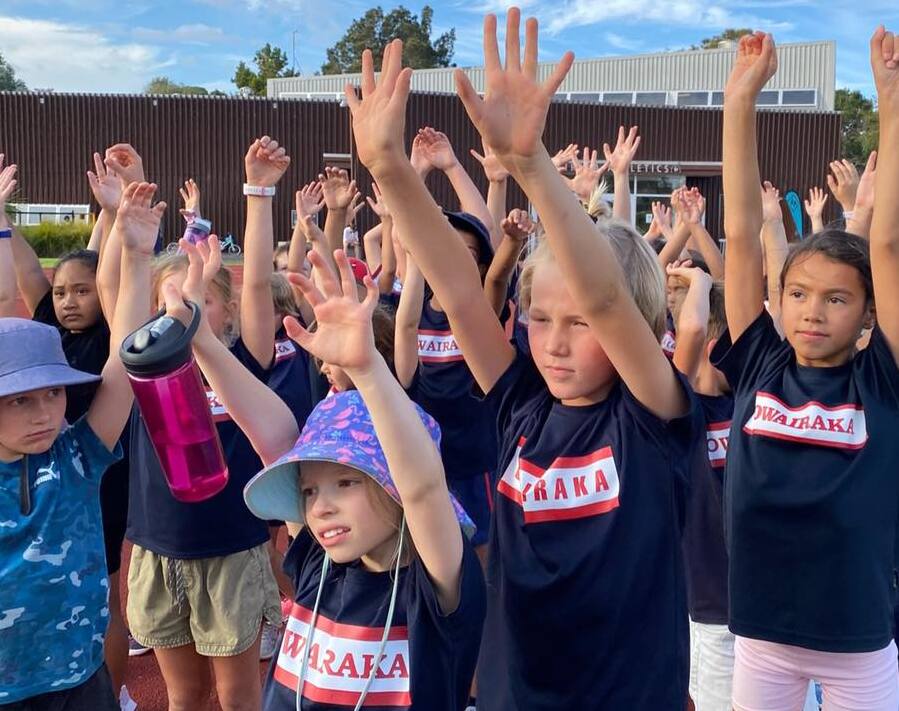 After going through four lockdowns, Aucklanders have collectively faced a far greater disruption to their athletics activities than members from any other region in New Zealand during the past year. We chat to a club member, a coach and an athlete to hear about how they have coped with the various pandemic-related challenges of the past year.

Creative, agile thinking and regular communication have helped the historic Owairaka Athletics keep on track during the challenging lockdowns experienced in the Auckland region.

And no matter what specific obstacles the club has had to overcome, regular communication has been critical, according to club committee member Nick Moore.

“Telling members what is happening has been very important,” explains Nick. “We feed them the Athletics NZ information via Facebook and our group on Strava, remind people of the rules of the various alert levels and how it impacts on them. And we always strive to get that info as fast as possible.”

The two lockdowns in 2020 took more of a toll on the club’s senior athletes, many of whom were targeting the Rotorua Marathon and other road events which were subsequently postponed or cancelled. While this was dispiriting for many runners, the club reacted positively and with creativity to help to soften the blow.

With restrictions around group gatherings at various alert levels, to ensure members could continue to train without too much disruption club coach Bazyl Piotrowski posted his training programme on a weekly basis for his athletes via Facebook and Strava.

Meanwhile, the club also reacted with agility to the lack of competition by staging several 10,000m time trials on Saturday evenings at the club track.

“It was during that transitional period when people were allowed to meet but only in small groups and there was no other racing going on so we put on time trials in staggered starts down at the track,” Nick says.

“It proved really successful. It was all self-timed, no lap-counters, no registration and it was free. We had about 20 people all down the track running 10,000m, some of whom had never run on the track before. It was so successful we are going to run it again this year. There is a real call for these more informal time trials and it was a great way to gain fitness ahead of the cross country season and road relays.”

The more recent lockdowns have disrupted the back end of the kids athletics summer season and the plan to stage club championships over three successive Wednesdays has been challenged because of the lockdown.

However, with Auckland currently operating at alert level two, the club refuses to concede defeat and has come up with an alternative plan.

“We’ve been putting in some creative thinking in order to manage club champs in a summer season disrupted by two snap Auckland lock downs. It will be quite cool and a bit different,” he adds. 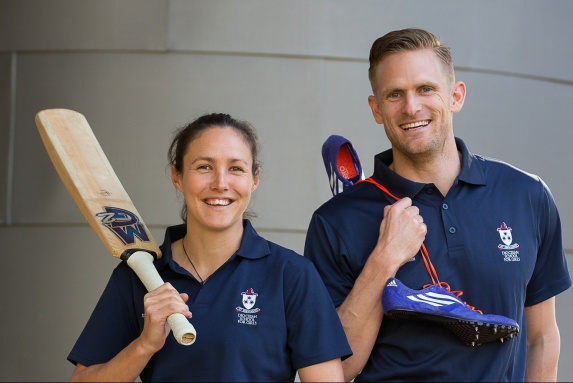 Positivity and calmness have been key characteristics Athletics NZ Lead Coach for sprints, relays and hurdles James Mortimer has chosen to transmit to his athletes during the multiple lockdowns faced by his Auckland-based training group.

While admitting that the lockdowns have been far from ideal, James nonetheless believes a level-headed approach to the varying challenges caused by the restrictions has been important.

The first – and so far lengthiest – of the lockdowns hit Auckland and the rest of the country in March-April last year and it impacted on his nine-strong training group, which includes New Zealand’s fastest woman Zoe Hobbs and national 400m hurdles record-holder Portia Bing, in different ways.

Some athletes in the group had already wrapped up their season following the conclusion of the 2020 Jennian Homes New Zealand Track and Field Championships in Christchurch while others planned to fly out to Australia for further competition.

The second lockdown following the August outbreak in Auckland hampered winter training while the major knock-on effect for the athletics community following the most recent snap lockdown was the postponement of the 2021 Jennian Homes New Zealand Track and Field Championships in Hastings by three weeks.

Yet, whatever the specific circumstances he and his group have faced during the global pandemic, James has consistently adopted a similar outlook.

“It is about staying positive and reinforcing the fact that we can’t change too much about the situation,” he explains.

“It is important to emphasise that when the time for competition arrives we have to be ready. It is not a time to panic or to go into a sulk. Overcoming challenges like this is good practice for anything in life. Who knows if we are going into another lockdown in future. The good news is that, the more times we have experienced this, we become more prepared and there are fewer unknowns.”

James insists during the 2020 lockdowns his athletes showed great independence in taking responsibility for their own training and, without access to a regular track or gym, they were prepared to improvise and innovate.

He was proud of the way they handled the various challenges and, while admitting the latest one-week alert level three lockdown in Auckland was ‘a pain in the bum’, he has remained consistent with the same philosophy, which has served him well throughout the pandemic.

“Everyone had been geared up for nationals but we just had to hit the pause button and adjust a few things in training to make sure the athletes continue to tick over,” he says.

“It has become a mental battle to cope with the ups and downs and try to pick yourself back up again. Yet for an athlete who competed at the Sir Graeme Douglas International (on 27 February) it might work in their favour to have had a little break from racing,” he adds.

“My job is to keep the athletes positive and stress that they are not going to lose much form at this late stage of the season. And that the next few weeks is a good opportunity to freshen up and refocus for nationals.” 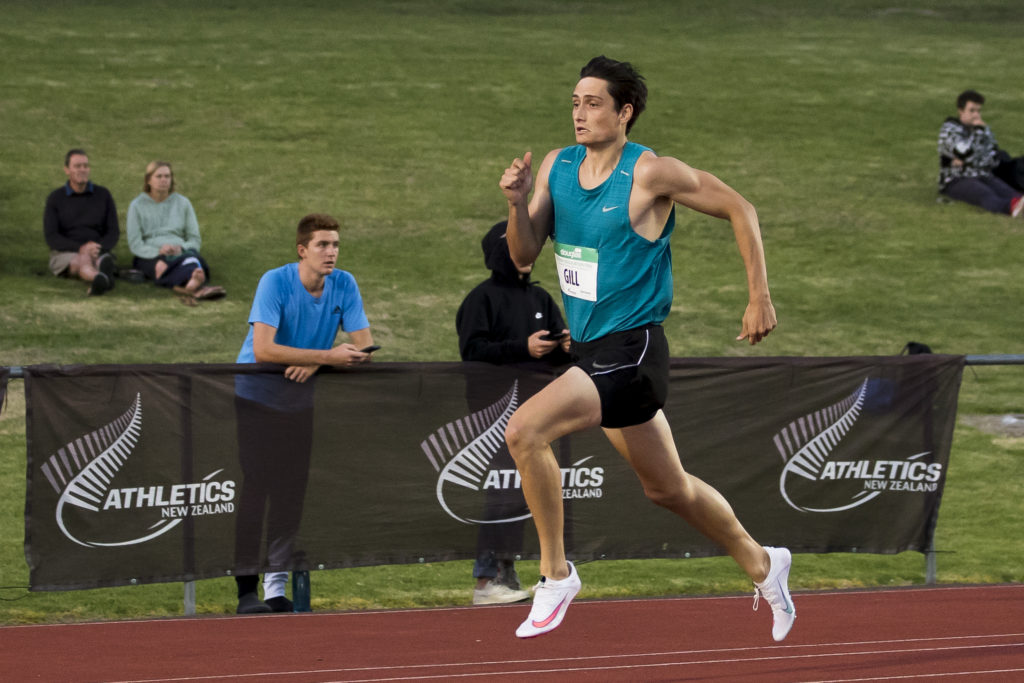 While facing four lockdowns at an alert level three or above in the last year has been far from ideal for the Auckland-based sprinter, it has been no barrier to success – as shown by his recent successful transition to the 400m.

Showing great resilience and adaptability over the past 12 months, Hamish only took up the 400m in February but has already rocketed to the top of the New Zealand rankings.

Back in March last year, shortly after winning 100m and 200m senior silver medals at the New Zealand Track and Field Champs in Christchurch, lockdown rapidly arrived denying him the chance to climax his summer season by competing in Australia.

Yet, after taking a short end-of-season break, Gill returned to training without access to either a gym or track, determined to make the most of whatever training he could implement.

“The biggest downside was not being able to access a track,” admits Hamish, who is based in the North Shore suburb of Devonport.

“But I live next to a golf course, so I was able to carry out some of my training on the grass. Without access to a gym, I instead adapted to what we had around the house, including my dad’s tools!”

The second lockdown in August was far from ideal but, given that he met his personal expectations when competing in the Summer Series in Hastings last September, this suggested he was not unduly impacted by the inconvenience.

And while disappointed that the recent one-week lockdown in Auckland and postponement of nationals denied him an immediate opportunity to shine in the marquee event of the year, he once again adopted a positive approach to the far-from-ideal circumstances.

With sprint work completed once again on the golf course and plyometric work in the back garden, Hamish can look back with pride on how he has coped with the demands of four lockdowns.

“I don’t want to dwell on any disadvantages, I look at the past year as a positive for building resilience,” he explains. “By overcoming some of the training deficits it has increased my motivation. It has taught me that no matter how bad you are feeling, you just need to get out there and get the training done.”