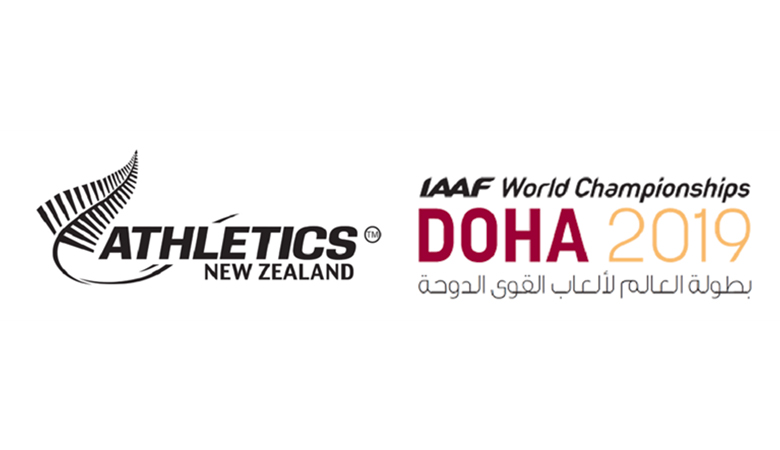 Athletics New Zealand today confirmed a team of 13 athletes for the 2019 IAAF World Championships in Doha, Qatar. The competition begins on Friday 27 September and runs until Sunday 6 October.

Most of the team are currently in Cyprus for a pre-competition camp, a strategic move to acclimatise athletes, particularly the endurance athletes (marathon and race walks) who will be competing in 30-35c and 60-70% humidity outside of the air-conditioned stadium in Doha.

Alana Barber and Quentin Rew will line-up in the race walks, and Malcom Hicks and Caden Shields will compete in the marathon. The marathon is due to start at midnight and the race walks at 11.30pm local time to combat the heat.

The competition will be the first IAAF World Championships for sprinters Zoe Hobbs and Eddie Osei-Nketia, who both secured NZ record breaking performances earlier this year and qualified by winning their respective 100m events at the Oceania Area Championships in June.

Also new to the event are 2018 World Junior (U20) shot put champion Maddison-Lee Wesche and high jumper Hamish Kerr, who equalled the New Zealand record and set a new PB at the Oceania Area Championships earlier this year when he cleared 2.30m.

Joining them in the field events will be Julia Ratcliffe in the women’s hammer throw, along with Jacko Gill and 2019 Diamond League Champion Tom Walsh in the men’s shot put. Camille Buscomb will compete in the 10,000m and Portia Bing in the 400m hurdles.

Based on the IAAF roll down system Nick Willis did not receive an invitation from the IAAF to compete so will not be joining the team.

The event will be broadcast on Sky Sport New Zealand.