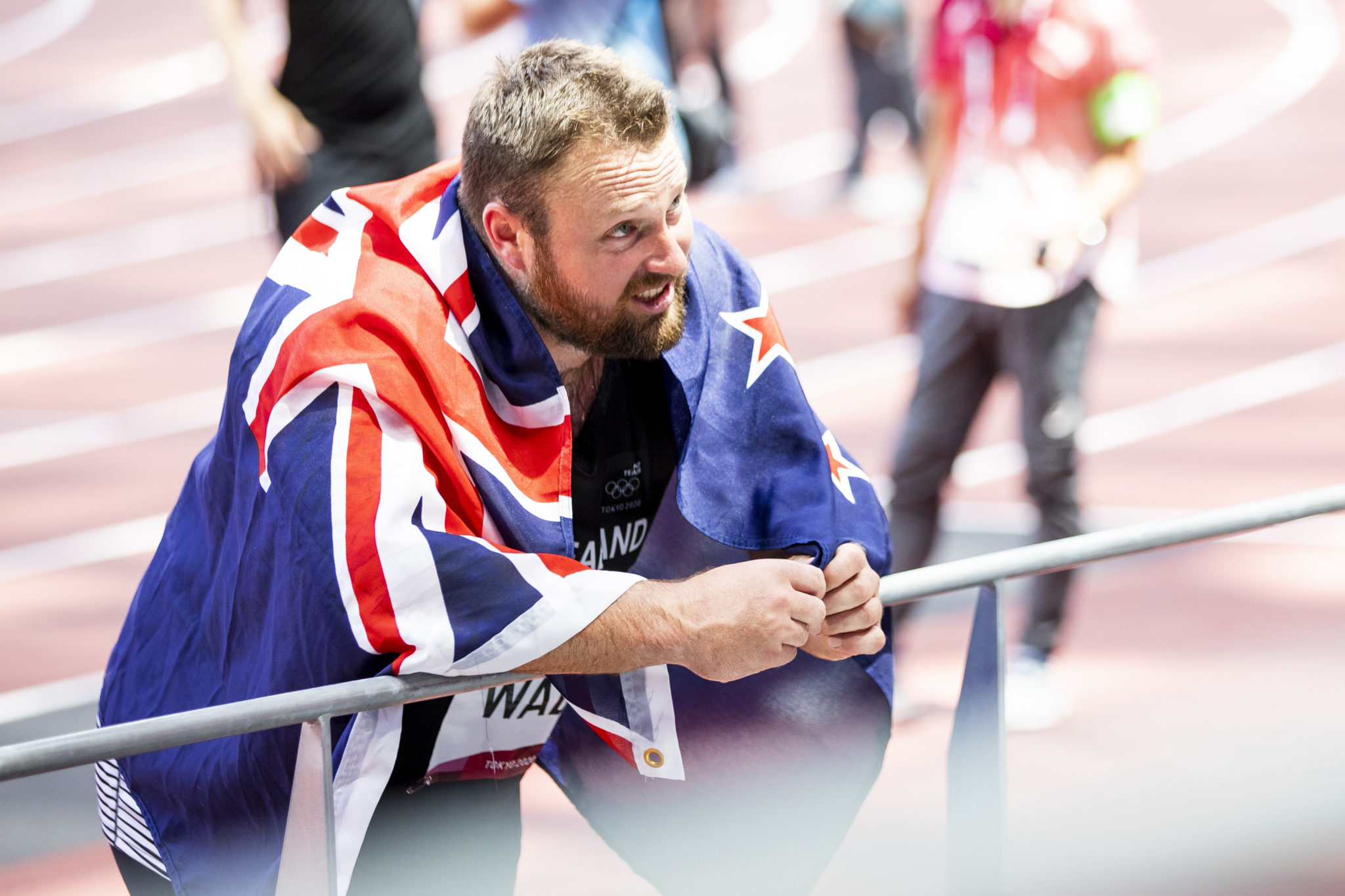 Tom Walsh has won his second Olympic bronze medal in the men’s shot put. History repeated itself, with all three medallists identical to where they finished in Rio and Jacko Gill again landing in 9th position.

After an unsettling first qualifying round, Tom put down a mark of 21.09m on his first throw, followed by 22.17m which moved him into the top three. That is where the 29-year-old from Timaru would remain for the competition, despite letting out a mighty roar and hurling himself across the circle on his final throw, a seasons best effort of 22.47m, it was not quite enough to move Tom up into the silver medal position. He finished behind Americans Ryan Crouser and Joe Kovacs.

By his own very high standards, the result was not what the 2016 Rio Olympic bronze medallist was after: “I definitely wanted a different colour medal, there’s no doubt about that, but I gave myself the best chance out there today to throw far, and almost got it. And that’s all I can ask for right, sometimes you just don’t quite put it together the way you’d like to, and you know that’s how good men’s shot put is right now, you’ve gotta nail it to win.

“Joe and Ryan keep pushing the game, between the three of us we’re always pushing each other because we know that if one of us has an off day, the other two or one of them will beat you. Ryan obviously throwing an Olympic record and then Joe throwing 22.65 too was a great throw. We’re all searching for that little bit and Ryan at the moment has got it, but that’s not to say we’re giving up.

“I know that when I line one up, and I will line one up at some point, it’s going to go a long way.”

Jacko came agonisingly close to qualifying for the final three throws, ending up just 2cm shy of eighth position. The 26-year-old was unable to recapture the form that saw him consistently send the shot put over 21m during the 2020-21 summer season, with Jacko saying the technique wasn’t quite there: “I think the technique wasn’t as good in the build-up as I would have liked, so it was a little bit off technically today. And it was pretty hot, I’ve come from New Zealand so probably didn’t have enough time to adjust to the heat, but mainly technique I think today.”

Jacko was in strong form heading to Tokyo, after throwing a personal best of 21.55m in late July, and while his consistency shone through with a no throw in the first round followed by consecutive 20.71m throws, it was unfortunately not enough: “It’s ok, I would have liked fifth or sixth to be honest, so would like to have finished a lot higher, but it’s good, it’s not too bad, it’s just ok.”

With another Olympics under his belt, there is plenty still to come for the Aucklander: “I’d love to get an Olympic medal, be at the Commonwealth Games next year, I’d love to win them and to beat Tom would be awesome, a New Zealand one two would be great so I’ll be going really hard for that. Just to enjoy the sport every day and do what I love is awesome, so I’ll just continue enjoying it.”