Bruce breaks through at Spring Series 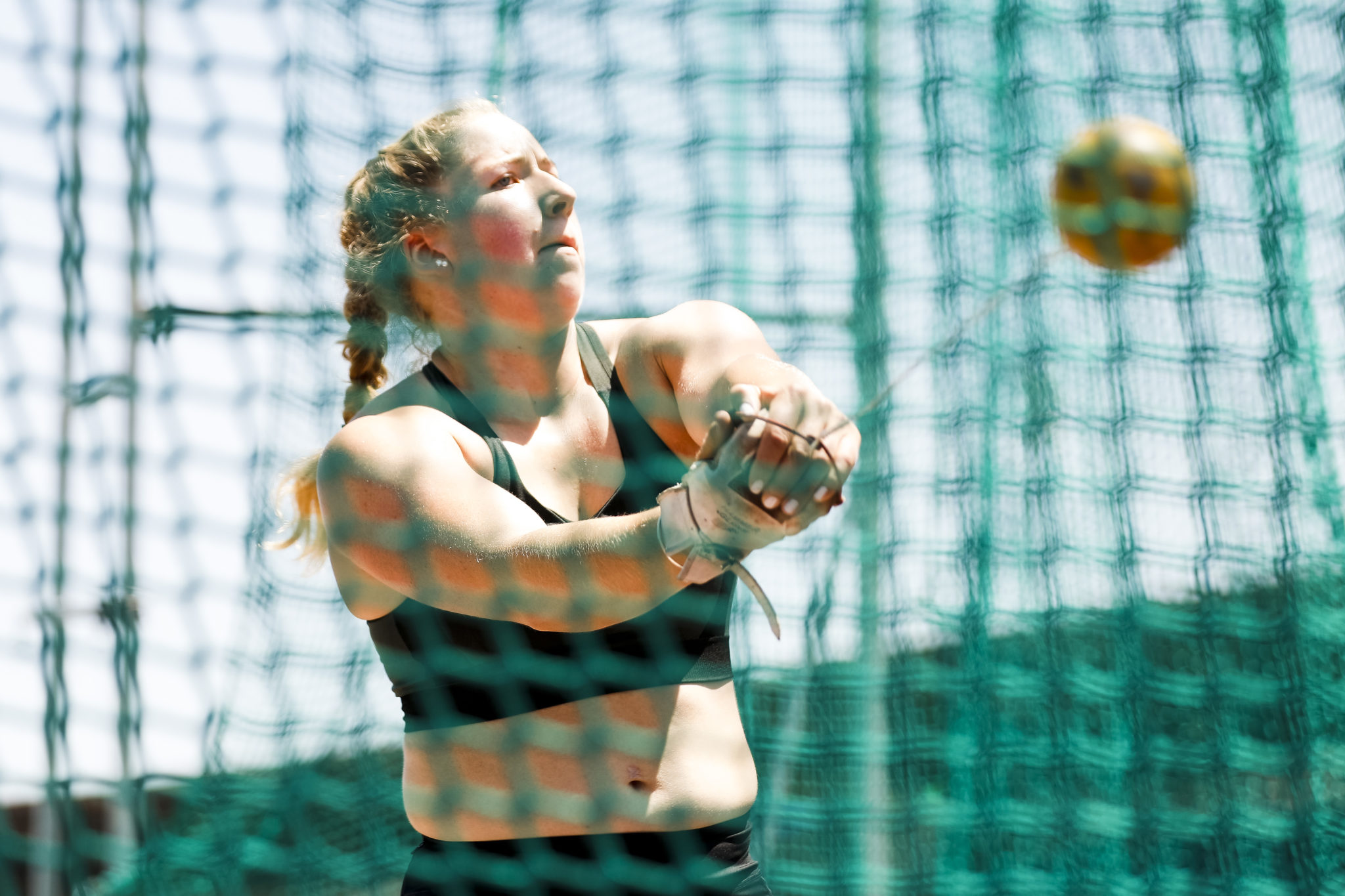 Lauren Bruce provided a stunning breakthrough performance in the women’s hammer to shatter the Oceania record (subject to ratification) at the concluding Athletics NZ Spring Series event in Hastings.

The 23-year-old Cantabrian produced the competition of her life at Mitre 10 Park to exceed her previous PB with five of her six throws – highlighted by an monster 73.47m in round five to surpass Julia Ratcliffe’s national and Oceania record of 72.35m set in Hamilton in February.

Coming into the meet with a PB of 68.14m, Bruce stamped her authority on the competition from her opening round effort, adding 5cm to her lifetime best.

However, that first round effort proved only the appetiser as, in round two, the left-hander hurdled the 4kg hammer out to 72.12m followed by a 67.93m with her third-round effort.

In the fourth stanza, the Timaru-raised athlete achieved a distance of 70.62m before her top-class 73.47m effort – a performance which elevated her to sixth on the 2020 world lists.

She then climaxed her brilliant series with a 71.58m throw in the sixth and final round.

Bruce, who is coached by Dale Stevenson, the man who also guides shot put ace Tom Walsh, advanced her PB by more than five metres in the space of one competition.

New Zealand currently boasts two athletes in the top ten in the 2020 world lists for the women’s hammer with Bruce sitting sixth and Commonwealth champion Ratcliffe in tenth.

“The target going into the Spring Series was the New Zealand record,” an elated Bruce said.

“For the past six months everything has been tracking really well, so to tick off the New Zealand record was great.

“I didn’t really attack my first throw so I knew after an easy 68m there was a lot more there. After a 72m throw in round two my heart was racing, so I had to calm down for my remaining throws.

“I was relieved to throw 73.47m. It has been a long time coming because I’ve known I’ve been capable of throwing those kind of distances for a few years now.”

Dame Valerie Adams edged a tight battle from the young pretender Maddison-Lee Wesche in the eagerly-anticipated Auckland showdown in the women’s shot.

Adams had led from the opening round, with her 17.90m effort in round four ultimately proving decisive for the two-time Olympic champion.

Maddison, the 2018 world U20 champion, challenged hard and went out to her best of 17.85m in round six but fell just 5cm shy to settle for second.

The 2019 world bronze medallist Tom Walsh claimed a third straight victory in the Spring Series with a best of 21.09m in the men’s shot.

The 28-year-old Cantabrian was a little short of his very best, registering only two valid throws from his six attempts. But it was nonetheless a useful past week of throwing, highlighted by a 21.62m effort at the second of the Spring Series meets on Thursday.

Connor Bell produced yet another highly accomplished display to win the men’s discus (1.75kg implement) with a mighty 65.63m effort in round two.

The 19-year-old Aucklander currently leads the world U20 lists courtesy of his 67.40m throw at the New Zealand Track and Field Championships in Christchurch in March and, although he could not quite match that display, his performance once again serves notice of his outstanding gifts.

Fresh off her world record-breaking performance in the F37 women’s shot at the first Spring Series meet, Lisa Adams impressed in the F37 discus.

The 29-year-old Waikato Bay of Plenty athlete put together a high-quality series of throws, highlighted by her world-leading and New Zealand record effort of 30.19m in round five.

Leading the way in the women’s discus was Aucklander Savannah Scheen, the 19-year-old impressing with a handy best throw of 51.96m – within a metre of her lifetime best.

Corran Hanning also caught the eye to set national U17 F12 records in the discus and javelin. The 16-year-old Wellington thrower powered the discus out to 39.67m and also fired the javelin out to a best of 31.78m.

Ben Langton-Burnell (Manawatu) triumphed in the senior men’s javelin with a best of 70.23m.