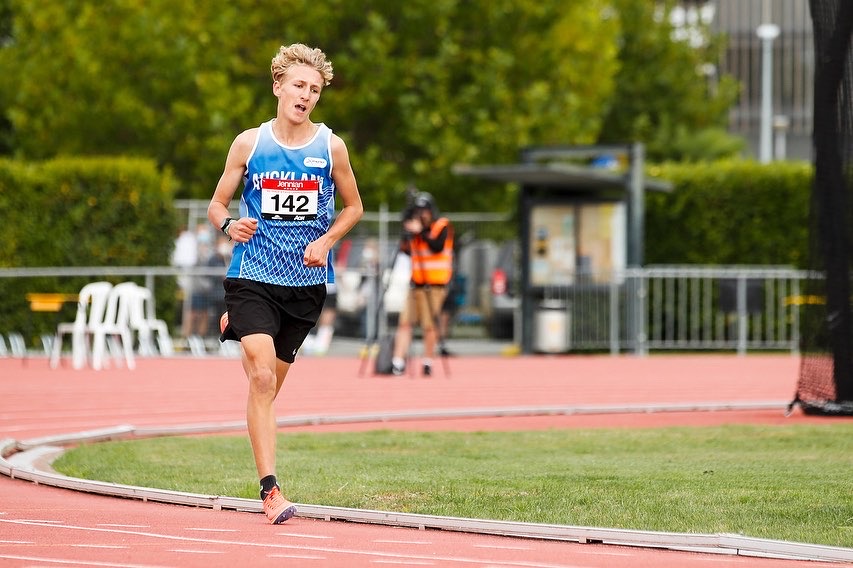 When defending senior boys’ champion Christian De Vaal lines up for his quest to claim back-to-back titles at the New Zealand Secondary Schools Cross Country Championships in Nelson on Saturday he fully acknowledges the pivotal role the event has played in his career.

It was watching his brother, David, finish sixth in the year nine race at the 2017 New Zealand Secondary Schools Cross Country Championships in Christchurch which acted as the spur for Christian to take cross country running more seriously.

One year later on his competitive debut at the iconic event, Christian returned as a competitor and was crowned Year 9 champion, but at the 2019 edition in Timaru he describes finishing seventh in the junior boys’ race as a rude awakening for the East Aucklander.

“It was a humbling experience,” he recalls. “I realised I was not as good as I thought I was, and I needed to do something else to improve.”

Following the cancellation of the 2020 event because of Covid he returned to claim an emphatic six-second win in Hawera, so there is little doubting the importance of the event.

“It is a very special race,” adds Christian, 17. “I remember as a year nine student watching Sam Tanner (Tokyo Olympian) win the senior boys’ race and others such as Liam Back and Murdoch McIntyre have been real inspirations. As a year nine student I really wanted to be like them.”

Since striking gold at the A & P Showgrounds in last year’s race, Christian has suffered the frustration of a lengthy lockdown and he was particularly upset following the cancellation of the 2021 New Zealand Secondary Schools Track, Field and Road Championships.

However, maintaining his fitness with a weekly average mileage of between 60-80km under the coaching of Nick Codyre he believes he is a far superior athlete to 12 months earlier.

“I had a pretty good track season and saw my speed improve quite a bit,” he explains. “I’ve always felt as if I’ve had good endurance, but now speed is catching up to my endurance.”

This manifested itself with a series of PB’s during the summer track season, as he took more than five seconds from his 1500m best, running a PB of 3:54.56 (achieved two days after recovering from Covid), hacking more than 10 seconds off his mile PB (4:16.51) and he also scalped ten seconds from his 3000m best, recording 8:18.93 when winning New Zealand U20 men’s 3000m bronze.

Two of Christian’s highlights of a memorable summer came when he was crowned national U18 3000m champion in Hastings and the other arrived at the Night of 5s when in only his second race over 5000m he took almost 11 seconds from his lifetime best to record 14:15.22.

“I was pretty satisfied with my summer track season,” he says. “When winning 3k gold and running 14:15, I was really excited and I certainly felt that runners’ high after both races.”

In his final year at Macleans College the Pakuranga AC athlete knows after winning the 2021 race he faces a lot more pressure at Saxton Field in Nelson.

He also acknowledges the size of his task facing a field including his training partner Ronan Codyre and others such as Daniel Sinclair of Whanganui Collegiate, Karsen Vesty (Havelock North High School), Josh Gill (Nelson College) and Cam Maunder (Westlake Boys).

“I’m up against some great guys and it will not be easy but obviously the goal is to win,” he explains. “Having won the senior boys’ title once is a dream come true. To be given the opportunity to go back-to-back is really special.”

***Tune into the Maori Active YouTube channel to follow the livestream of the junior races from 10.30am and the senior races from 1.10pm. (There will no coverage of the Year 9 races). The link is here.