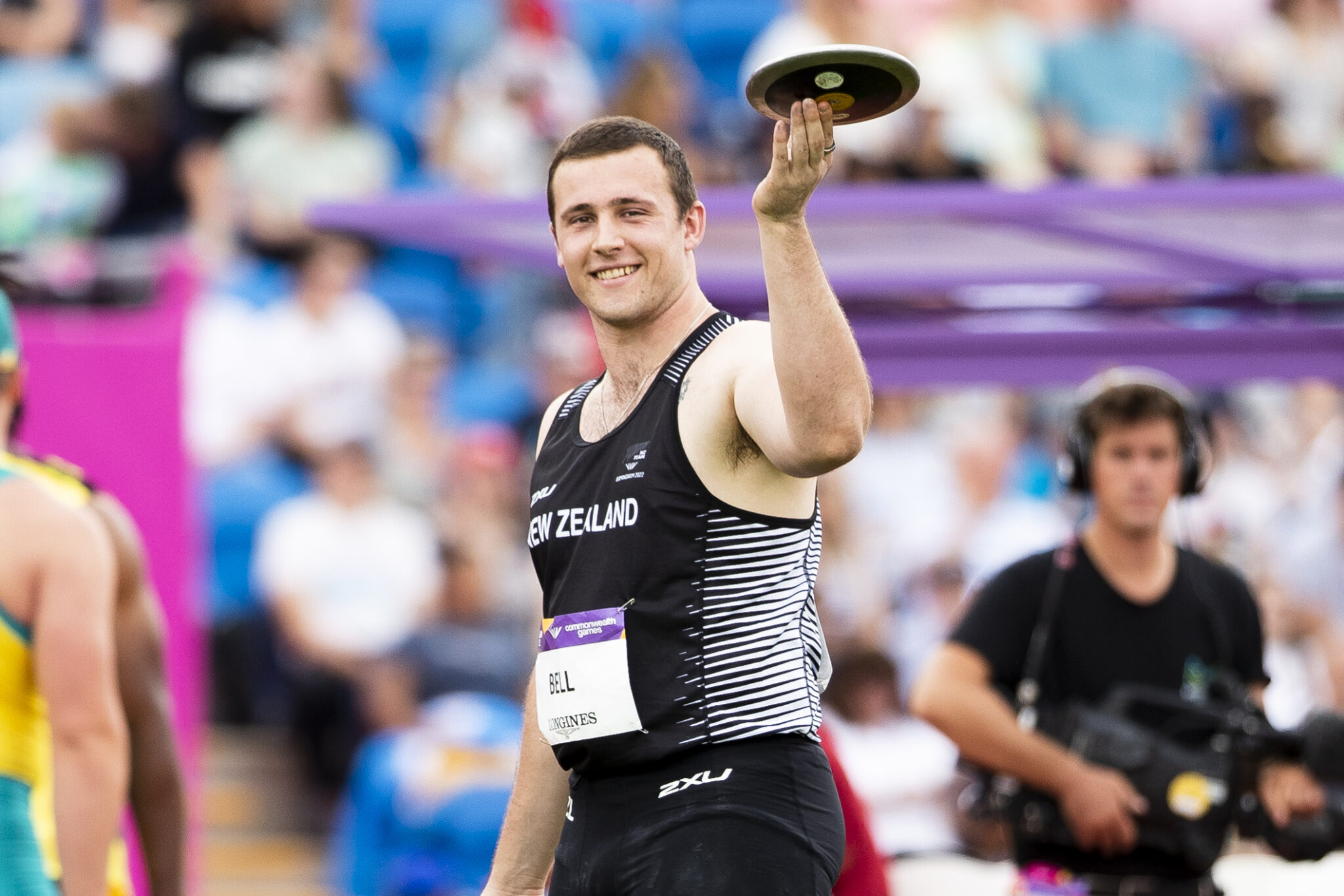 The 21-year-old Aucklander, who on New Year’s Day in Tauranga added 2cm to his PB with a 64.31m effort, has long harboured hopes of the record and tonight at Mitre 10 Park all the stars aligned as he produced a sensational display.

Connor opened with a 65.00m throw – just 3cm shy of his Winchester’s long-held mark set in California. He followed this up with a foul in round two before registering 60.82m with his third effort. In round four he started to find his range again with a 63.92m throw before producing a dazzling 66.14m hurl in round five with the 2kg discus to take the record. He climaxed the competition with a foul.

To put his performance in perspective, his New Zealand record-breaking throw of 66.14m would have earned him a silver medal at the Birmingham 2002 Commonwealth Games and seventh place at last year’s World Athletics Championships in Eugene, Oregon.

The automatic performance standard for the 2023 World Athletics Championships in Budapest in August is 67.00m.

On the competition tonight he added: “The wind was pretty good but not great and suddenly, boom, I threw 65m flat in round one. I was like wow, that’s insane, a PB to kick off. It is time to cruise and see what I can do, because at that point I was in a space to leave the competition and be happy.

“My second round throw was a foul after I clipped the top corner of the cage, and my third throw I got cage fright because of where the wind was blowing from. I was trying to get the discus to fly really close to the cage to get a good angle against the wind out into the sector but because my last throw hit the cage, I kind of bailed out.

“The next throw (in round four) was much better. I had a good flight and really let go of it well, but it didn’t catch any wind. I felt a bit flat coming into the circle in round five, but it came out nicely and it caught the wind really well. I’m super rapt to throw 66.14m.”

Connor struck gold at the 2018 Youth Olympic Games but in late-2021 he broke an ankle which impacted him throughout 2022. He was crowned national and Oceania champion last year but below his best at the Commonwealth Games he finished eighth with a best of 60.23m.

His mighty 66.14m hurl was also a New Zealand resident record and was not far short of the New Zealand allcomers record held by two-time former Olympic champion Virgilijus Alekna of Lithuania, which stands at 66.81m set in 1999.

Connor next competes on Saturday at the Potts Classic in Hastings.