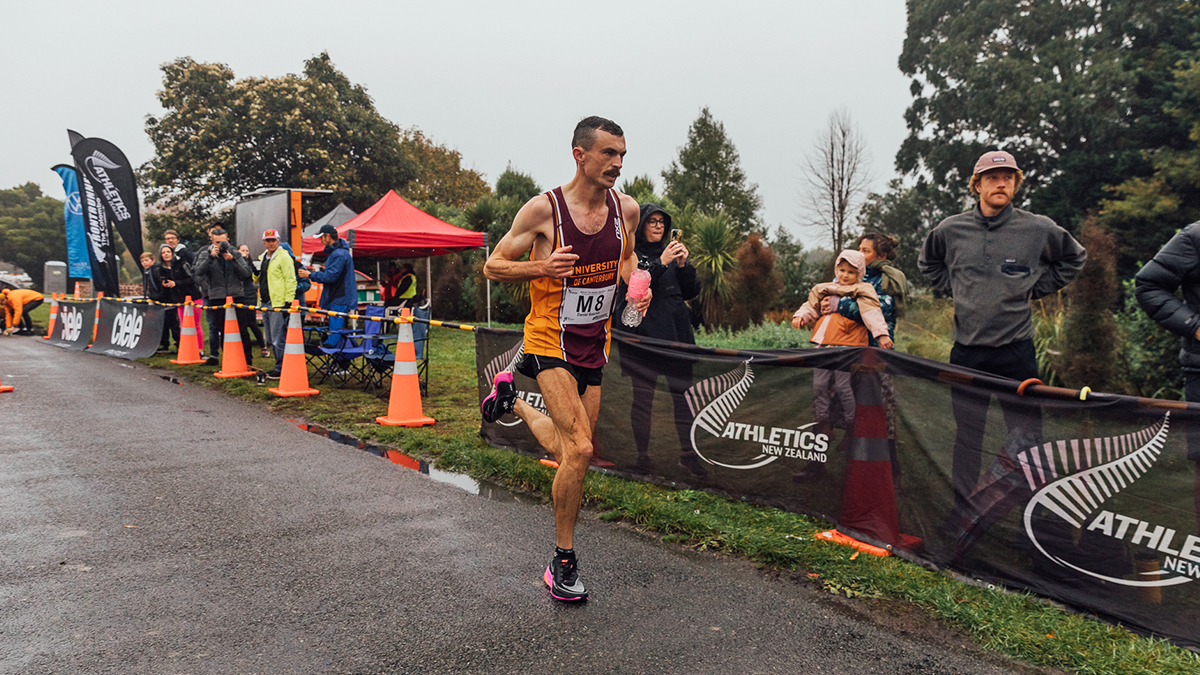 Dan Balchin hopes to translate some of the best form of his career into an elusive maiden New Zealand Cross Country senior men’s title at Spa Thermal Park in Taupo on Saturday.

The 31-year-old distance running stalwart has been a regular performer at national cross over the past decade or so and boasts a proud record having harvested three individual silver medals and one bronze medals at previous events.

However, after enjoying a fine season so far, highlighted by an outstanding 2:15:55 to win the national marathon title as part of the Reboot event on his 42.2km debut, he approaches the premier event of the New Zealand winter season in fine fettle.

“Over the last 12 months I have aimed for a couple of different events,” he explains. “Before Reboot I had not previously done a marathon and I also did a mountain race called the Luxmore Grunt in January (which Dan won). Both were a new challenge and kept the training interesting. Through the training blocks I’ve locked in consistent training with minimal setbacks and am feeling a lot stronger than I’ve ever been. I’ve come to close to winning the title in the past but never quite won it, so if I’m fit and able I’ll come back and give it another go.”

A civil engineer based in Central Otago, Dan has competed in all except one New Zealand Cross Country Championships since making his senior men’s debut in 2011.

Claiming his first individual podium with bronze in 2014 he has since snared silver medals in 2016, 2017 and 2019 and last year placed seventh.

His favourite memory, however, came in 2011, when featuring as part of the triumphant Otago team which brought home the team prize for the first time in more than 50 years – and the event has always retained its mystic for Dan.

“What I like about national cross is it is a true test of strength,” he says. “I like the competition and testing my fitness out against the best runners in the country.”

Coached by Matt Ingram, Dan carries out most of his average weekly mileage of 130km on his own but believes his varied background of training and racing for a marathon and mountain race has stood him good stead.

After taking a short break following his victory at the Reboot Marathon he had returned to training and claimed a confidence-boosting victory at the Canterbury Cross Country Championships – where he defeated 2:13 marathon runner Caden Shields by two seconds.

Hailing from the South Island – unlike many of the North Islanders who are familiar with Spa Thermal Park – it will be Dan’s first outing at the iconic Taupo venue. But having run well last year at Chisholm Links Golf Course – a venue not dissimilar in terrain – he will certainly not be fazed by the challenge on Saturday.

So what does he hope to achieve?

“I’m under no illusions that getting the win will not be easy,” adds the University of Canterbury AC athlete.

“There are many other athletes around the country in good form, which is great to see. I’m just hoping to be in the conversation on Saturday, but I know I will need to have a very good day to stand a chance.”