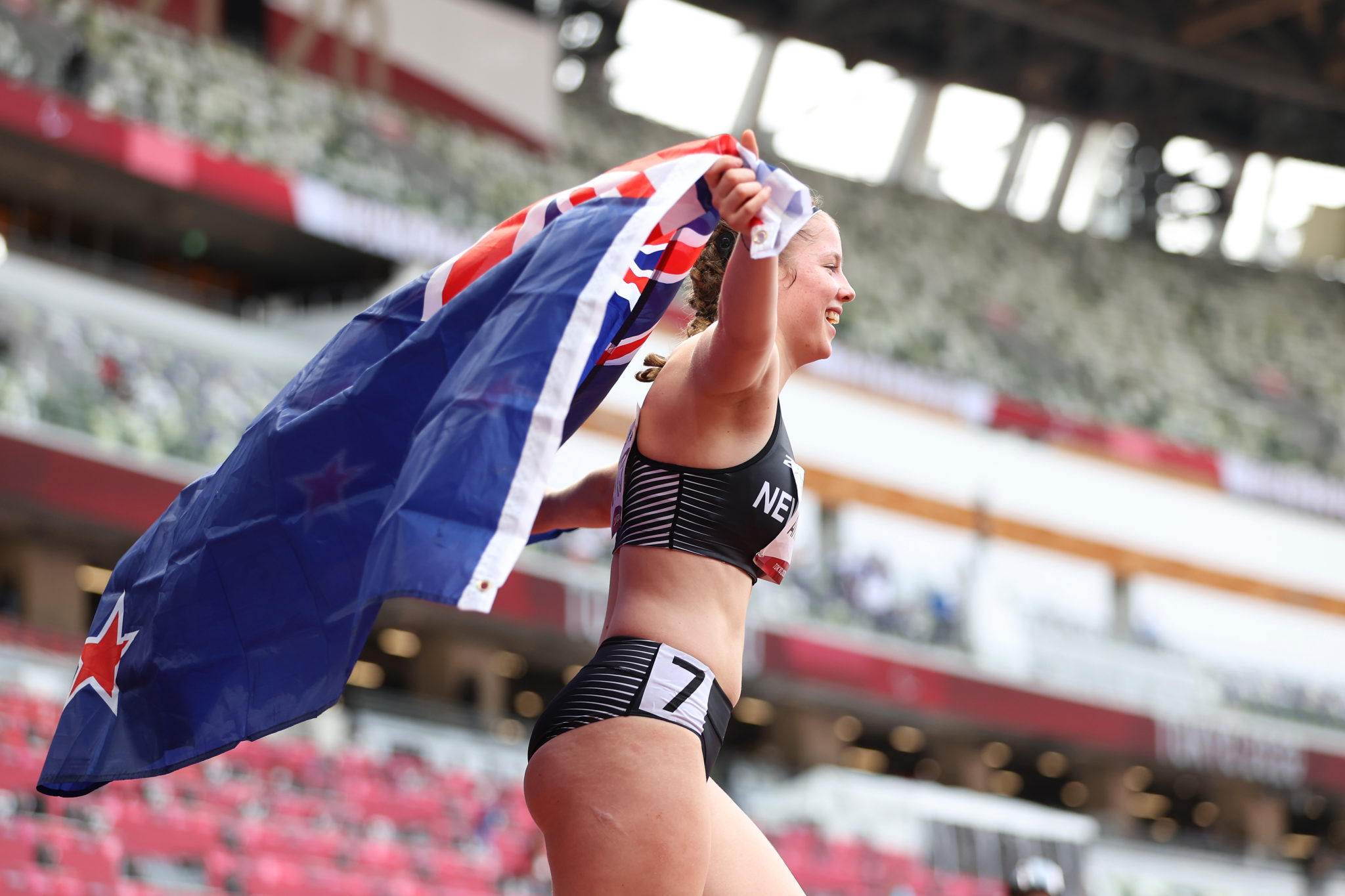 Matching her display at the 2019 World Para Athletics Championships – when she also won silver over the half-lap distance – the 20-year-old Hamilton-based sprinter produced a composed performance in the biggest competition of her life to power to a podium spot in 29.88.

Victory was secured by world champion Shi Yiting of China, who mounted a successful defence of her Paralympic title by equalling her world record of 28.21.

The long-striding Kiwi enjoyed a blistering bend and entered the home straight in second before extending her advantage in the battle for silver with a powerful final 100m.

An elated Danielle, who is competing at her first Paralympic Games, said: “I feel so happy to be here and to get the reward of a silver medal, makes all the hard work and sacrifices I’ve put in worth it.

“I’m so happy with how I ran. It felt so fast and free and to get a silver medal is the icing on the cake. I’d just like to say a huge thank you to all my supporters, my family and my mum because they couldn’t be here because of Covid.”

Danielle took up disability athletics after competing at the 2017 Halberg Disability Games and the Patetonga-raised athlete has proved a quick learner under the coaching guidance of Alan McDonald.

Danielle makes her eagerly awaited return to competitive action in the heats of the women’s 100m T36 on Wednesday from 2.15pm.

The sole Kiwi in action inside the National Stadium on Monday will be Christchurch-based Will Stedman, who lines up in the men’s long jump T36 at 10.14pm.