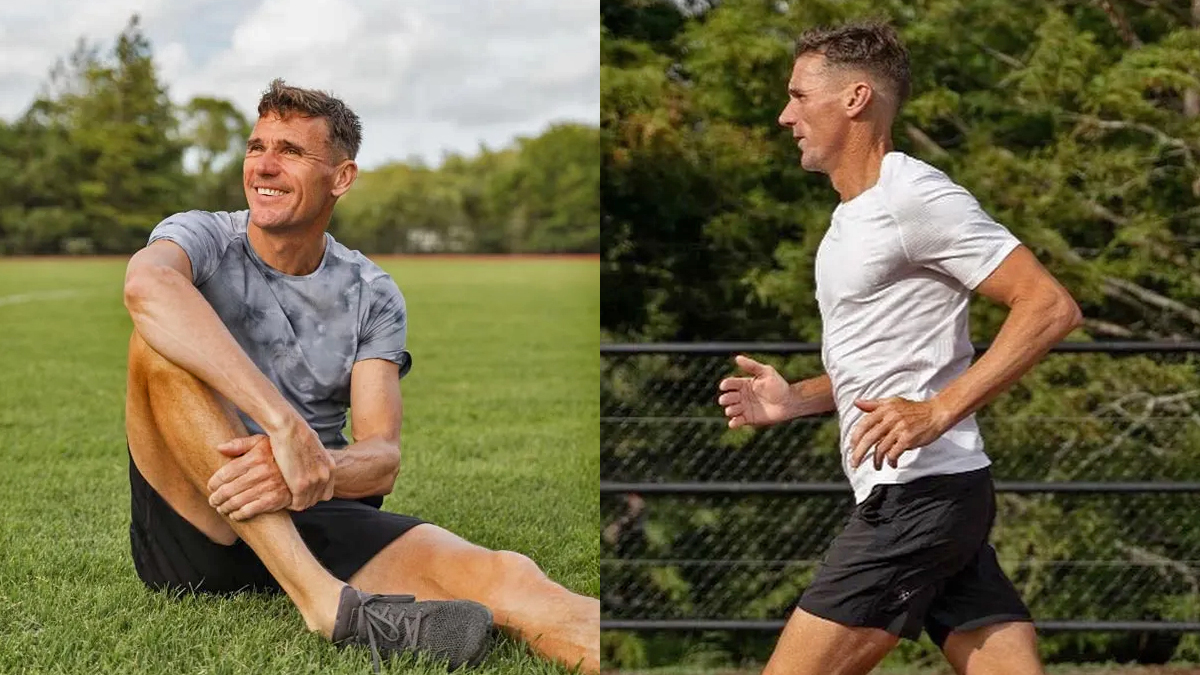 New Zealand Celebrity runner Dom Harvey has run marathons in every city from Tokyo to New York and London to Berlin but next month makes his eagerly-anticipated Rotorua Marathon debut on Saturday 17 September (Photo: Don Harvey)

As one of New Zealand’s most high profile celebrity runners and a self-confessed “running nerd” Dom Harvey has embraced his fair share of athletic challenges.

A six-time Major Marathon finisher boasting an impressive sub-three-hour PB for the 42.2km distance the former host of The Edge breakfast show as experienced a rich and diverse array of running experiences.

However, for the first time on Saturday 17 September, Dom will be tasting the unique challenge of running a ‘Lap of the Lake’ as he takes to the start line in the iconic Rotorua Marathon.

“I grew up in Palmerston North and my mum (Sue Harvey) was a regular competitor in what was then known as the Fletcher Rotorua Marathon when I was younger. It was New Zealand’s marquee marathon event, so given my mum used to race it I feel a bit ashamed that after running for more than 15 years I’m finally running for first Rotorua Marathon.

“I can’t ignore the history of running in one of New Zealand’s longest running marathons. Plus, I like the luge so I can go on that afterwards!” he quips.

A modest schoolboy runner from of the age of 17 he moved into radio and developed into one of New Zealand’s most prominent broadcasters. However, as his career started to soar he embraced an unhealthy lifestyle.

Weighing between 110-115kg running served a dual purpose – it led not only to a gradual weight loss and it also allowed him to feel mentally much better.

Living in Hamilton at the time he regularly ran around Hamilton Lake and became hooked.

“I started to love running and how good it made me feel,” adds Dom, who today weighs around 85kg.

He entered and completed the Whanganui Marathon in just under four hours but just as the running bug started to bite he received a huge shock when collapsing at the 2005 Auckland Marathon.

It was only after going to hospital it was discovered he had a benign tumour embedded in his abdomen. Dom underwent successful surgery and made a full recovery but he added of the experience: “Doctors said I was lucky not to have a stroke or a heart attack because of the stress on the body.”

Post the Auckland Marathon he returned to running with a fresh impetus. Over time he took on a coach. He trained up to 100km a week and he ticked off all Six Marathons Majors (London, Berlin, Chicago, Boston, New York and Tokyo) improving from a 3:15 marathoner to running his first sub-three marathon – a super-impressive 2:57 at the 2018 Tokyo Marathon.

Such is his passion for running, Dom has written a book entitled Running – A Love Story and since quitting his long-standing on The Edge radio station last year he has since set up a podcast for people who identify as runners – which have included interviews with the likes of legendary athletics coach and administrator Arch Jelley – who recently celebrated his 100th birthday – and 1960 Olympic marathon bronze medallist Barry Magee.

“Since finishing up in my role with The Edge it has given me a lot of creative freedom and time to focus on things I’m passionate about. I have a huge passion for running and the podcast gives me that platform.”

Easing back into training after a recent leg injury, Dom is slowly building up his preparation for his maiden assault on the iconic Rotorua Marathon.

Racking up the miles along the Auckland Waterfront and through the Waitakere Ranges he has, however, realistic aspirations for what he wants to achieve on September 17.

“I’m hoping to enjoy myself and meet some good characters,” explains Dom, 49. “The last marathon I ran was a sub-three-hours in Tokyo and it took a lot of work to reach that point. This one is going to be considerably slower but I’m sure a lot more enjoyable. I want to just soak up the atmosphere, enjoy the crowd and my fellow runners.”

In the future he has set himself the goal of one day running the iconic 90km Comrades Marathon in South Africa. Yet whatever happens in the years to come he acknowledges running will be a central part of his life.

“Running had given me physical health but also mental health and wellbeing,” he explains. “I preach the benefits of running to whoever will listen. Once anyone starts running it will give you more benefits than you can imagine.”

The 2022 Rotorua Marathon takes place on Saturday 17 September. The race offers an option to run a full marathon, half marathon, 10km or 5.5km event. To enter and find out more go to rotoruamarathon.