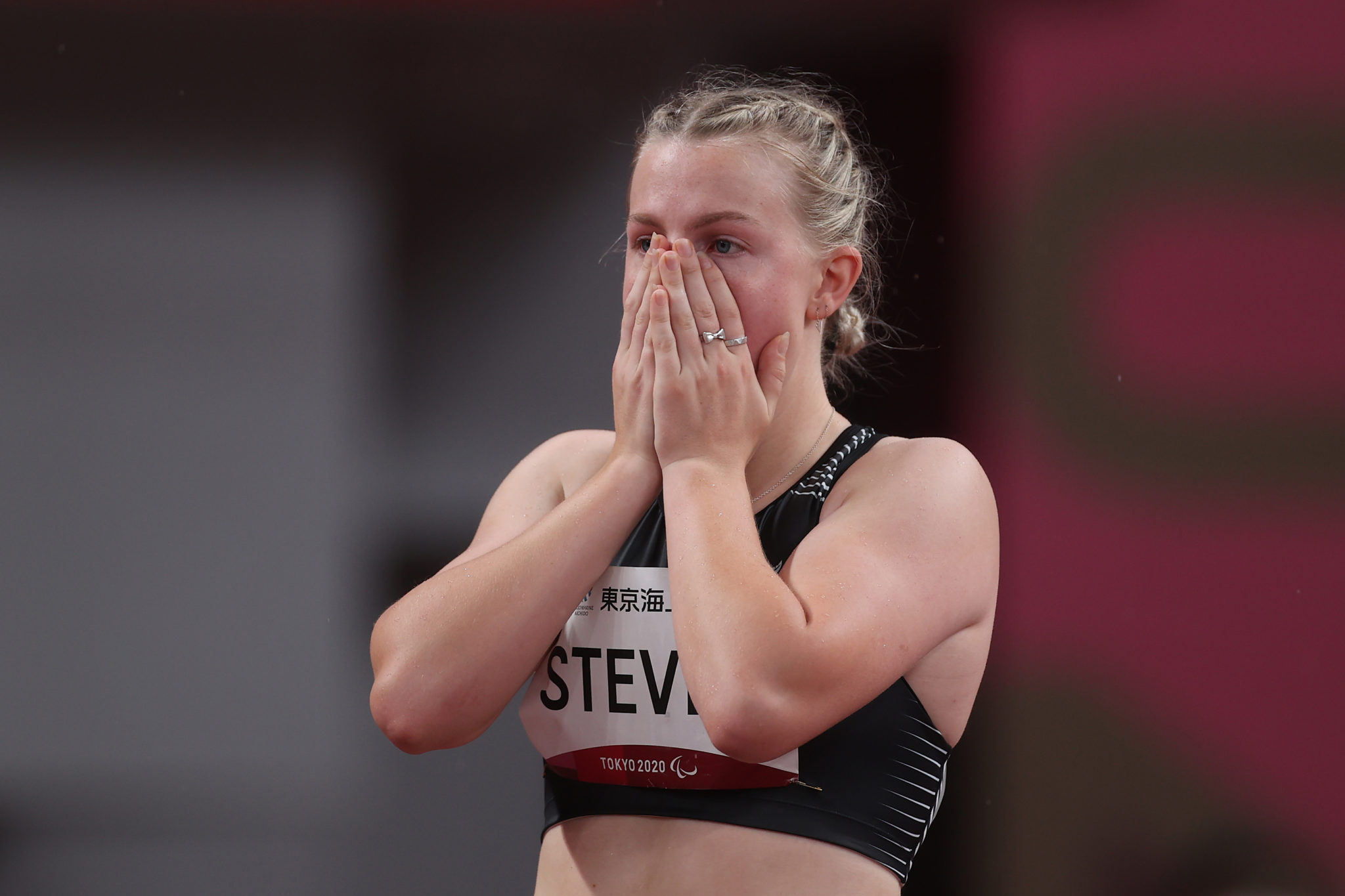 TOKYO, JAPAN - SEPTEMBER 02: Anna Steven of Team New Zealand reacts after receiving a disqualification on a false start in the Women’s 100m - T64 heats on day 9 of the Tokyo 2020 Paralympic Games at Olympic Stadium on September 02, 2021 in Tokyo, Japan. (Photo by Alex Pantling/Getty Images)

Anna Steven knew immediately that she had false started in the 100m heats (Photo: Getty Images)

Kiwi Anna Steven suffered a heart-breaking conclusion to her debut Paralympic Games after she was disqualified from the heats of the women’s 100m T64 for committing a false start.

The 21-year-old Aucklander – who opts for a standing start – marginally jumped the gun and immediately knew her fate as her hands covered her mouth in shock.

It brought an abrupt end to her 100m ambitions on a rain-sodden evening inside the Tokyo Stadium, but the North Harbour Bays athlete, who is coached by Hamish Meacheam, can take enormous pride in her efforts in Tokyo.

Anna said of her false start: “I’m devastated. I’ve been practising my starts quite a lot, especially the stability aspect and unfortunately it just didn’t come together.”

Nonetheless, her overall Tokyo 2020 experience was memorable. “I’m going to take away so much. It is a big milestone in my career so far. I’m really stoked with how I did in the 200m, so I’m trying to take out the positives.”

New Zealand is set for one of its biggest days of action inside the Tokyo Stadium on Friday as a couple of heavyweight performers enter the fray. Dunedin’s Anna Grimaldi will hope to mount a successful defence of her Paralympic women’s long jump T47 title at 12.35pm. Anna has enjoyed an outstanding year – and leads the world rankings courtesy of her national record of 5.91m set in February.

Also in action is Holly Robinson, who leads the world rankings with a best of 44.26m in the women’s javelin F46. The 26-year-old Dunedin-based and Hokitika-raised athlete won the 2016 Paralympic silver medal and will be seeking an upgrade on Friday from 10.28pm.