Field event base proves a hit 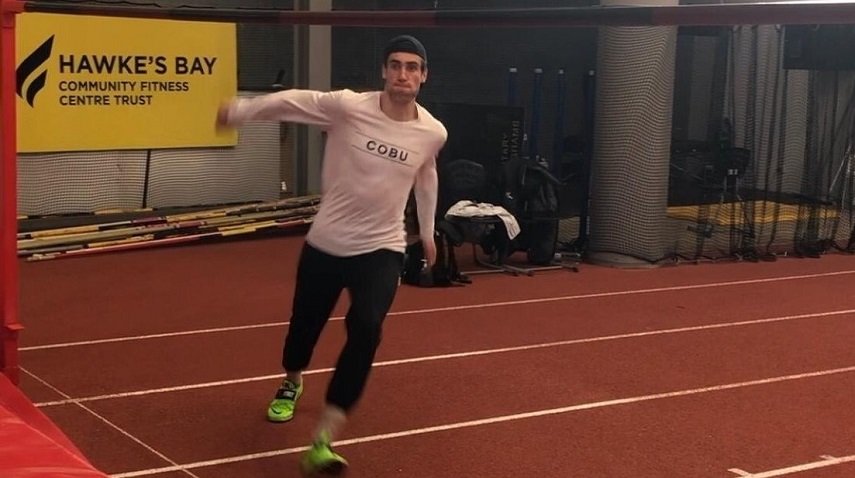 There is little doubt Athletics NZ has shown both agile and intelligent-thinking to help cope with the previously unimaginable set of circumstances a global pandemic has created. The fact the organisation rapidly responded from a communication stand point by organising regular Zoom meetings with the 11 regions was one such example. Meanwhile, the decision to quickly set up a virtual running series to offer runners a competitive outlet was also roundly praised.

However, with no major overseas competition on the horizon and with borders, closed Athletics NZ were also forced to provide some solutions for its high performance athletes.

“The training base was organised to break up what would have been a very long year without competition for our top guys,” explains Acting High-Performance Director Scott Newman.

“Many of the athletes would typically be offshore competing during the European summer or at least in a summer training environment. However, because of Covid and the inability to travel, the training base is an opportunity to change up the environment and get the athletes into a performance setting with other high-performance athletes.”

With athletes and coaches training as independents, Scott was keen to emphasise that the correct terminology should be training “base” rather than training camp – although key service providers such as psychologists, strength and conditioning coaches and bio-mechanists were also present.

Offering a mild winter climate plus outstanding facilities at Mitre 10 Park in Hastings, which boasts an outdoor track, indoor facility and a gym, the location ticked all the boxes as an outstanding regional training environment.

For Eliza, who after a challenging 2019 season caused by an ongoing Achilles tendon issue is now injury-free and vaulting once again, she believes Hastings offers an ideal training base.

“The sports hall gives us the chance to vault indoors and with the gym there too, in many ways it is like a smaller version of the AUT Millennium (Eliza’s regular training base in the North Shore). It is really great for us.”

For high jumper, Hamish Kerr, who typically trains in Christchurch, being based in Hastings for three weeks gave him a welcome opportunity to take a three-week break from the harsher South Island winter.

Kerr, who spent six weeks of lockdown in the family home in Auckland, says: “While for the most part the weather has been overcast it is much better to train in temperatures of 15-17c most days rather than 3c in Christchurch. I’m definitely happy with that!”

For both athletes, training in Hawke’s Bay has also given them an opportunity to be part of both a team and high-performance environment.

Following the uncertainty of life under lockdown being able to come together in a different part of the country has been hugely motivating.

“I know athletics is an individual sport but it often does not feel that way,” explains Eliza. “I acknowledge as an athlete you have to perform to your best on the day as an individual but I train as part of a training group, so I always have that sense of being involved in a team sport. To be given the chance to come together as a wider team, despite not being able to currently compete in overseas events, has been great. I’ve enjoyed hanging out with other athletes for a longer period of time than I would during a typical competition season. It is fun.”

Hamish echoes Eliza’s view that the opportunity to come together for a much longer period than they typically would on the athletics circuit has been a bonus.

“The fact that we have been able to come out of our natural environment to Hawke’s Bay has been really motivating,” explains Hamish, who matched the New Zealand men’s high jump record with a 2.30m clearance in 2019.

“It has been awesome to pick each other’s brains. Just to watch other athletes winter training is not something I would usually do. This has created a lot of conversations with different coaches about how this can be applied to different events.

“Talking to the likes of Val has been motivating. Just watching the way she approaches her programme has been cool. I also hadn’t previously spent a lot of time with the pole vaulters but watching them firsthand has given me a real appreciation for not only how technical their event is, but also how physically demanding pole vault is.”

Eliza believes the conversations between the coaches and the other service providers will have proven hugely fruitful, while from an observational standpoint, training in Hastings has provided a welcome boost.

“It is good fun to see what other athletes are doing,” adds Eliza, the fifth highest female vaulter of all time (combining indoor and outdoor marks). “Athletics is so diverse. It is always very interesting to watch the throwers in the gym because they are so incredibly strong.

“It was great to have been given the chance to come together outside of a major event as a wider athletics team.”