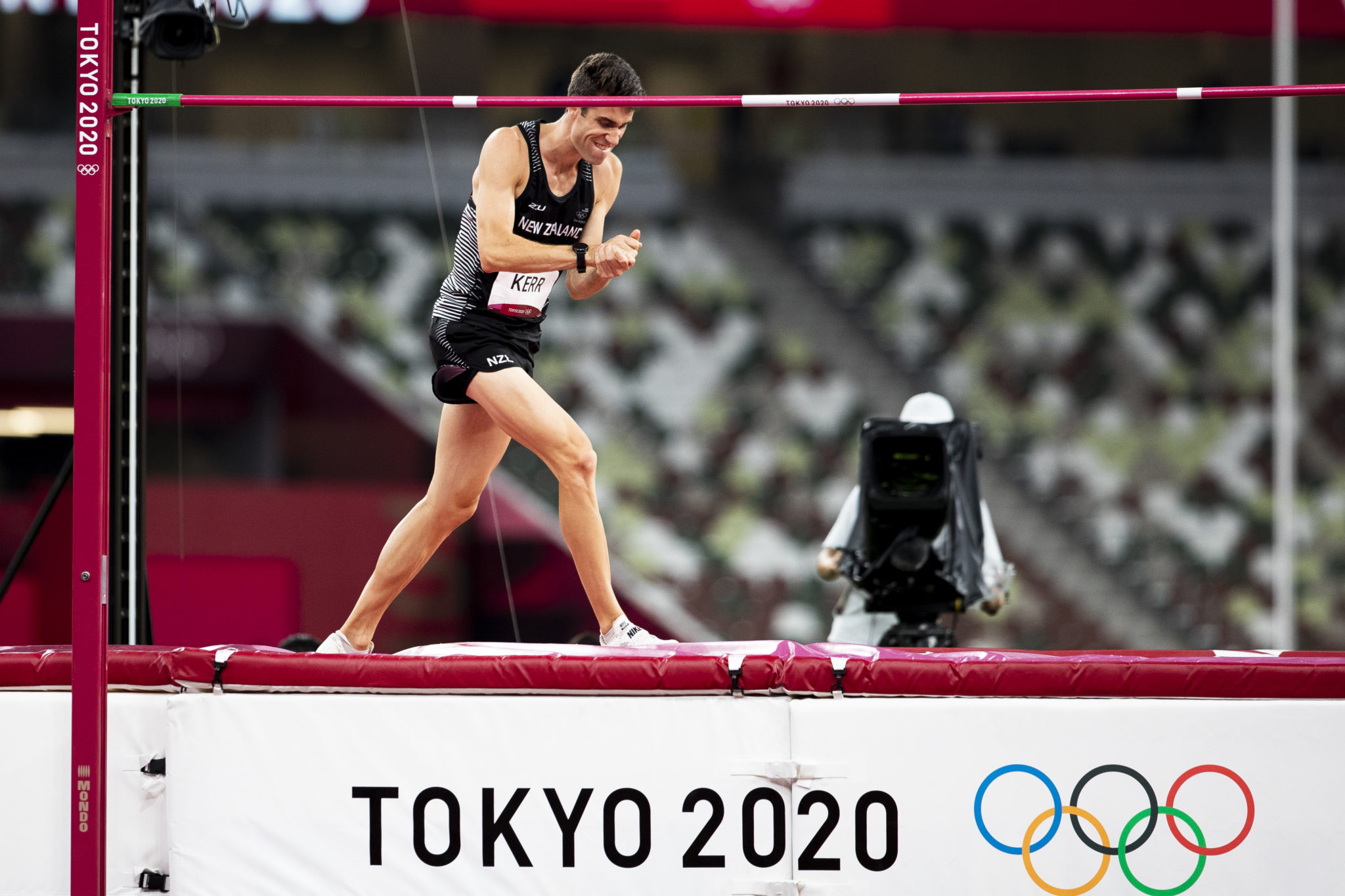 The Christchurch Old Boys United member looked comfortable clearing the first two heights of 2.17m and 2.24m. At 2.27m the New Zealand record holder miss-stepped on his first two attempts not quite getting his take off and took the bar with him. But as the pressure built Hamish delivered, and cleared the bar on his third jump.

The third round clearances continued as the bar moved up to 2.30m, just 1cm shy of his current personal best. After clipping his heels on his first two attempts, Hamish re-grouped and flew over the bar, securing a place in the top 10. The next height of 2.33m would have been a new personal best for the flying Kiwi, but three failed clearances marked the end of his Olympic debut.

The 24-year-old was in awe of his Olympic moment: “It was pretty crazy. Never in a million years did I think I would be making the Olympic final in high jump. I think, just based on the last few years we have been doing some awesome stuff, making great progress, but still to be out there with the best guys in the world, I think it was just surreal.”

“My performance has always been there, it’s just my execution that has let me down in the past. I was going in knowing I was good for some good heights and I think there was definitely more in the tank, but to be able to execute and jump 2.30 like I did today, that’s one centimetre off my pb and national record, so you can’t complain with that.”

“We’re coming off an amazing year and we’ve got three huge ones coming up. So for us Commonwealth Games is huge, we’ve got World Champs next year, we’ve got World Indoors, there’s a lot of awesome stuff coming up and I think that I’m just starting to find some form just when it matters.”

Hamish said that being in Tokyo made him so proud to be a Kiwi and appreciate the sacrifices made over the past 18 months. “You come to something like this and you see the struggles other nations have had and the training breaks that those athletes have had to take, we’re in such an amazing position and I think my support team themselves, I couldn’t do it without them. They have pretty much taken an event where no one really knew anything about and we’ve kind of just made it work, you know, we’ve all been open, we’ve questioned and we’ve explored different areas and I think there is a lot more awesome work to be done in the future.”