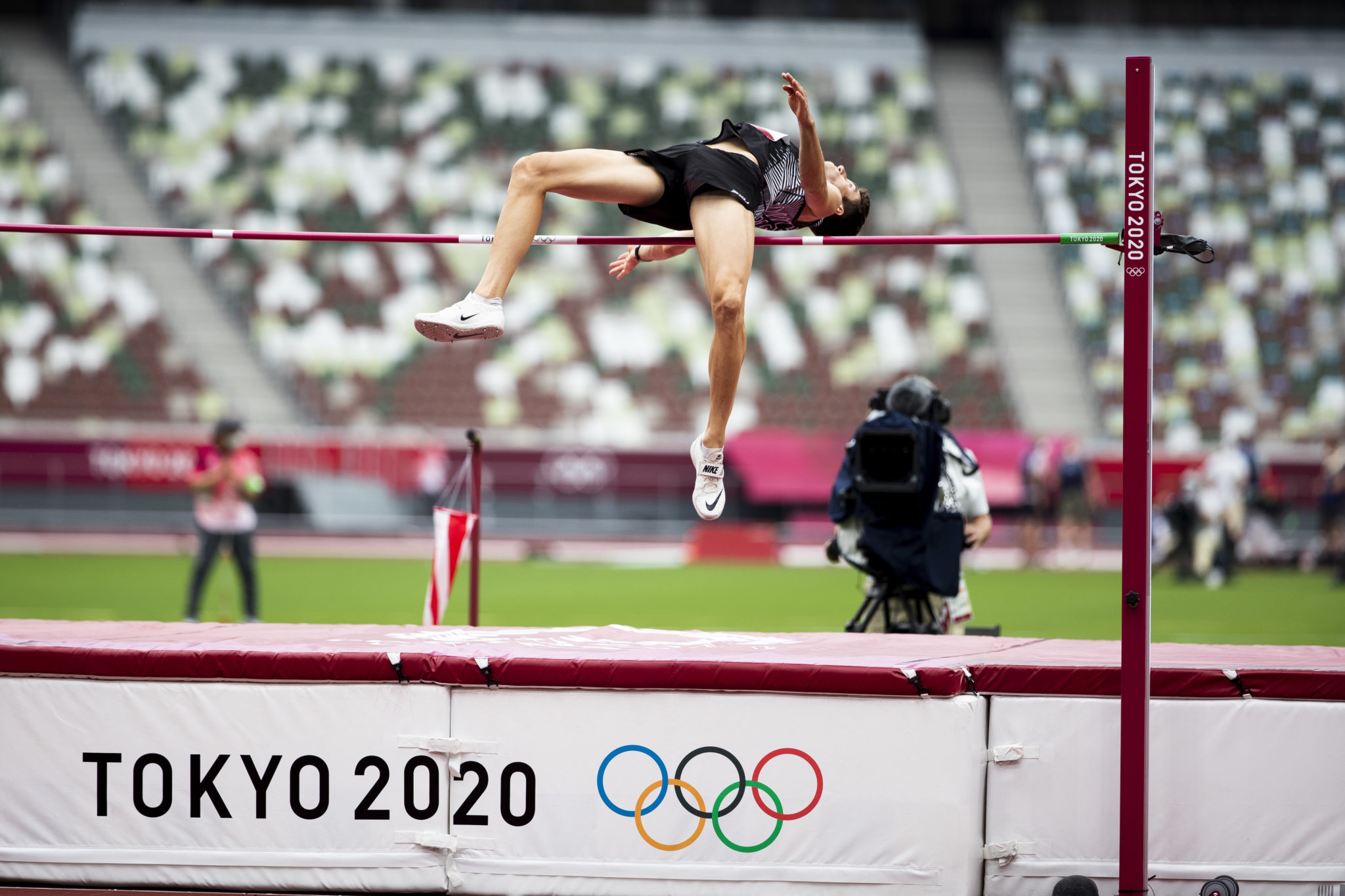 New Zealand high jumper Hamish Kerr has flown through qualifying on Olympic debut in Tokyo, and will line up in the high jump final at 10.10pm NZT on Sunday.

The 24-year-old comfortably cleared the opening height of 2.17m, followed by a tidy 2.21m. After clipping the bar on his first attempt at 2.25m, Hamish flew over on his second go and his confidence continued, with another convincing clearance at 2.28m securing his place in the final.

Hamish said he was stoked with the result, but there was also a huge sense of relief: “We knew it was there. We knew that if we executed our process we would get a good result, so I am just unbelievably stoked that I’m here and get to jump again on Sunday.”

While it was his first time competing in the Olympic Stadium, Hamish said he was focused on enjoying the experience and treating the athletics track like any other venue.

“That’s what I was really trying to hook into today,” said Hamish. “The enjoyment that I get from jumping is exactly the same here, it’s probably even more heightened because there are other guys to jump against and it’s just a really cool environment. It was amazing and I don’t think I will ever forget that experience.”

With the focus now on preparing for Sunday’s final, the first step for Hamish was to confirm when the event was scheduled to take place: “I had to ask some of the boys when the final was. I knew it was on Sunday, but we’ve been so focused on this but now our focus shifts to the next one and we’re really into it.”

Hamish was the first New Zealand athletics athlete to compete in Tokyo, with Camille Buscomb lining up in the 5000m round 1 later this evening, and Dame Valerie Adams and Maddison-Lee Wesche also competing in the women’s shot put qualifying later tonight.