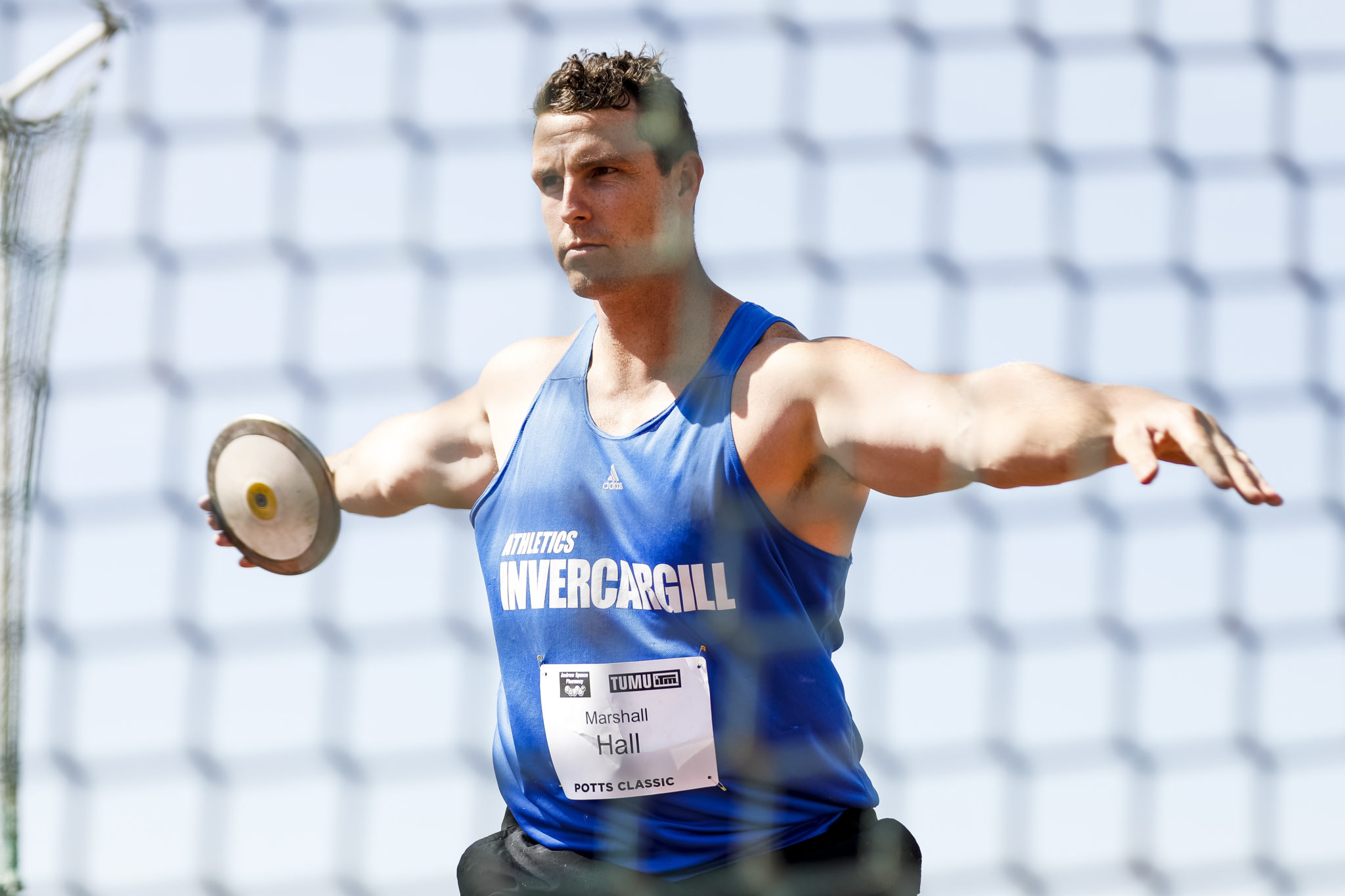 Hall, 31, New Zealand’s all-time number two discus thrower with a best of 64.55m, made the decision to walk away from the sport to spend more time with his young family after suffering a catalogue of injuries throughout his career.

“This was always going to be my last season in the sport but the final straw was suffering a severe labral tear at the beginning of the year which had damaged the cartilage in my hip. I need an operation and that will take a six-month recovery period,” he says.

“During my career I’ve suffered three herniated discs, I’ve had back surgery, a stress response in the foot and knee injuries. It was a tough call but I have a young boy and I want to spend more time with the family. I train on my own and my coach, Matt Dallow, is based in America.

“I just couldn’t see spending another winter in the discus circle or doing lengthy gym sessions with a young child at home. I’d never see him.”

Born and raised in Invercargill, Hall stands at 2.01m and is a former U18 New Zealand basketballer who switched to throwing the discus after experiencing severe back injuries.

As a youngster, Hall had dabbled in discus, winning two bronze medals at the New Zealand Secondary Schools Championships while barely training, but, just three months after taking up the sport seriously and under the coaching of Raylene Bates, he won the first of his ten national titles in 2009 with a best of 49.59m.

Hall continued to dominate domestically but, struggling with a succession of injuries and surgeries, he moved north to relocate to Auckland, where he hooked up with new coach Dallow.

Under Dallow’s tutelage, he piled on 25kg in weight and made huge gains technically.

He made his international debut in 2015, placing ninth at the World University Games and, after several seasons of knocking on the door of 60m, he finally breached that barrier in 2017 with a 60.77m effort in Auckland. It proved a huge breakthrough moment and, just three months later in Salinas, California, he hurled the discus out to a lifetime best of 64.55m.

That performance elevated him to number two on the all-time New Zealand rankings behind Ian Winchester (65.03m) and earned him selection for the World Championships in London later that year.

“Competing in the black singlet at the World Championships was definitely the highlight of my career and reward for all the hours slogging my guts out in the gym and all the sacrifices I’d made over many years,” he says.

On the biggest day of his competitive life, Hall had the huge misfortune of herniating a disc during his warm-up in London.

Competing in huge pain, he was unable to produce anywhere near his best and he placed 30th in qualification with a best of 56.64m.

In 2019, he won the last of his ten national titles in Christchurch and later that year won a bronze medal at the Oceania Championships in Townsville.

The labral tear and cartilage injury in his hip restricted him to just two competitions this year with his final competitive appearance in Hastings in January.

Working in Youth Justice with the Ministry for Children, Hall has a 16-month-old son but, despite retiring from athletics, he intends to stay connected with the sport as a coach and currently guides a young up-and-coming thrower who attends Mt Albert Grammar School.

“I leave the sport with no regrets,” he adds. “Throughout my time in athletics, I’ve always worked full-time but trained like a full-time athlete. I’m incredibly proud of my athletics career and what I’ve achieved.”