Recently-retired ten-time national discus champion and World Championships representative Marshall Hall has had his career recognised with a special presentation at the Sir Graeme Douglas International in Auckland.

Marshall was presented with a discus originally belonging to throwing legend Ludvík Daněk, who competed for Czechoslovakia and won gold, silver and bronze across four Olympics. He set three worlds records in discus, including in 1964 with 64.55m – the same as Marshall’s personal best.

Ludvík gave the discus to New Zealand Sports Hall of Famer Roy Williams (MNZM) as a gift at the 1968 Olympics in Mexico City. Roy won the decathlon at the 1966 Commonwealth Games in Jamaica and also won the national discus title in 1956.

Roy was on hand at the Trusts Arena to present the treasured discus to Marshall, who was proud to receive it and said it would be going ‘straight to the pool room’. 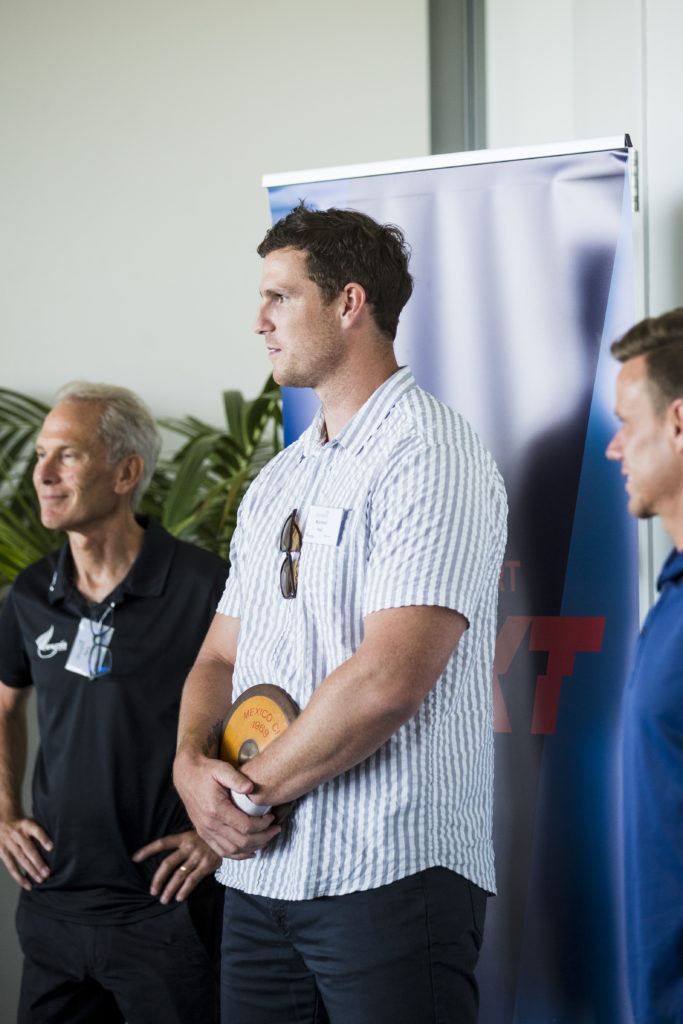