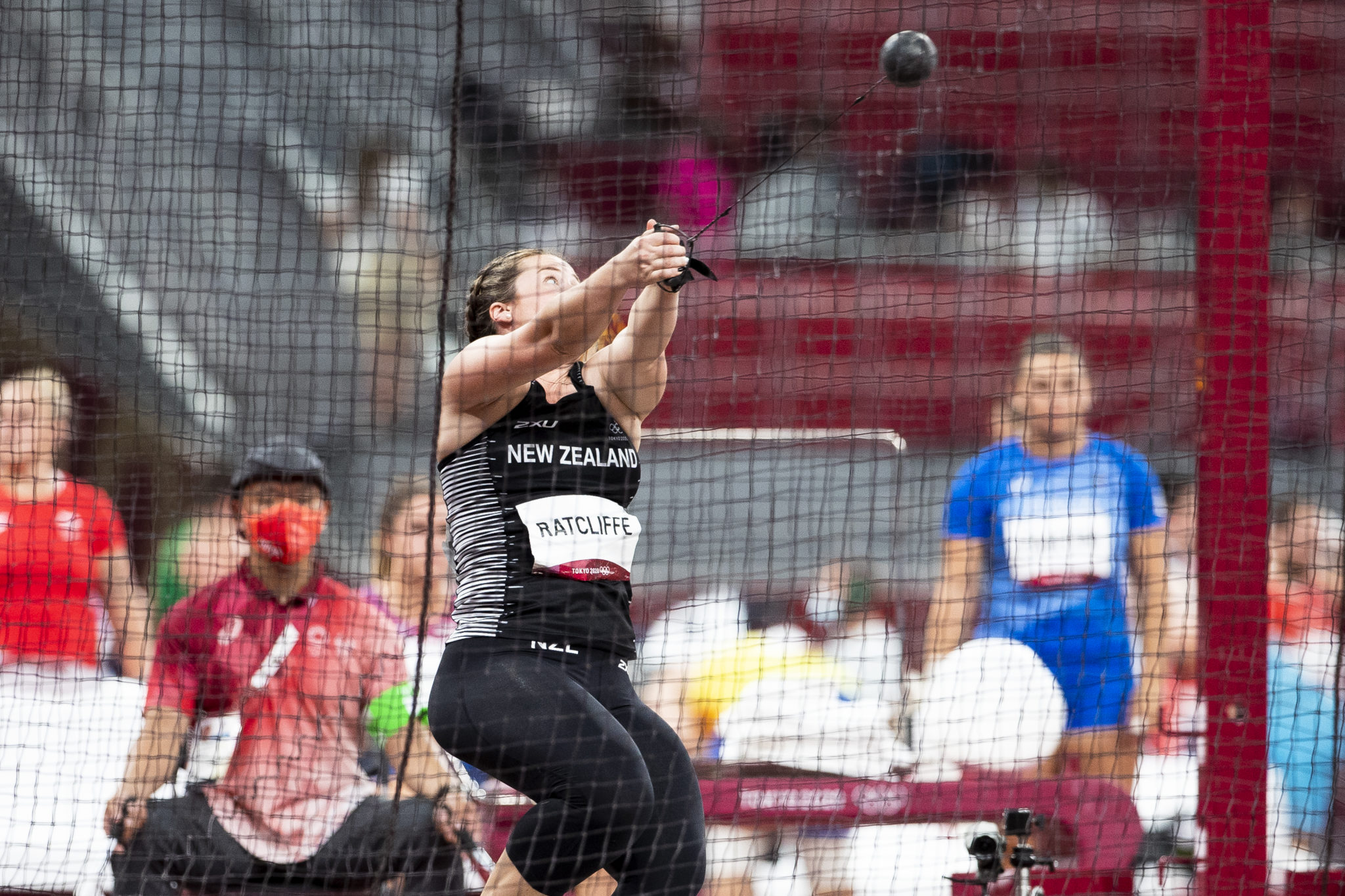 Julia Ratcliffe has finished 9th in her first Olympic hammer throw final. Looking relaxed and composed as she walked into the circle for her first throw, Julia stopped partway through her rotation, taking a moment to reset, before hurling the hammer out to 72.61m.

Her second throw of 72.69m moved her up the field, but as the competition progressed and following a third round effort of 71.79m, Julia was one place short of progressing to the final three rounds.

While happy over all with her result, the Waikato thrower said it was disappointing to not make the top eight: “I was still confident, still in really good shape, but some days it doesn’t go as far as other days. I was in pb shape and I didn’t quite get there, so I guess when those are your expectations you kind of feel a bit gutted about it. Still just processing I think, would have really loved to be out there for those last three throws, but that’s alright. Got fire for the next one.”

After a strong Olympic campaign, Julia said that reaching the final was still something to be proud of: “Things have really come together, and making that final was a really big high for us, we knew I could do it but that’s not where I was ranked going in, so definitely I’ve always managed to place above my rankings in international comps and this is no different. Something to be proud of. “

“I’m just really grateful that the games has gone ahead full stop. At the end of the day, you always want a bit more than you get sometimes, but all considering we’ve had a pretty good run.”