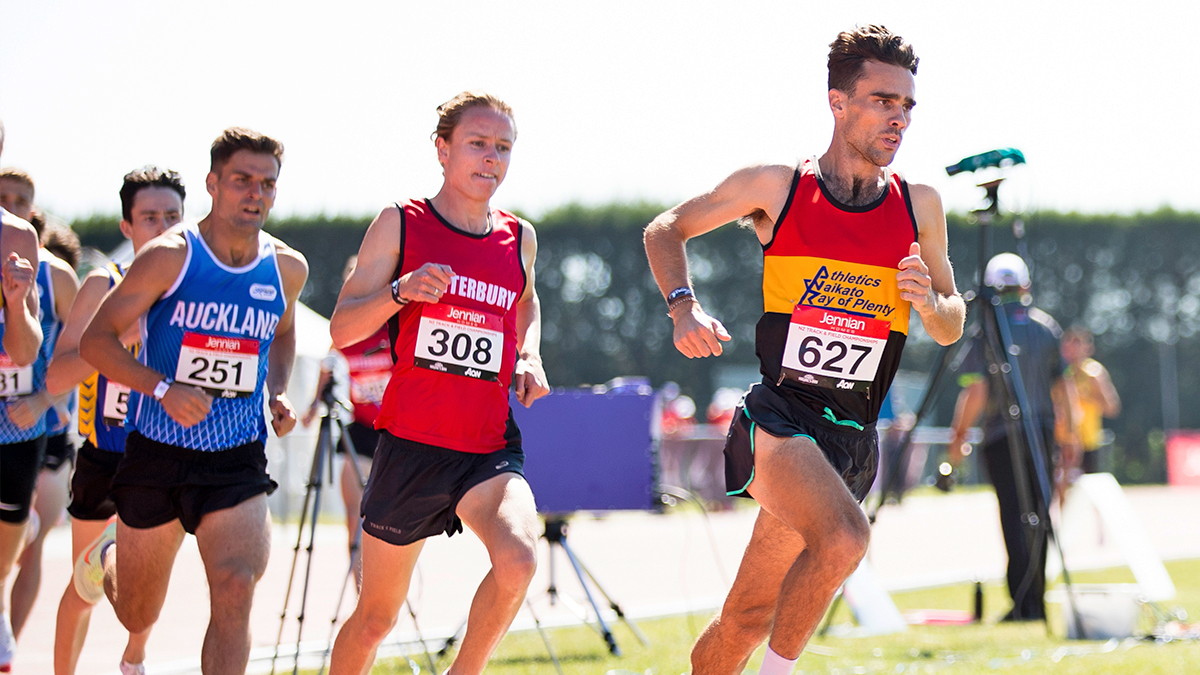 New Zealand men’s mile and 3000m champion Julian Oakley is looking forward to his journey into the unknown as he makes his half-marathon debut at Reboot: The Athletes Marathon on Sunday (15 May).

The former World Indoor 3000m finalist has primarily excelled as a middle-distance athlete and has never previously raced beyond the 10km distance, but the 28-year-old was so taken by the opportunity to compete on a flat, fast course at Tai Tapu in rural Canterbury he could not resist the chance to step up in distance.

“I think the Reboot is a great initiative,” adds Julian. “It has been tough for those marathon guys who have races cancelled because of Covid and would like to post a fast time and this gives everyone that opportunity.

“I was in the middle of my end-of-season break maybe running every other day for ten days, not doing very much when I saw the organisers of Reboot had added a half marathon. When I saw the course was flat and set up to run fast, I thought it might be easier coming from my track background than to run a hilly course. I texted my coach, Ray (Treacy) and asked him ‘what do you think of me doing a half marathon?’ He replied, ‘why not give it a crack’, so it was all on. It is an event that has kept me motivated and training through winter.”

Julian describes his track season as having gone “pretty well.” He was delighted to snare two more national titles, although was a little disappointed to have has to settle for silver in the men’s 1500m at the New Zealand Championships and settle for second in 13:37.55 over 5000m at the Night of 5s I in March when hunting a sub-13:20 time.

Taking confidence from Ray’s pedigree as a coach to Emily Sisson (a 2:23 marathoner) and Molly Huddle a 1:07 half marathoner) and other top-class half-marathon/marathon athletes, he has nonetheless only had five weeks to specifically prepare for taking on the challenge of the 21.1km distance.

“Because it was an impulse decision, I’ve only had limited time to train, although the transition hasn’t been too difficult,” he explains. “I’ve maybe added 10-15km a week to my training with some longer workouts longer tempos and longer reps on the road to get my mileage up to 160km a week. It’s been a bit of a rush but at the same time I’ve been feeling pretty good and I’m excited for the challenge too.”

Julian believes his endurance capacity is good and his small, light frame could be suited to the half marathon distance. However, he admits his ability to fare well in the half-marathon will only be really answered post-race.

“I have a goal of 1:05 and if I get under that time, I’d be happy, especially with the course being flat. Getting the pace right is half the battle. Hopefully, I don’t run the first kilometre too fast or don’t start the race jogging and have too much ground to make up. I also haven’t come to terms yet with how long the race is. Running a 5km in just over 13 minutes is different to running for over an hour – I have to stay focused.”

For the future, however, he does see the appeal in running more road races.

“There doesn’t seem as much stress road running compared to the track, which can be overwhelming with lots of people packed into a small space. Track can be hard to run how you want, it can be very tactically. I get the impression in road racing you can just got for it.”

*Reboot: The Athletes’ Marathon – which will double as the New Zealand Marathon Championships – will also feature a half marathon component.