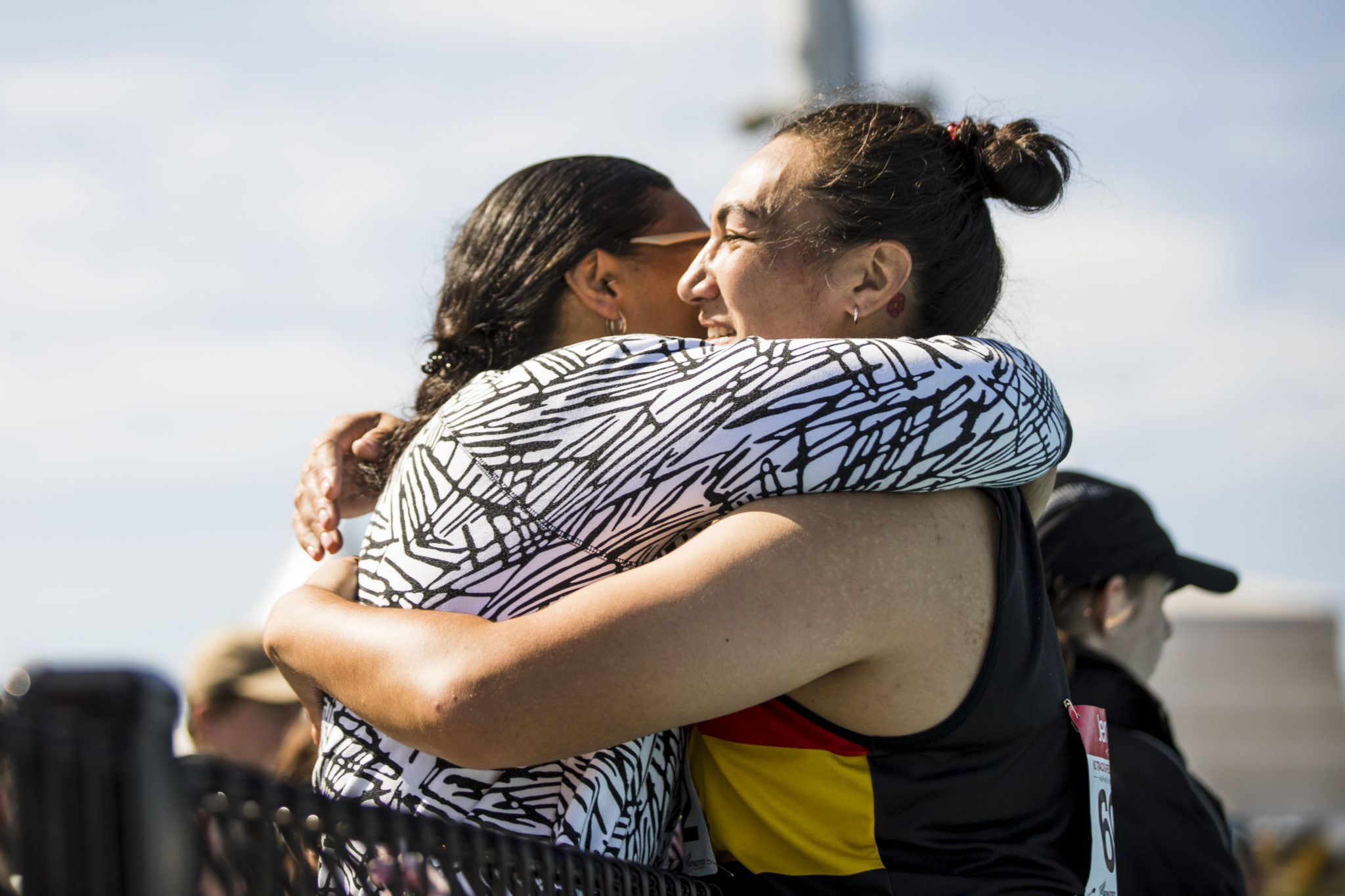 The 29-year-old F37 athlete, who advanced her own world record with a best of 15.28m when competing at the New Zealand Track and Field Championships in Christchurch in March, made an explosive return to competitive action.

Adams launched the 3kg metal orb out to an imposing world record mark of 15.47m with her first effort before adding a further 3cm on this mark with another almighty heave in round six.

The performance once again illustrated the ability of the 1.87m tall thrower from the Waikato Bay of Plenty, who is taking the event into a new realm.

“It felt really good to be back out there because it was six months since I last competed at nationals,” explains Adams.

“I was happy with my performance,” she says.

“I was pleased with my start (first throw) it then fell away in the middle and I got frustrated, but I was happy to end on a high. I’m pretty stoked. It is always good to get anything close to or around my best. It was also nice to have a gauge to show where I’m at.”

Also in shot put action was 2019 world bronze medallist Tom Walsh, who claimed victory with a solid display in what was his first appearance since winning his 11th national shot title in Christchurch in March.

The 28-year-old Cantabrian produced a consistent series, firing the shot out to a first round 21.54m and matching this mark in round two. For the remainder of the competition he was unable to better this distance, although he hurled the 7.26kg implement a handy 21.41m with his sixth and final effort.

More shot quality was witnessed in the senior women’s event as the 2018 world U20 champion Maddison Wesche unleashed an eye-catching fourth round effort of 17.98m to take victory.

Four times she heaved the shot beyond the 17m and she will be encouraged with this performance which came within 34cm of her lifetime best.

Elsewhere, Corran Hanning (Wellington) bettered his national F12 U17 shot record (subject to ratification) with a best effort of 11.74m and completed the double with victory in the discus courtesy of a 37.31m hurl.

At a meet in which the throwers took centre stage, the men’s U20 world number one Connor Bell (Auckland) once again was in outstanding form. The 19-year-old Youth Olympic Games champion hurled the 1.75kg implement out to a best of 64.78m in round six – a mark only he with his 67.40m effort in Christchurch in March and Spaniard Yasiel Sotero have exceeded globally this year in the men’s U20 division.

Lauren Bruce (Canterbury) took victory in the women’s hammer with an impressive mark of 66.62m – within almost a metre-and-a-half of her lifetime best.

The Spring Series – designed to give extra competition for New Zealand’s elite athletes, many of whom have been starved of competition because of the global pandemic – also witnessed some competitive sprinting.

Osei-Nketia may have suffered narrow defeats in the 60m and 150m but the gifted teenager prevailed over the 300m distance, posting a time of 34.67 to edge Millar by 0.03.

In the women’s 60m Symone Tafuna’i claimed an impressive victory against a high-class field, registering a rapid 7.43. The 22-year-old Aucklander with a 100m best of 11.95 – finished 0.05 clear of Georgia Hulls (Hawkes Bay Gisborne) with Zoe Hobbs, the national senior women’s 100m and 200m champion, placing third in 7.50.

The 300m was secured by Portia Bing, the 2019 World Championship 400m hurdles representative. The versatile 27-year-old, who placed fourth in the 150m, claimed a comfortable win from Shannon Geary over the three-quarter lap distance, registering a time of 37.96.

The second of the Spring Series events at the Hawkes Bay Regional Sports Park takes place on Thursday and will feature shot put. The third and final competition in the series on Sunday showcases shot, discus, hammer and javelin.