Magic of the mile returns to Cooks Gardens 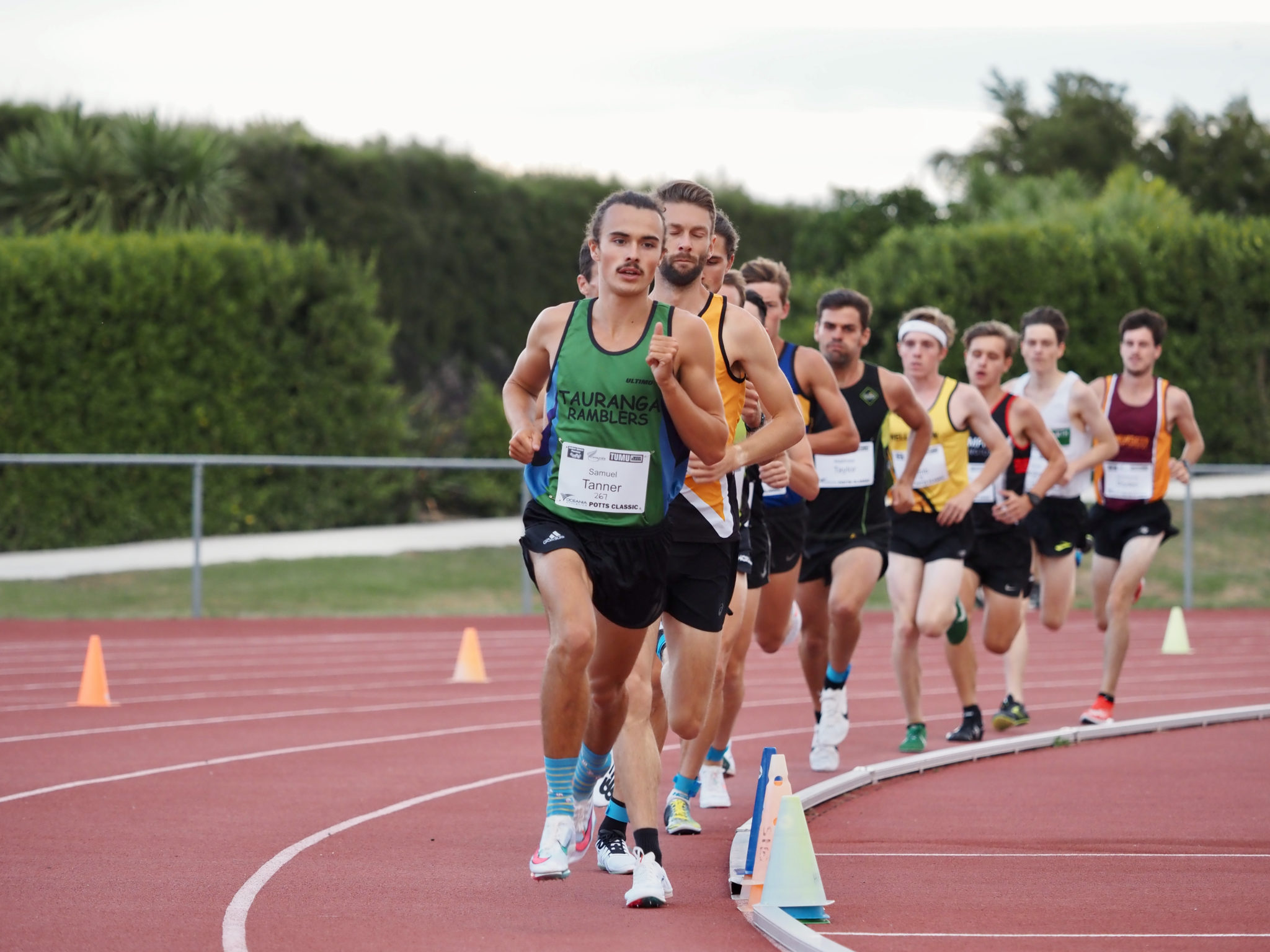 Sam Tanner is looking to back up his 3000m win with another national title in the New Zealand Mile Championships at the Cooks Classic (Photo: Mark Roberts)

A venue made notable by the world record-breaking mile exploits of Sir Peter Snell in 1962 will come alive again with the re-introduction of the New Zealand Mile Championships at Cooks Gardens in Whanganui on Saturday evening.

Two years ago at the famous track, a then 18-year-old Sam Tanner set a New Zealand under-19 and under-20 mile record of 3:58.41. After winning the national 3000m title at the Potts Classic in Hastings on Saturday, Tanner is hoping to run the mile in 3:52-3:53 and add another national title to last weekend’s triumph.

Four other sub-four-minute milers have entered, ensuring an exciting race. Hamish Carson, who has won ten national titles over various distances, clocked his first sub-four mile in Whanganui nine years ago. Eric Speakman, national 1500m champion in 2017, went under the barrier at the Gardens in 2016 while Julian Oakley and George Beamish have both bettered four minutes in the United States, Beamish as recently as February last year with an indoor 3:56.90 in New York.

Also coming into the frame is national under-20 800m record holder James Preston, who ran an impressive 800m in 1:48.67 at the Potts Classic.

A total of 65 sub-four-minute miles have been run at Cooks Gardens and the opportunity is there for this number to increase after Saturday.

The women’s mile is meanwhile set for a close race between Camille Buscomb and Katherine Camp. Buscomb, three times national 3000m champion, has not won a 1500m title but Camp won the metric equivalent of the mile in 2019. Buscomb has a best mile time of 4:37.68 and Camp 4:44.24. Kara Macdermid will be keen to put up a bold showing in the mile after winning the national 3000m title last weekend. Her best time is 4:39.57, set in Belgium in 2014.

A number of records are under threat, with the meeting record of 4:36.07 set by Lucy Oliver, the New Zealand resident record of 4:33.93 set by Anne Audain and the national record of 4:30.50 set by Christine Pfitzinger all likely to be challenged.

Dick Quax won the last national mile championship in 1969 in 4:05.3 while Heather Matthews claimed the women’s title in 4:52.5, before the national championships went metric in 1970.

Jacko Gill signalled he could be ready to break the stadium shot put record of 20.06m, set by Reijo Ståhlberg of Finland in 1980, after his third-best career performance of 21.33m on Auckland’s North Shore on Tuesday evening. But Tom Walsh will be looking to do the same after winning at the Potts Classic with 20.78m.

Gill will be aiming to claim back-to-back wins against Walsh after triumphing over the Cantabrian for the first time since 2011 at the Night of 5s in Auckland just before Christmas. Ryan Ballantyne is also down to compete in the shot.

The other highlight in the field events should come in the women’s hammer throw with national record holder Lauren Bruce making her first appearance back at Cooks Gardens since 2014, when she competed at the iconic venue in the New Zealand secondary schools championships. On that occasion, she broke Julia Ratcliffe’s schools record of 57.67m with a throw of 63.67m with the 3kg hammer. Bruce has every chance to improve on Bronwyn Eagles’ stadium record of 65.83m.

Maddison-Lee Wesche is in line to challenge Dame Valerie Adams’ stadium record of 17.06m in the shot put following her throw of 18.08m at the Potts Classic. Interest will also centre on Para athlete Lisa Adams F37 and whether she can improve on her world 3kg record of 15.50m.

Elsewhere in the field, Tori Peeters will be keen to improve on her New Zealand resident record of 57.79m in the javelin throw and in the process post a fresh stadium record, surpassing Kirsten Hellier’s mark of 55.44m.

Abby Goldie will compete in the women’s sprint double and Natasha Eady is down for the 200m.

Portia Bing will be challenging herself in the 400m hurdles and Zoe Ballantyne’s 2013 stadium record of 60.85 is likely to disappear. But Cameron French will have to dig deep in the men’s 400m hurdles to dislodge Zion Armstrong’s record of 50.91.

Will Anthony and Zane Powell will meanwhile resume their rivalry in the New Zealand U-20 3000m Championships. Anthony came second last year and is fresh from his tenth placing in 8:16.84 in the national senior championships at the Potts Classic, while Powell, national U-18 champion for the last two years, earned victory at December’s national secondary schools championships in 8:31.48. Andres Hernandez, fourth last year with a best of 8:33.89, Cameron Clark, Ben Bidois, Max Yanzick and Andre Le Pine-Day are the other leading runners entered.

Brianna Lee will be up against the Browne twins Bella and Chloe in the race for the women’s under-20 3000m title. Boh Ritchie, Mackenzie Morgan and Stephanie Walker are likely to make for an interesting race for the medal placings.

Ben Langton Burnell is set to make a welcome return to the javelin throw. The three times national champion last competed in Hastings in September where he threw 70.23m.

Hamish Kerr, who holds the stadium record of 2.22m in the high jump from 2019, will compete with recent two-metre jumper Tom Moloney. Keeley O’Hagan, Josephine Reeves and Alice and Josie Taylor are also in the women’s high jump.

Anna Thomson could give the stadium record of 12.97m in the triple jump a nudge while her brother Scott is in line to take out the men’s triple.

The Cooks Classic will be streamed live on the Sky Sport Next YouTube channel from 7pm.